Brian and I went on a date last night to see World War Z.

I hate zombie movies. Probably because they scare me so much.

…but Brian really wanted to see it, so we went.

THOSE WERE THE SCARIEST ZOMBIES EVER! 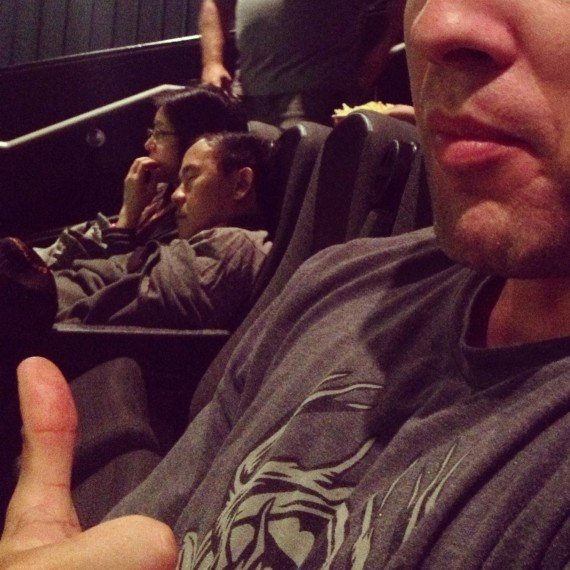 Well, I guess some of us thought it was scarier than others.

The one thing I feel the characters in the movies have going for them is their speed. Zombies typically don’t move so fast, but in World War Z, they were speed racers. I thought I was going to have an anxiety attack.

And these zombies don’t die from a typical shot to the head. No, no…you have to burn these little road runners.

And then the end…I won’t give it away, but I did not feel like it was a totally resolved…which probably made the movie better, but I ended up with nightmares the whole night.

Actually, did you know they had to rewrite and reshoot the the last 30 minutes of the movie? It was completely different.  Here is the original ending.

I’ll admit, the movie was really good. Get your heart pills out, though.