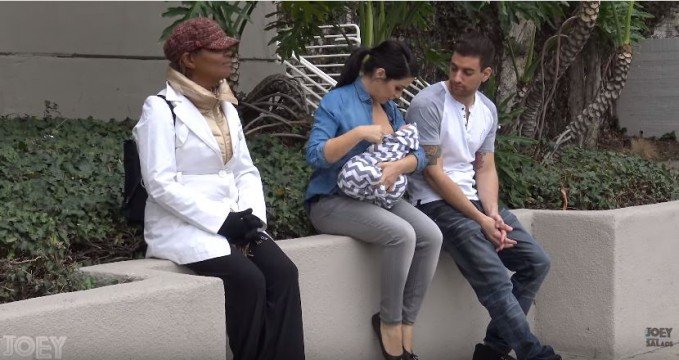 
Unfortunately, only a few comments later, on Youtube, Joey apologizes to men for posting this video.

Let’s end on a positive note and take a moment to recognize the two women who had no reaction at all because what they were seeing was normal.

Jan 12, 2016Jamie
Eight-year-old boy learns the art of 'drag' makeup and kills it!Mothers Would Earn Over £80,000 A Year If Motherhood is a Paid Role