Home > Your Guide to the 19 Types of Miscarriage: Know Your Body

Your Guide to the 19 Types of Miscarriage: Know Your Body 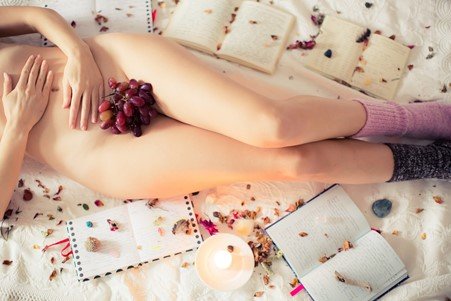 Losing a baby, even when it is not yet fully developed, can be very upsetting. That said, after so many decades of shame and silence surrounding miscarriages, it’s time we got educated. In doing so, we can find comfort in the science behind them, and the fact that they happen every day.

From early miscarriages to late, from chemical pregnancies to abortion, from preterm delivery to stillbirths and neonatal death, the term miscarriage encompasses them all. In this article, we’ll be describing these 19 types of miscarriage in more detail to help you understand the science behind it all. Take a look…

What Are the Different Types of Miscarriage?

This occurs when a miscarriage happens during your first pregnancy. Although some people might assume that this means that they’ll end up with a history of continued miscarriages, this is not the case.

A secondary miscarriage is when a miscarriage occurs after you’ve already given birth. This can also be called a sporadic miscarriage, as it can be a bit of a shock to someone who’s already had children before. However, it shouldn’t be confused with repeated or recurrent miscarriage (see below).

This is when a person repeatedly experiences miscarriages, and is defined as having three or more in a row. This can occur for a huge number of reasons, so it’s best to seek a doctor’s advice and help if it’s really affecting you.

First-trimester miscarriages, also known as a spontaneous abortion, are ones which occur before the 12-week mark. They are actually very common; more so than later miscarriages. In fact, 80 percent of miscarriages occur during the first 12 weeks of pregnancy.

A later miscarriage is classed as any that happen between the 12- and 24-week marks. They are rarer than early ones, but they still occur for a number of reasons, including:

If a baby dies at or after 24 weeks of pregnancy, this is known as a stillbirth. This is when the baby passes away within the womb from any of the reasons listed above. It can also occur due to issues with the umbilical cord or placenta, or medical complications during the birthing procedure.

Neonatal infant loss is when a new-born baby dies within the first 28 days of life. This usually occurs if the baby is premature, has a birth defect, or if there were unusual complications during the birth.

If the stillbirth or neonatal death occurred due to a medical complication, there may be a chance that you can seek compensation for this. After all, these losses can cause all sorts of grief and despair, so this might be a way to help you cope.

This occurs very early on in a pregnancy, usually so early on that the pregnant person doesn’t even realise they’re pregnant. To them, it might just seem like their period, as a bit of bleeding may be all they experience.

This is also known as a missed miscarriage, and can only really be detected after medical tests are done. Not much is known about this type, but doctors think they may be caused by chromosomal problems in the baby.

This is the opposite end of the scale, where a person is aware they’re pregnant, with all the signs and symptoms of pregnancy, only to lose it. This definition is all-encompassing of many other types of miscarriage we’re discussing in this list.

An ectopic pregnancy occurs when a fertilised egg doesn’t manage to travel all the way to the womb, getting lodged in one of the fallopian tubes. If the embryo remains here, and continues to grow, this can be fatal to both mother and child.

Symptoms could include severe abdominal pain and bleeding, and anyone suffering from these symptoms should seek immediate medical care. If the fallopian tube ruptures, it could lead to severe problems.

The embryo will not survive, either way, so the only way for an ectopic pregnancy to be solved is for the embryo to be removed. This will save the mother’s life.

A blighted ovum occurs when a foetus doesn’t develop, but a gestational sac continues to grow. The person may experience pregnancy-like symptoms, which means they may believe they are still pregnant for a while. This may end naturally or can be treated with a dilation and curettage.

During the first 20 weeks of pregnancy, a threatened miscarriage may occur. This is when the mother experiences symptoms of a miscarriage, like bleeding and cramps, and can be pretty scary. However, the baby usually remains healthy, and will often go on to full term.

This is similar to a threatened miscarriage, in that the person will experienced unexplained bleeding and abdominal pain. With an inevitable miscarriage, however, the cervix opens alongside these symptoms, and the bleeding and cramps may be heavier and more painful. In this case, the foetus will not be expelled, and should go to full term.

This is when a miscarriage occurs, meaning all the usual symptoms of bleeding and cramping will proceed, as well as the cervix dilating. However, unlike other miscarriage, not all of the tissue is expelled.

Usually, this won’t require medical intervention, and will run its course. That said, if the leftover tissue doesn’t leave naturally, it can cause infection, and will require some assistance.

Much like a clinical miscarriage, a complete miscarriage encompasses a number of other types. This is because it’s the general term for a miscarriage where all the pregnancy tissue is released out of the body.

A molar pregnancy occurs when an abnormal fertilised egg implants in the uterus, causing the cells in the placenta to grow far too quickly. This means they take over the space where a healthy embryo would otherwise develop. There are two types of molar pregnancy:

This is a chromosomal abnormality, and a foetus in this situation will never grow normally. It’s a rare condition, and won’t come to full term as it has the wrong balance of chromosomes to survive.

In a normal pregnancy, the cervix will begin to dilate when the baby is ready to be born. However, a preterm delivery from cervical insufficiency occurs when the cervix dilates too early on in the pregnancy, resulting in a miscarriage.

This usually occurs due to a week cervix, and will occur later on in the pregnancy due to inability to support the baby’s weight. It may not always lead to a miscarriage, however, and can simply lead to premature birth.

This is when an embryo does not survive in the womb, but instead of the tissue being expelled, it is absorbed by the remaining twin. Usually, this occurs when the lost twin has chromosomal issues which means it would never have fully developed in the womb anyway.

An abortion, or selective miscarriage, occurs when the expectant mother terminates the pregnancy of her own free will. This could be for medical reasons, economic reasons or personal reasons.

Have You Experienced a Miscarriage?

As you can see, there are a lot more types of miscarriage than you might have thought. Many of the above meld into one another, most certainly, but each term is a definition in its own right, and certainly worth knowing about.

We hope this article has shed a light on the many ways in which a miscarriage can occur. Hopefully, this has helped to educate you a little more on the way the female reproductive system works. Finding comfort in this science may just help you on the road to recovery.

Nov 10, 2020Rex
So, can working from home have an impact on your sleep?Tips on How to Travel With Kids Safely