Crepitus: Possibly a legitimate Roman god of flatulence, or a potentially overblown deity thanks to historical Christian satire and French literature (and really anyone else who liked a good fart joke).

I’m hoping it is the former, just because that would be hilarious. 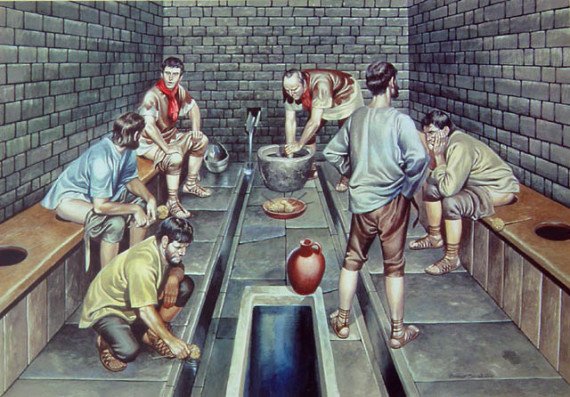 Going to the bathroom in ancient Roman times was apparently also a social event.

And since we are kind of on the topic, here is another random fact.

This is a “spongia”: 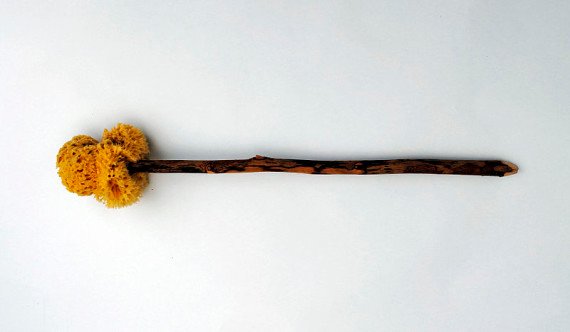 According to Object Lessons, this is what you would be using instead of toilet paper if you were living in ancient Roman times:

Toilet paper did not exist in Roman times so the Romans used a “spongia” instead. This was a sea sponge attached to a long stick. Roman public toilets consisted of a long marble bench with holes at the top (to sit on) and holes at the front – for the sponge sticks. Most Romans wore long tunics, with men’s reaching the knees and women’s being longer, and probably nothing underneath so it was easy to use toilets communally. You would sit on the toilet, (possibly chatting to friends) and when you were finished you would push the spongia through the hole at the front, wipe your bottom, rinse it in the channel of running water by your feet and leave it in a basin for the next person to use!  –Object Lessons

Now I have the strong urge to go wash my hands…

Sep 19, 2013Jamie
The Kid from Pet Sematary is My DoppelgangerBreastfeeding Art: Hinduism