Home > Why You Should Encourage your Kid to Play Dress Up

Why You Should Encourage your Kid to Play Dress Up 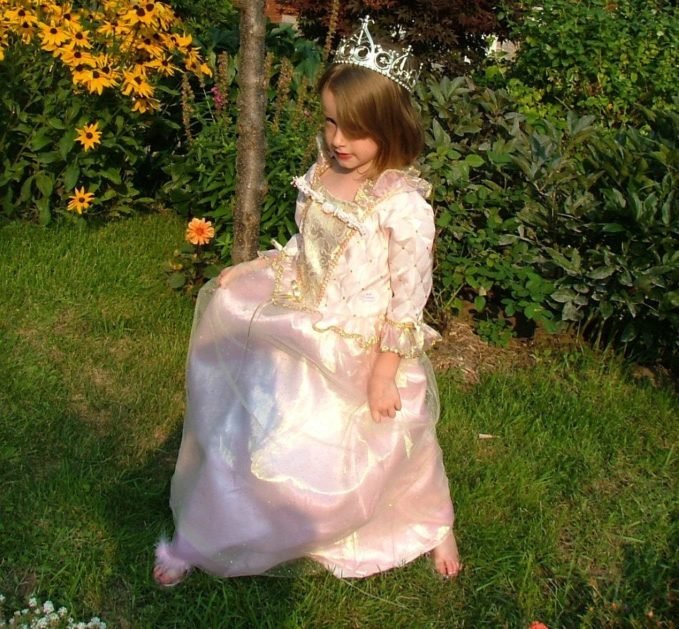 Costumes and having fun go hand in hand. But did you know that dressing up is not only fun, but also crucial for children’s development? In an age where boys and girls are glued to screens at a younger age than ever, dress up in superhero costume, doctor or their favorite Disney character can teach them many important skills that they use for many years to come. Here are 5 reasons why dressing up can help your kids’ development.

Imagination: Imagination is the cornerstone of dress-up. Kids have to think of characters, plot and action. Whether your boy want to play a knight in shining armour, a pirate on a quest, or a doctor, dressing up opens the door to endless possibilities. Fostering your child’s imagination is not only fun, but a key pathway to creative thinking. Rather than mindlessly playing pre-programmed games, children can begin to think and create for themselves. Even when a girl or a boy reenact TV show they watched recently and dress up in a PJ Mask costume, Power Rangers or Paw Patrol, often they start with what they saw recently then expand on the story line and take it to completely to a different story and outcome. So you may find your toddler in an Owlette costume fighting along her old brother in Dash costume from the incredible movie to protect themselves from the flying dragon. Disney take some clues!

Socialization: Two heads are usually better than one, especially when it comes to dress-up. Costumes and play time are best explored among friends, siblings and other family members. As the children are playing around (and don’t be shy about joining in), they have to agree on roles, plot and context. Kids can begin to learn important social skills, such as teamwork, negotiation and compromise. Even toddlers can greatly benefit learning these socialization skills early on and continue to build on them through childhood and will eventually help them as they enter adulthood. So don’t forget to invite the neighbour’s kids over for dress-up time!

Emotional Development: The combination of socialization and imagination fosters a third type of development; an emotional one. Each child grows and matures at their own pace, and some are more timid than others. Role playing can help kids vocalize emotions that they might not able to articulate. By playing dress-up, they can overcome fears and uncertainties among their peers in a more relaxed setting. Costumes can give them an outlet for their emotions, which they can learn to express in a healthy, creative and enjoyable way!

Vocabulary Building: Costumes are more than meets the eye for another reason; they help children in the development of their vocabulary. Throughout a game of dress-up, kids need to express their thoughts and imagination. How are they going to describe the princess, as timid or brave? And the flying dragon, is it friendly or aggressive? What type of dinosaur is joining the game, a raptor or triceratops? As children find new words to articulate their ideas, they build their vocabulary and practice their grammar (unless they’re dressed as mimes). The more time they spend interacting with other boys and girls and expressing their thoughts, the better!

Brain Development: Believe it or not, spontaneous and unstructured play is attributed to increasing connections within the brain, particularly in the area responsible for problem solving. Playing around with costumes is an inherently spontaneous activity, you never know what your kids will think of next. As they play dress-up, kids can learn to be more flexible in unexpected situations. This can help them develop problem-solving skills, all while having fun!

So why don’t you bring out the costumes you bought for Halloween, put them in a box in the play room and encourage your kids to play dress-up?  Most kids won’t need much encouragement: their natural creative streaks will kick in once they see the costume box. As girls and boys grow up, they will enjoy group play even more and even older costume will find a taker when the younger sibling joins in.

Many boys and girls show gender-typed preferences for play and dress up roles, with girls enjoying princess and dolls costumes while boys leaning towards action figures costumes like superheroes and knight. Nevertheless, you can encourage them to expand their gender stereotype and encouraging them to explore gender roles by adding costumes they had not thought of. Some boys like to wear dresses and play with make-up, especially in the preschool years. Some girls prefer boy toys and may prefer ninja and spiderman costumes to princess, particularly when they have older brothers. Occupation costume like police costume, fire fighter, doctor and astronaut costume are gender neutral so are all the animal’s costumes.

Don’t forget to join the fun and play dress up with them too and take some pictures for memory lane. One day you may look back at these pictures and fondly remember your family time together.