Home > Friday Thoughts- Why My Son Needs to Know His Birthday

Friday Thoughts- Why My Son Needs to Know His Birthday

We made it to Friday! Honestly, I’m always kind of surprised when Fridays roll around and I’m still in one-piece. However, I’m less surprised than I was a year ago. Although the boys are getting older and with that the  calmness and wrangling of their energy in certain situations has made life a little more relaxing on my end.

I felt my first bittersweet moment in the realization that they were getting older the other day. It happened this week when Aram lost his first tooth. Out of all things, learning to walk, learning to talk, even weaning! Nope…A missing tooth.

Samuel still has all of his baby teeth, but is now hoping to join his brother. He will run to the mirror each morning and check each tooth for mobility. We had to reassure him that each person loses their first tooth at the time they are supposed to.

Where Samuel is from in Ethiopia, birthdays are not really celebrated, nor is an exact date known. Many people can give you an estimate based off of the crop seasons, but it just isn’t a big deal. So, Samuel came home without an exact birthdate. One was estimated after interviewing his family and medical examination. However, the Ethiopian (Ge’ez) calendar is much different than the Gregorian calendar we follow (for instance, it is the year 2006 there) and the medical examinations are sometimes very off due to stunted growth from lack of basic micronutrients as well as parasitic infections. One of the best ways you can estimate a child’s age is by teeth or by other developmental milestones or markers. Most children come home estimated age younger than heir biological age (a tell-tale sign is after a few months of addressing nutritional deficits the child goes through puberty likely delayed by the lack of readily available nutrients in the body). Samuel’s teeth indicate he is probably around his estimated age that was assigned to him in the orphanage (or possibly slightly younger, which is very unusual). With Samuel, I didn’t think knowing his exact birthday was a big deal because like in Ethiopia, our family isn’t really big on celebrating birthdays, either.

I started viewing it differently when I picked up a book for the boys, Henry’s Freedom Box: A True Story from the Underground Railroad

This was the first page of the book: 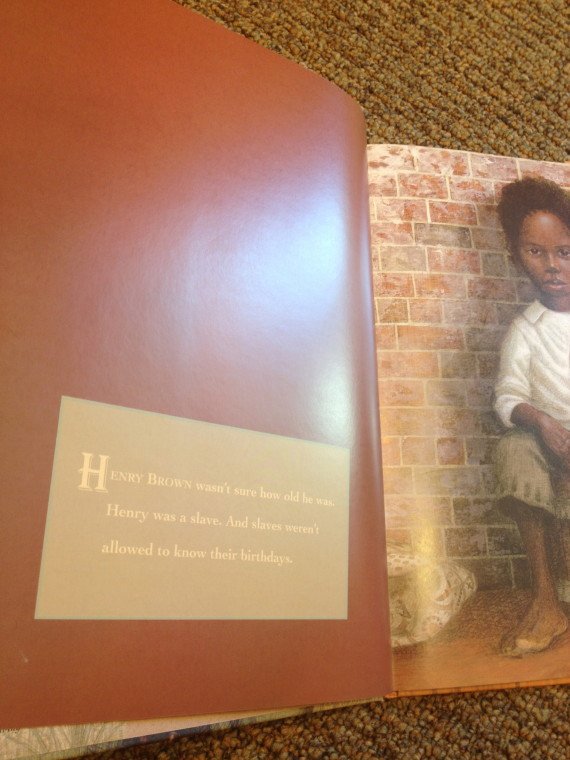 Henry Brown wasn’t sure how old he was. Henry was a slave, and slaves weren’t allowed to know their birthdays.

I started realizing it isn’t about the actual date, it is what a birthday represents in our country.

, was an American slave that later became a leader of the abolitionist movement. He spoke about how and why slave owners would deliberately attempt to dehumanize the American enslaved people:

I understand that birthdays in Ethiopia may culturally not be something many pay attention to, but Ethiopian or not, my child is an American-  specifically a black child in America, who will, God-willing, grow into a strong black man. And my child is going to know his birthday.

So, regardless of whether or not we receive a concrete date of when Samuel entered this world, there will be no over-explanation about the mystery surrounding the exact date. Samuel will always be informed about his cultural practices, and why his story, like everyone else’s, is unique. However, we will not dwell on the fluidity of the date on his birth certificate. This is his to take ownership of, this is the date that represents so much of his past, present and future, and honors those who came before him in this country that were not given the dignity of having this day to call their own.