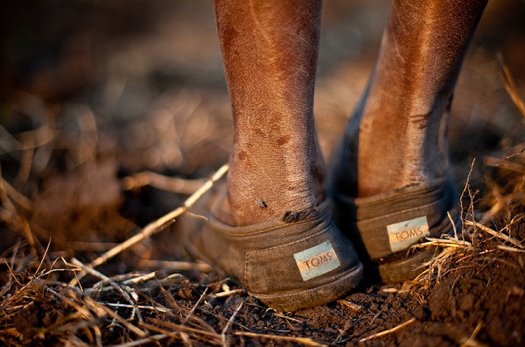 ‘White Guilt’ doesn’t really exist in my home country, the United Kingdom. Don’t get me wrong: we have our own battles with racism, with neo-nazi right wing groups, with xenophobic immigration fears, and a long history of imperialism and colonialism. But the United States is different to any other predominantly white country. The United States has, as a large part of its population, the direct descendants of those people of Native American and African descent who were raped, beaten, trapped, bought, sold, exterminated or shackled and shipped over to this country as objects or possessions for the original American people, those of white European descent. We Brits can – and do – pretend that our own unholy history does not exist. When our Empires crumbled, we left the countries we had enslaved and humiliated, slunk back to our little island, taking all our ill gotten gains with us, and managed to feign, for the most part, a great deal of ignorance of what crimes we had committed against other people because of their skin color.

Because America had to struggle with its racist legacy in a more direct way, this country is far more fractured and volatile than European countries with similar Imperialist histories. American society is very far from being Post-Racial. It’s a society which still maintains and perpetuates inequality by valuing whiteness and its supremacy. As a white American, please look around at your friends, your family, your neighbors, the TV, the movies, the magazine covers, the front page of the New York Times. What do you notice? Probably nothing. Look at people’s skin color (it’s not racist to look at skin color and notice it, I promise you) Are most people white? I know they are, because I’m looking too. We, as white people, need to start noticing other white people, how much we dominate this space. We need to start noticing inequality. We need to start taking a drive through Compton and Inglewood, and then Santa Monica and West Hollywood. We need to start wondering why our country is so segregated. We need to start asking questions, like why are more black men incarcerated for non-violent crimes than white men? Why do black children have higher infant mortality rates than white children? Why do black women earn so much less than anyone else? Why is one black men killed every 27 hours by police, security guards or vigilantes? Why are more black children more likely to be left languishing in the foster system than any other ethnic group?

Often, white people who ask these questions, white people who start to challenge the very basic assumptions we have grown up with, white people who start to educate themselves about racism and their part in it, are told they are suffering from ‘White Guilt’. ‘White guilt’ is a pejorative term usually leveled against Liberals and those on the left to suggest that white people, rather than accepting and challenging systemic racism by focusing on their own behavior and of those around them, instead try and focus on gaining forgiveness and redemption from people of color for the crimes their ancestors have committed. White guilt, along with a fear of people of color, a fear of engaging with people of color and an empathic response to racism, is cited as one of the psychosocial costs of racism to white people. As far as costs go, let’s admit it – we white people got off lightly. People of color got killed, raped, beaten, tortured – and white people got a few ‘psychosocial costs’. Just wanted to clarify that, in case anyone thought I was on the ‘poor white people’ road. I wasn’t.

Commentators on the Conservative Right love to throw the ‘White Guilt’ charge around. As George F. Will writes: “[White guilt is] a form of self-congratulation, where whites initiate “compassionate policies” toward people of color, to showcase their innocence to racism.”

People on the Radical Left love to hurl the term around as well, usually with a sneer at the back of their throat. They suggest that white guilt is a highly useless emotion which does nothing except validate difference and inequality, without challenging it.

I hate to say it, but it looks like the Radical Left and the Conservative Right might actually be correct. White Guilt is pretty useless. It starts out OK – white people learning about the history of Imperialism and Colonialism and the complicity of their own white skin in racism today – but it quickly descends into a messy bog of social niceties, of white people bending over backwards to “please” People of Color without actually confronting the roots of racism. And let’s face it, it’s nice to be liked. It’s nice to know that the world is a pretty mean place and racism exists, but you, as a white person, are better than the rest of those assholes because you send money every month to a cute orphan in the Congo through Christian Aid, because you smiled at a homeless black guy on the street and gave him a dollar, because you voted for Obama, because you have never used the ‘N’ word, because you “don’t see skin color”. This is a lie. Everyone sees skin color, the same way we see if someone is fat, or thin, or ugly, or pretty, or short, or blonde, or dark haired, or…. and like all the rest of this information, we process it, and we end up with a conclusion at the end of it. Our conclusion might be: that person is hot. That person looks fun. That person looks kind of mean. Or that person is black. And whether someone is black or white means so much in this tense, racial quagmire of America, whether someone is black or white has such an impact upon that person’s destiny, that anyone who says they do not ‘see’ this difference is lying, or giving into their own ‘white guilt’.

It’s hard to directly challenge racism as a white person, because challenging racism means standing up and saying: “I’m white. I’ve benefited from my skin color my entire life. I have probably contributed to racism in many ways which are painful for me to acknowledge.” But white people don’t like to do that. White people don’t like to admit racism exists, first of all. If we ever get over this enormous hurdle and admit it exists, we like to try and overcompensate for our own innate racism by apologizing for it, citing our numerous friends of color as evidence that, personally, we “aren’t racist” and then blithely, by trying to level the playing field, creating opportunities for people of color which alleviate our own anxiety about this new found consciousness we have. And then we feel like our job is done, and go back to snoozing in our predominantly white lives, with our white friends, white partners, white family members.

There is a way to acknowledge your own whiteness, and your whiteness’ complicity in systemic racism, and to challenge racism every single day, and avoid being someone who is one of those useless ‘White Guilt’ proponents. It’s hard. I’m not an expert, this is all entirely subjective and based upon my personal opinions, and I’d love for other people to chime in, but here’s my prescription for combating White Guilt and challenging racism:

Here’s an example: as a foul mouthed Brit, I called two girls “idiots” online and was scathingly rude to them. One I knew to be Latina, the other I actually thought was a white guy with a Jewish sounding name. Had I known they were both women of color, I would still have called them idiots and my opinion of them, which was pretty low, would not have changed. They responded, and called me racist, citing that because they were both women of color, I had no right to be rude to them. Now, a white male who agreed with my assessment of these women but was scared of being called racist, told these women that he agreed with them, while admitting privately that he thought my low opinion of them was correct. White male is exhibiting classic signs of White Guilt: a fear of engaging with POC in an honest way because racially charged terms were being used. His desire not to be seen as racist, even when his views were not colored by race, forced him to behave in an insincere way, a way he would not have behaved around white people. This segues nicely into: