Home > Where Does Your Presidential Hopeful Stand on Breastfeeding? 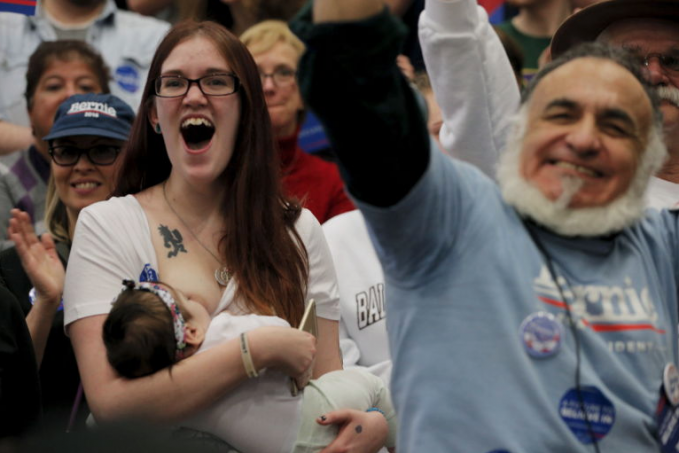 In case you haven’t read the headlines Margaret Ellen Bradford brought her baby to a Bernie Sanders rally. Her baby showed cues of being hungry so Bradford latched her daughter and continued to show support. She wasn’t aware her photo was being taken and didn’t realize it would generate any media interest. She maintains she was just feeding her hungry baby. 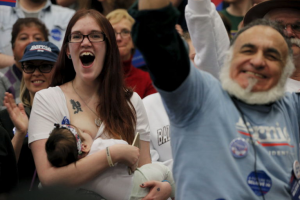 The comments on social media have been overwhelmingly supportive. As with anything online there were a few nay sayers that did get to Bradford. However, she wont let them deter her. In a time when it can be difficult to get out of the house with children, breastfeeding in public helped this mother stay true to her convictions.

As a society, we should never stigmatize women for breastfeeding in public. https://t.co/I08wzGrdWH

After the rally Bernie Sanders and his wife took the time to personally thank Bradford. Sanders has since taken to Twitter to respond to all the media attention. He tweeted, “As a society, we should never stigmatize women for breastfeeding in public.”

This comment is in stark contrast to that of other presidential hopeful Donald Trump. He previously screamed in the face of a breastfeeding mother/lawyer when she requested a break to pump. He claimed she “wanted to breast pump in front of [him]”.

This isn’t the first time Trump has been harshly opposed to breastfeeding. He went out of his way to call this blog’s founder “disgusting” when she appeared on the cover of Time magazine breastfeeding her son.

With all the accomplishments made recently towards supporting breastfeeding I can’t help but wonder how starkly it could change depending upon this upcoming election.