Home > When Should You Go To Your Child’s School About Bullying?

When Should You Go To Your Child’s School About Bullying? 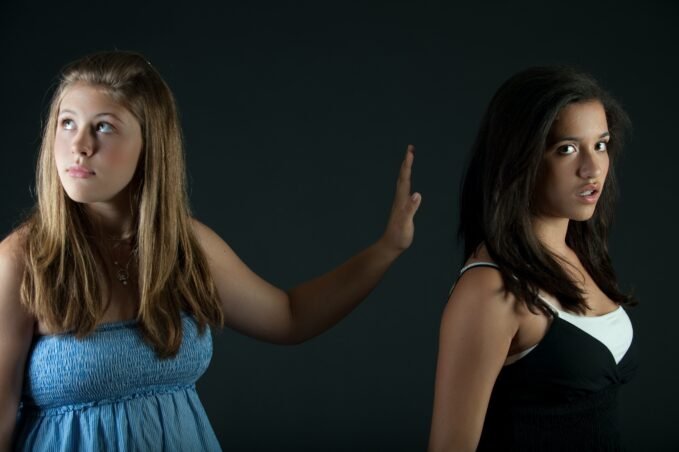 Bullying has become increasingly pervasive, or at least it would seem that way. It may be that bullying is occurring at the same rate as it always did, but we’re more aware of it now. It can also take different forms because of social media and the internet.

When you’re a parent, you only want to protect your child but in some cases, you can’t.

First, it’s good to define what is bullying and what isn’t.

Bullying is any abusive and unwanted behavior. This might include spreading rumors, making inappropriate sexual comments, taunting someone, hurting someone physically, or damaging their property.

Bullying is often characterized by an imbalance of power. For example, a bully wants to exert dominance or control over others.

Mean behavior isn’t always bullying. Bullying tends to follow a repetitive pattern rather than being a one-off situation. That’s not to say that mean behavior shouldn’t be dealt with, but often in a different way than bullying should be.

Steps You Can Take as a Parent

If your child is the victim of bullying, you first need to take a step back and assess the situation rationally and calmly.

This means that rather than letting your own strong emotions take over, you remain calm and assured, at least to your child.

If there’s cyberbullying, get screenshots of everything that’s happening, and then once you do that, have your child block the bully on all platforms.

From there, you can start to determine whether or not your child might be able to do something first without your involvement.

Can you help your child figure out some problem-solving strategies to try before you’re directly involved?

Depending on the severity of the situation, this may or may not be an option.

You may have the option to reach out to other involved parents, but they may not respond well, so this is something you’ll have to think about and decide on your own.

Talking to the School

If you have talked to your child about steps they can take, and that doesn’t seem to be working, or the issue is too severe for that, you will at that point need to go to the school.

You should talk to the teacher first unless your child is in high school and there isn’t one particular teacher who’s going to have familiarity with the situation.

From there, depending on how it goes with the teacher or if there isn’t a particular teacher to talk to, you may end up going to the principal.

Either way, it’s best to do this face-to-face.

If you try to have this conversation over email, there’s room for ambiguity and misunderstandings.

Don’t go into a meeting with a teacher or principal thinking they’re to blame. Instead, look at the situation as the two of you being allies.

You have to work together to find a solution to the issue, so being combative isn’t going to help your child. Always be respectful and try to keep your strong emotions at bay.

You do want to be prepared to provide specific, factual information when you’re meeting with a teacher or principal about bullying.

You also need to listen as much as you talk.

You may find out that your child is playing more of a role in the situation than you realized. It’s often the case that the details your child tells you don’t match the exact perspective of other people, and that’s okay.

Once you’ve had the conversation, clarify what the next steps might be. Ask the teacher or principal the plan to stop any bullying, or deal with it appropriately.

Finally, if you do decide to go directly to your child’s school about bullying, you should plan to follow up.

Don’t expect results right away. It can be challenging to deal with bullying for educators. Keep the lines of communication open, and don’t get angry if things don’t get better immediately. Just keep checking in to see what progress has been made.

Again, when your child is being bullied, your first step doesn’t automatically have to include you stepping in, but if you are going to, be calm and prepared as well as patient.

May 7, 2020Rex
The Best Time to Travel to San DiegoHow to Prepare A Joyful Independence Day Celebration At Home