Home > What to do in Barcelona?

What to do in Barcelona? 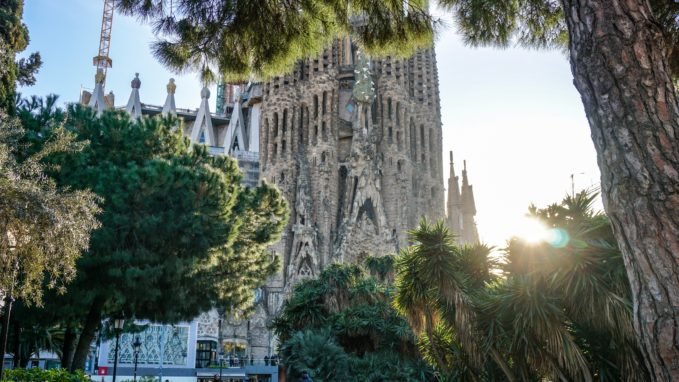 In fact, this unique Catalan city somehow appeals to all five of our five senses. Tastes like tapas, paella, cava, markets and exhibitions to be discovered, architectural structures to watch, churches, unique products to buy, gifts.

It’s not possible to get bored in this city. You can sightsee incredible landscapes and even take a Spanish course in Barcelona. Not to mention the wonderful bars and nightlife this vibrant city has. Let’s check a few Spanish highlights you can not miss.

1. Lose yourself in the Gothic Quarter.

Barcelona, ​​a metropolis with a population of 2 million, stands out with its rich history. Aside from the Arab and later Catholic history, the capital of the trend of modernism serves to offer tourists a very rich options.

Barri Gòtic or Gothic Quarter is Barcelona’s oldest district and the busiest place in the city center. The region, where you can see dozens of ancient and Roman historical buildings together, is waiting to be discovered with its large and small squares. Plaça de la Catedral, Plaça Reial, Plaça Sant Jaume are just a few of them.

Undoubtedly, the most important tourist attraction of Barcelona is Gaudí religious or civil works. In fact, this is an important part of the city’s history, but Gaudi’s place in the city of Barcelona deserves to be included. Of course, among the dozens of famous architects, the most famous is the Church of La Sagrada Familia.

Sagrada Familia is a Gothic-style cathedral with an extraordinary architecture, dedicated to Catalan architect Antoni Gaudí. Its construction is still not over and it slowly continues with donations.

In fact, another architect was originally assigned for the construction of the church. After disagreements with this architect, Gaudí took over the project and changed the original neo-Gothic style with a slightly more innovative approach.

Although the church still has basic Gothic elements today, it also has hundreds of unusual features.

There are other examples of famous architecture in almost every part of the city. You can also visit Park Güell, La Pedrera (Casa Milá), Casa Batlló, Torre Bellesguard and Casa Vicens.

La Rambla, is the most touristic and most crowded street of the city. Located in the city center and open to pedestrian traffic, this street is also one of Barcelona’s symbols.

There are countless cafes, restaurants, shops and dozens of small streets connected to it on the street which turns into an entertainment and party area at night, where locals enjoy the day as well as tourists.

Mercats de Boqueria, the most famous food market of the city is located here.

Whether you’re a football fan or not, you should visit the Camp Nou Stadium, the source of pride for the Barcelona Football Club – and the Catalans. After your visit you will understand why the stadium, which has a capacity of 100 thousand spectators, is daunting for the visiting teams.

In fact, you should attend a match of Barça here if possible, but if there is no match during your visit to Barcelona, ​​you should at least see the stadium and museum. The stadium’s museum includes numerous trophies and awards won by the club, as well as interactive visuals of football culture, changing rooms and stadium tours.

When you think about what to do in Barcelona and say, “We’ve had enough of Gaudi it’s time to change your aesthetic perceptions a little”, you can spend more than a few hours to visit the Picasso Museum, where you can see the works of Picasso, another art genius of the city, and observe the development of the artist.

Climbing up the hill is a bit tiring, but you will see beauty that is worthy of being tired. The hill, which was also used as a prison in the 18th and 19th centuries, is rich in both historical and natural beauties.

Author: I’m  Jaylin: SEO Expert of Leelija Web Solutions. I am a content manager, and the author of travelforu.info and a full time blogger. Favorite things include my camera, travelling, caring my fitness, food and my fashion. Email id: editor@leelija.com

Dec 29, 2017Rex
Top Helpful 4 Tips for Seniors Moving to HoustonWhere To Go and What To Do on a Colorado Staycation