Home > What Not to Say to Parents of Preemie Babies

What Not to Say to Parents of Preemie Babies 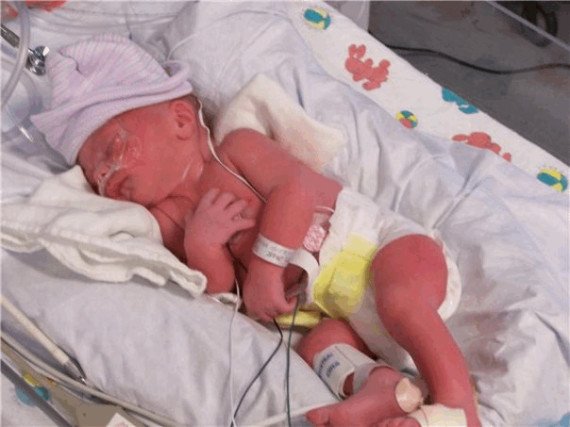 New parents of premature babies might need extra support, especially during the earliest months. Many mothers of preemies struggle with guilt that something they did caused their babies to have problems, or that their bodies were inadequate to support their babies. These common feelings can be reinforced by unfeeling comments. Here is what not to say to parents of preemie babies.

I can still remember how inadequate I felt every time I heard someone say that in the first few weeks of my preemie’s life. This is just a descriptive statement, sure. However, in a society that brags about high percentiles and robust healthy children, the last thing a new parent wants to hear is that their child is not meeting those standards. It never was about me or meant to be malicious, but every time I heard it I thought, “I’m sorry I couldn’t keep you inside of me longer like most moms are able to do for their children.” The guilt I felt was immense.

I also had people ask me how old he was and express that their granddaughter, nephew, etc. was *way* bigger than my child. They were offering this information as if they were perplexed that their fruit from their family tree was incredibly large. I understand these sort of self-compliments in social situations are a normal part of social behavior and even healthy, but people really need to realize that also, socially, explaining how big your child is compared to another is essentially going to make the mother question if her child is failing to thrive, even if you are attempting to explain your own large child as the odd one out.

Could this have been prevented?

This is a loaded question that is sure to stir up a lot of emotion. I understand people may be asking to see if they could in some way prevent this from happening during their own pregnancy. However, there are very few cases where a premature birth could actually have been prevented, and all you are doing is pointing out the fact that something horrible happened to this family and their child that you would not like to happen to  your own. Ask your doctor these questions, not a family that has just experienced the birth of a child in this unusual and often stressful way.

You don’t even look like you had a baby.

In weight obsessed culture, this is a “glass half full” kind of compliment that falls flat when given to a mother of a premature child. A friend of mine had her baby at 26 weeks and was told how flat her stomach was by friends, while her micro preemie was fighting for his life in the NICU. She said to one of them, “Oh really? Well, my son can’t breathe on his own; is a flat tummy my consolation prize?” She quickly received an apology.

You’re being a germaphobe.

This is probably the most frustrating and most common comment preemie parents hear. The immune system of a newborn baby is not fully developed, so even term babies are at risk for opportunistic infections and should be handled with extreme care. Preemie babies are at an even greater risk for infection with their fragile and underdeveloped immune systems. This is not about building up immunity, as so many people have tried to claim when they refuse to wash their hands and ask to hold the preemie baby. This is about keeping the child alive so their immune system will naturally build up on its own without bombarding it with germs that will attack and can potentially be fatal. Yes, it’s that serious.

Does he have any complications from his premature birth?

This is a question that I think is very valid for close family and friends who love the parents and this new little life to ask. There are things this close circle wants to know because they are an active part of this child’s life. Strangers, however, for some reason or another (curiosity and small-talk go hand-and-hand it seems) have been bold enough to ask these questions to families they have just met. It hurts. Even if there is low risk of being a problem, it isn’t something a parent wants to hear. The fact that this premature birth could have injured your child again brings up the feelings of guilt in a new parent’s head.

Well, I wish I had nurses taking care of my baby those first ___ weeks so I could get some sleep. Consider yourself lucky.

Someone actually said this to me. The tone of the comment was infuriating. Again, this kind of comment is not uncommon. I think most want to point out that “glass half full” point of view, but it never works to make a family feel better. Not only did I have to explain to this stranger that parents of NICU babies rarely sleep because they are camped out at the NICU wanting their child home, there are a number of health issues that many of the mothers are facing that could be the reason the baby is out of her womb in the first place. I’d rather be awoken by the cries of my healthy term baby than an alarm every hour reminding me to take my blood pressure medication and pump my milk from a machine while my child is lying in a plastic container miles away from me.

When do you get to bring your baby home?

Most of us don’t have an answer for you and no one wants to know more than we do. So please, don’t ask this. It is a painful question we are probably asking the doctors and nurses daily, too.

Those were the most comment comments I’ve heard. If you are the parent of a child born premature, did you hear any of these? Or did you hear other comments that weren’t helpful?

Also, since we’ve focused on the negative here, I thought I’d share a most positive post with you.  Now you know what not to say- here is a list of things you should say to parents of preemies and things you can do for parents of preemies! http://parentsofpreemiesday.org/friends_supporters.html