Home > What Not To Say To Adoptive Parents

What Not To Say To Adoptive Parents 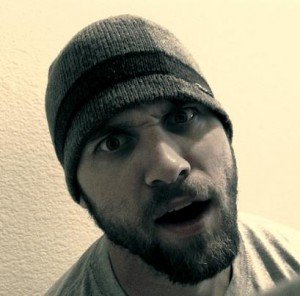 Conversation about adoption can be tricky.  A seemingly benign comment can cause an adoptive parent to lash out in protection of their family.

I’ve received many emails from people quite upset. They are experiencing negativity from friends or acquaintances when asking about adoption.

The questions themselves are harmless. However, the terms used are offensive.

I find this whole situation frustrating, and I get a bit disappointed in my fellow adoptive parents. We have all had a friend or stranger ask a question about adoption that makes us cringe. Be that as it may, most of us know the intended meaning, understand the person is not being malicious, and clearly not educated in adoption (that is why they are asking the question to begin with.)

That is why I think it never okay to be angry with someone wanting to understand our lives a bit better. Educating people in a compassionate manner is the best way to get people to listen to what you are saying, and also draws our community closer through understanding.

I’ve had adoptive parents tell me that it isn’t their job to educate strangers – people should mind their own business. I have to agree there is some truth to this. However, all someone is doing when giving a short aggravated response is allowing the recipient to remain ignorant, while also implanting a seed of negativity on the topic of adoption.

If you have been the one attacked by an adoptive parent – I’m sorry.

I would like to address three politically incorrect questions adoptive parents are asked, and explain why some terminology is offensive

What Not To Say To Adoptive Parents:

1. “Do you have/want any of your own children?”
This is generally a question asked when people want to know if the family is also made up of biological children, in addition to the adoptive child(ren).
Why it is offensive-
Biological and adoptive children are both equally the parents’ “own.” Also, a lot of parents find the question irrelevant. What difference does it make if the mother gestated some of her children and not others?
What you should say-
Obviously, replace “own” with “biological,”  but take caution with this question, in general.
I would only ask this if you are close with the adoptive parents, and are both equally as comfortable and open sharing personal information. The benefit of this information should be to learn about each other’s histories, as all friends do- not for the sake of curiosity.
2. “Where is his real mother/father?”
A question asked about the biological family to find out why the child was placed for adoption.
Why it is offensive –
To begin with, the use of “real mother/father” is implying that the adoptive parents are lesser than the biological family (if they are real, does that make us the fake parents?)
Additionally, that is a very personal question. I am sure there is concern in some circumstances, but for the most part this question comes across as self-gratifying curiosity bordering on gossip.
What to ask-
Don’t ask this question.
Only if you are close (and I mean close) friends or family would it ever be appropriate. If you are close with the family and want to ask this question, make sure “real” is replaced with “biological.”  However, you may still not get an answer. The family may have decided that information will not be given out, unless the child wants to share the story himself.  And that should be respected.
3.  “She is so lucky”
This is less of a question, and more of an attempted positive statement to the adoptive family. Some people do not know how to bring up their interest or positive feelings about adoption, and this is their way of bringing it up in conversation- Ironically, in an attempt to not offend people.
Why it is offensive-
It gives the impression that the country or the family the child was born into is inferior in contrast to the country or family they are now a part of. Many adoptive parents feel they are the lucky ones, not their children- who have endured loss and trauma at a very young age.
Another thing, adoptive parents in some cases are treated like saints for adopting. Adoptive parents want to add a new family member to their existing family, period. No saving is involved in their thought process. They do not want to be considered better than biological parents, they want to be looked at as a normal family.
What to say instead-
Stick with comments that would work with both biological and adoptive families (and only if you really mean it):
“You are a wonderful parent,” “Your children are blessed to have you.” “You are blessed.” “Your family is beautiful.”  Or, if you are trying to segue a conversation into adoption, you could just be frank and say something like, “I am interested in learning more about adoption. Do you mind if I ask you a few questions sometime?” Most people in the adoptive community are very open to explaining their trials and triumphs in the adoption process.
Mar 25, 2012Jamie
"Beige and Brown"Glamorous And Granola