Home > What is a Fursona, and why do you need one?

What is a Fursona, and why do you need one? 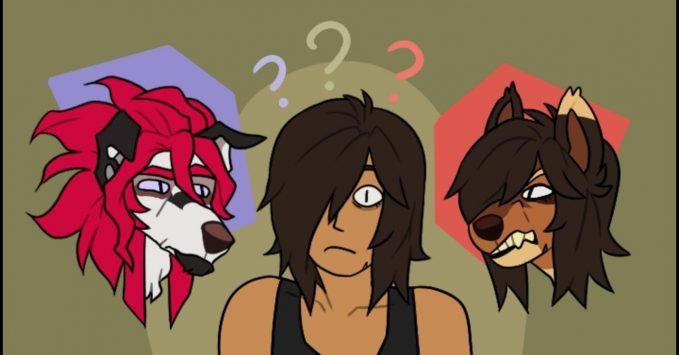 You may use a Fursona to represent yourself online and in furry games. ‘Fursona’ is a combination of ‘fur’ and ‘person.’

One of the most common practices among furries is the creation of a furry persona, or “fursona.”Furries utilize avatars to communicate with other members of the fandom, both in-person (e.g., badges at conventions) and online (e.g., social media) (e.g., profile pictures, forum handle). Fursonas may vary greatly in the amount of detail they feature and the personalities, histories, connections, and attitudes they have. Most fursonas, however, feature at the very least a name and a species. Some factors influenced your choice of species for your main fursona. There are dozens of animal species to pick from, including reptiles of all types, avians (birds and anything with feathers), amphibians, horses, goats, skunks, and countless more.

What are the 3 elements of a Fursona?

Based on personal identity, the following are common parts of a fursona’s description;

It is a visual, tactile, or linguistic representation of the player’s mental image of their fursona. The most typical form of realization is an illustration or written description, which the phrase furry art refers to.

Because many fursonas have intricate fur patterns or other unique anatomical characteristics, not all are constantly dressed or shown with clothing. As a result, there will frequently be various elements regarding a fursona’s look; first, its actual body, and second, whatever garments and accessories are put over such a body.

Depending on personal desire, a fursona’s conduct can range from a regular human being zoomorphic solely in appearance to that of the animal represented by the fursona. These shared behaviours often serve as a framework within which players may shape their character’s behaviour to their desire. Because fursonas are usually a furry depiction of the player, the fursona frequently adopts many of the player’s personality qualities.

Get to know which animal is your fursona.

Have you ever considered which animal may serve as your fursona? A person’s “fursona” in the furry community refers to their animalistic alter ego – the personality and species they most identify with.

It might be hard and confusing to come up with your fursona at times. There are so many intriguing creatures out there that would make excellent fursonas. I hope this article can help you determine the one animal most suited to becoming your new fursona! Or I advise you to take fursona quiz online. It is fun.

Here’s a list to give you some idea which animal would best fit your fursona.

You are seen as a mysterious beauty, beautiful and proud. People see you and are afraid of you, as well as envious of you. You are mostly concealed, yet everyone recognizes you right away when you are seen. You may be a bit of a braggart at times and like the better things in life.

Many people view you as a threat, even though you are usually harmless. You never try to cause someone harm, yet you might be defensive at times. You are bright and intelligent, yet you rely on your reputation rather than your abilities. You’re a little filthy and unclean, but that’s okay since you’re not sociable. Some may mock you, but you get your way in the end.

You are both silent and strong. People appreciate you even before they get to know you. You like to be alone, yet there is someone incredibly dear to you whom you would give your life to defend. At times, you can be lethargic and a heavy sleeper, but that’s mostly because you don’t need to be active. You are free and wild. There aren’t many of your sorts out there, but that doesn’t bother you.

You’re not as wild as a wolf, but you’re close. You are not just clever but also extremely loyal. Your heart belongs to a family, whether human or animal. You are adaptable, quickly adjusting yourself to people around you. Much of the time, he is amusing and ridiculous. You are more interested in friendship and family than in outward looks.

To you, it’s all about having fun. Your personality is upbeat and joyful. You like making new friends and having a good time, even when there is work to be done beforehand. You are sensitive and caring, yet you are prone to forgetfulness. Many people think of you as a clown or comic, but it doesn’t bother you at all.

You’re both clever and wild. Your spirit travels in a tight-knit back, free with the breeze. Even if you like to be alone at times, family is one of your most essential responsibilities in life. You are silent, seldom seen by man, yet cherished by wildlife enthusiasts worldwide. The secret is patience, and you aren’t frightened to die with dignity.

You like to be alone, as do all large cats. You, on the other hand, are a bit plain yet pleased. You are astute and aggressive but not as pompous as your cousins. You’re incredibly protective of their kittens, but once they’re gone, they’re gone forever. You, too, have moments of self-doubt.

You are silent yet lethal. You are a stunning assassin. You, like the tiger, are haughty yet don’t want attention. Harsh tongues do not lash out at you since you are deaf to offensive remarks. You’re a loner who enjoys it that way. Few can match your strength and quickness.

One of your primary concerns is beauty. You are conscious of your physical appearance and are a bit cocky about it. You can go in a group or by yourself, but you know how amazing you are either way. You’re a bit of a leader, knowing what to do even when it’s incorrect. You are strong and clever, and you do an excellent job for your community.

Gentle and quiet, many people don’t even realize you’re there until you’re right by them. You’re a little private, but you mostly travel with a group of similar people. You are powerful, yet many others disbelieve it. You constantly appear to be aware of impending peril. You are quick and agile, and you can keep up with everyone around you.

Feb 15, 2021Rex
Fun Activities You Can Do with Your Child During the PandemicRenovating My Bathroom and Getting a Sink