Home > What Can You Do If Your Child Is Bullying?

What Can You Do If Your Child Is Bullying? 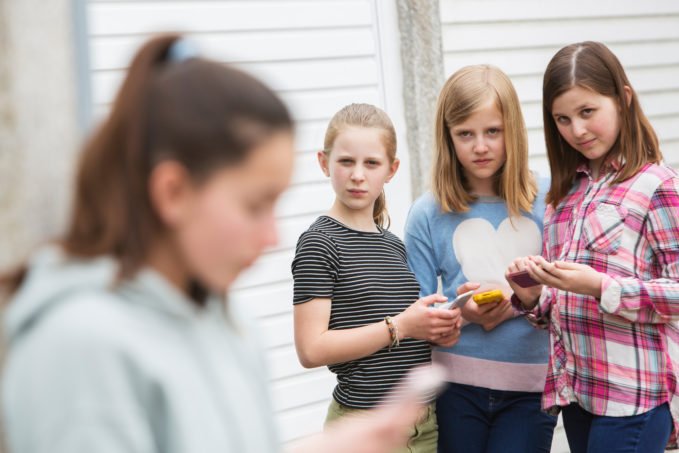 Bullying and increasingly cyberbullying via social media, texting, and video sharing are something that affects many children and adolescents. We often hear discussions about how we can help our children if they are the victim of traditional bullying or cyberbullying.

The ongoing effects of cyberbullying can be long-lasting and incredibly detrimental, which is why bullying prevention efforts are so critical.

What if your child is the bully, however?

We hear less about that situation, but it’s just as important to be aware of what you can do if you’re the parent of a child or teen who is behaving like a bully.

As a parent, it’s important to understand why kids bully because that can help you address the root cause, but it can also provide you with a sense of comfort in knowing your child isn’t “bad.”

Bullying behavior very often doesn’t reflect who your child is, but they might just want to fit in with a certain group of other kids, or perhaps your child is seeking attention.

Sometimes kids who are the victim of bullying will also try to regain a sense of power and control by in turn, behaving aggressively toward others.

Often younger kids don’t understand the impact of their actions either because they lack the emotional maturity to have a sense of empathy or grasp how the bullying victim might feel.

If you aren’t entirely sure what could be causing the bullying behavior, have an honest conversation with your child or teen. They might help you gain important insight.

Talking to your child or teen directly is important. You want to let your child know that you’re willing to hear their perspective, however.

In many cases, you might find out your child or teen is bullying because it’s reported to you from someone else, such as a teacher or another parent.

In some cases, however, you might see certain red flags like your child talking negatively about others or speaking about them aggressively. Another sign your child or teen could be bullying is having money or other things that aren’t theirs in their possession.

What You Shouldn’t Do

Some of the most important things to keep in mind if your child is bullying someone else aren’t what you should do, but instead what not to do.

You shouldn’t look for another person to blame, first and foremost. For example, you might inherently want to blame your child’s friends for his or her behavior, indicating that it’s learned.

You shouldn’t justify the behavior, and you shouldn’t immediately deny that your child could be bullying someone else if a parent or teacher discusses it with you.

How Can You Get the Behavior To Stop?

In some cases, speaking with your child or teen openly and honestly about what’s going on could be enough to help remedy the problem.

You might also look at other situations that could be contributing—for example, is your child watching a TV show or some form of media where bullying is occurring? If so, cutting that out can help.

Some children and teens also have skewed ideas of what it is to stand up for themselves.

For example, if you regularly tell your child to be assertive, he or she may take that to mean bullying is okay.

Once you have a conversation and deal with the above issues if bullying is still going on, what can you do?

Two good options include a behavior contract and counseling. You might try each on its own, or use them together.

With a behavior contract, you are letting your child, as well as their school, know that everyone is working together to deal with the problem.

If your child continues to struggle, think about counseling.

Counseling can help kids and teens to learn how to better relate to their peers, deal with their anger in healthier ways, and control certain impulses.

Finally, as a parent, if you do discover that your child or teen is exhibiting bullying behaviors, don’t be too hard on yourself.

Kids can be hard on each other, and it’s a very common situation that a child will bully in some form or another during their formative years.

What you can do is address the situation head-on, communicate openly and honestly, and take steps to help alleviate the situation. All kids will make mistakes in their life and it’s how they learn from them that’s most important.