Home > Weekly round table without the table or people

Weekly round table without the table or people 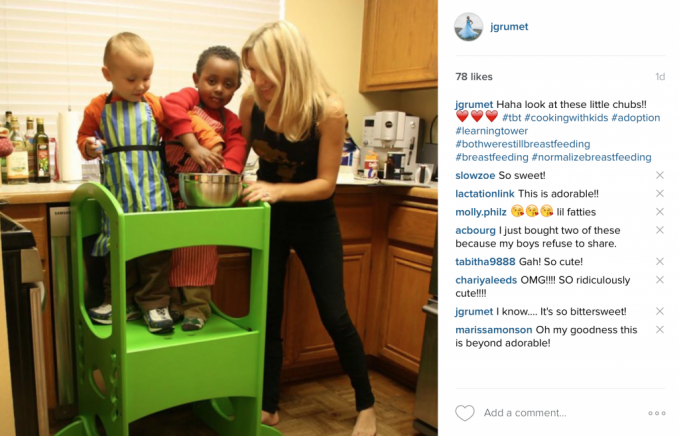 I am going to get in the habit of these weekly wrap-ups because…
a. every blogger and their mother seems to do it.
b. I’m clearly a conformist.

So here are the weird things I read this week when I wasn’t sitting at Starbucks making frantic calls to people about funding for the water project in Ethiopia.

First up is very timely and slightly prophetic, since it deals with Starbucks AND water…frozen water to be exact.

Someone just filed a $5 million lawsuit against the coffee company for using too much ice in their iced drinks. And I know what you’re thinking- “What an incredible nut job the woman who filed this claim must be” … BUT… she’s a hero who is fighting the good fight for all of us who have order tall iced lattes and have wondered where our drink has gone just three sips later.

In all seriousness, a Venti (the big one- I used the word large once during an order and they kicked me out…) is marketed as a 24 ounce drink when it only contains 14 ounces of beverage without ice.

So I’m basically paying almost $4 for about a tablespoon of actual latte… yet, I return. Someone should investigate if there is crack in their coffee too… because that is the only way any of this makes sense… and also someone find out why I’m too stupid to just ask for less ice.

Okay now a blast from the past.

My #TBT this week was such a fun throw-back. Check out these little munchkins cooking with me on their Learning Tower

(which is super awesome and sturdy, btw). In this picture they both were practically babies, which Samuel had a great time reminding me about when I was gushing over how cute the picture was this week. He makes it no secret that he loves babies and wants a baby sibling. For now, he’ll have to settle for playing big brother and mentor to my friends’ babies. On a serious note, Kristen Bell speaks candidly about her struggle with anxiety and depression. In an interview with Off Camera’s Sam Jones, the actress described her daily struggle.

“I’m extremely co-dependent…I shatter a little bit when I think people don’t like me. That’s part of why I lead with kindness and I compensate by being very bubbly all the time because it really hurts my feelings when I know I’m not liked. And I know that’s not very healthy and I fight it all the time.”

Sound familiar? It does for me, and I know many other people who have the same sort of coping strategy for their anxiety.

Bell opened up about taking medication for her depression and anxiety, but finds it off that there is such a double standard in our society regarding health.

“In the medical community, you would never deny a diabetic his insulin. Ever. But for some reason, when someone needs a serotonin inhibitor, they’re immediately crazy or something. It’s a very interesting double standard that I don’t often have the ability to talk about but I certainly feel no shame about.”

I agree with Bell, but I also wanted to add a couple of thoughts:
1. It’s a select serotonin reuptake Inhibitor, not a serotonin inhibitor (that is the complete opposite problem from what she is describing). And no judgement on the confusion… my friends who have been doing interviews for decades still sometimes trip over their words… and as for me, well I’m just terrible at them.

2. There shouldn’t be this double standard in society, but there is and it is perpetuated by a level of intolerance surrounding mental illness in the professional world. The fact is that there are often negative consequences of seeking treatment. I’ve never taken anything for my anxiety and I’m really conflicted about this because it might have really helped me when things were at their worst. My issue is mild enough at this point, so I can cope with it in other ways. However, there are many people who do not function properly without their medication. Unfortunately, if the people on medication are ever going through a lawsuit, fighting over custody of children, or working in a high-profile or sensitive job- they are subject to questioning about their mental health and it does not bode well if they’re on medication for anxiety of depression (unofficially, but widely-known).

I’m so happy people like Kristen Bell are strong enough to speak out about this! It isn’t fair and it needs to be addressed in all facets of society, not just the stigma associated with informal interactions.

And I’m going to throw in a random picture of the week that I’ve taken somewhere in the world. Here is a photo I took of a couple at a cafe in Lesvos, Greece a couple of months ago. The woman was from Serbia (her mother was a midwife and very pro-breastfeeding) and her husband was from the Greek island where they now reside. Breastfeeding in public is no big deal for her, although she said that she has heard about it being an issue in the states and other places in Europe.

And that’s it. I’ll get better at these recaps, but this is what I can offer you now.

Have a good weekend!