Bienvenido este fin de semana a mis gingersnaps! Hoy estamos hablado de… uh… sorry, wrong language. See, this is what happens when I don’t get my required 9 hours of sleep. Cause I’m a night owl and my lovely, generous teenager decided he wanted to volunteer with the sweet little kids doing VBS (Vacation Bible School) this week.  I’m so proud of him.  Except for having to get up at the ass crack of dawn (7:45am) to drive him to our church. Driving up mountainous curvy back roads because the 405 would make it an hour commute.  Hey, don’t judge… I’m a night owl.  I go to sleep around 2am.  I knew I had to get up every damn day to take him (then back to bring him home) but did I go to sleep any earlier?  NO.  And then there’s nights like last night where my colon (Bob the Douchebag Dragon) won’t let me get to sleep until 5am and then I’m super grumpy in the morning, but yay me for not doing road rage today!! #onedayatatime And no I didn’t have time to drink coffee. I gave myself 15 minutes to get out of bed, pee (sorry but it’s true), brush my teeth, put on deodorant and then clothe myself before getting in the car. Are you bored yet?  Cause I’m about to blog myself to sleep. And I STILL didn’t have my coffee today. Sidenote: I am right now munching on some organic, humanely killed free range granola-like clusters with flax seeds (Jamie’s influence) and I can’t eat a single mouthful without at least one piece falling down my shirt into my cleavage. And yes of course I dig them out and eat them. They’re my boobs. I wouldn’t offer them to anyone else. I bet you’re glad you know that information I just shared. I really should get more sleep before I blog.  I could keep going and going and going and going… Ack!!!  Okay, okay… on to the news…

Long Story short… Alan Rickman was on the Tonight Show with Jimmy Fallon (Jimmy is KILLING IT!) and Alan told a story of Michael Gambon (Dumbledore) who has a remote control fart machine that he likes to use to prank people. In the 3rd Harry Potter movie, Snape told Dumbledore (I’m just switching to real names now) to put a fart machine in Harry’s sleeping bag during a scene where Snape and Dumbledore were talking to 200 children in sleeping bags.  But seriously, watch it on video because it is SO much better to hear Snape tell it!

The 25-year-old English actor’s formerHarry Potter co-star Alan Rickman recently chatted about pranking him on set during an appearance on The Tonight Show Starring Jimmy Fallon.

“I knew that Michael Gambon was the owner and user of a remote controlled fart machine… (and in) the third Harry Potter, there was a scene which had 200 kids in sleeping bags. With great grown-up wit I said, ‘We should put the fart machine in Daniel Radcliffe‘s sleeping bag’, and we did,” Alan shared. 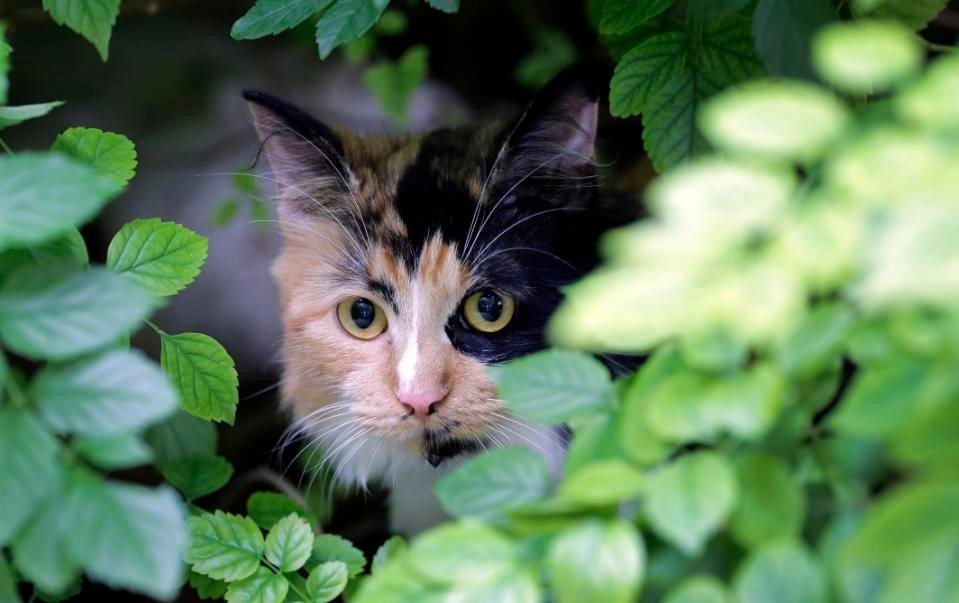 I don’t understand. Is there a contest for this? Why does the Alamo need an official cat? Is this cat a native Texan? THERE’S SO MUCH THIS ARTICLE DOESN’T SAY!!!!

No worries, my friends… despite the title, it IS family friendly.  They are just trying to make it sexy to turn off the shower earlier, fix your toilets (oooh, sexy) etc. And it must be working, because San Francisco has the lowest water usage of any major city in California. You can watch this video. I promise. I previewed it for you.  Just remember to skip showers, because smelling dirty, is sexy.  Okay, I added that part. Gotta love Amazon. What the H-E-Double Hockey Sticks Is this?

This week you’re getting TWO Memes for the price of one. And they’re both about gingers. And I’m a ginger. and I’m writing this, so there. And just so you know, I don’t drink ginger ale. I don’t like anything with ginger in it. BECAUSE I’m not a cannibal! 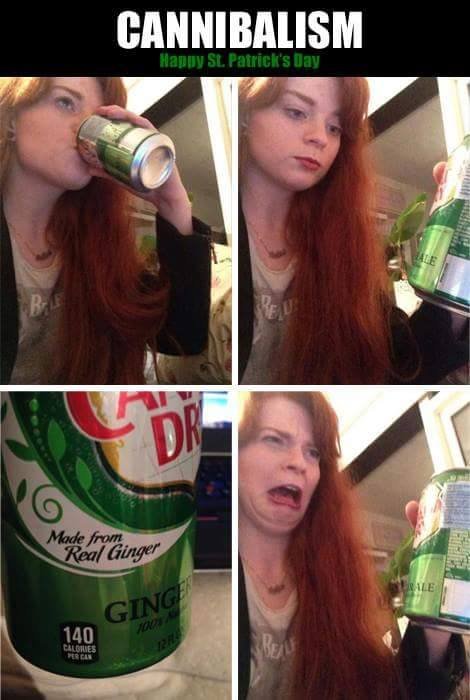 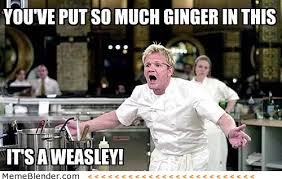 In other news, I love Arnold Schwarzenegger. No wait, that’s not news.  The news is that he pranked people at the Madam Tussaud’s Wax Museum in Hollywood as well as people on the street nearby.  Yes I know he cheated on his wife repeatedly and had a child with the not-so-attractive housekeeper, but I just can’t stop loving him. Take any other cheating actor and they are in the Douchebaggery Club, where I would like to unleash my anger with 1000 swords, but with Arnold? Can’t make myself not like him. Perhaps it was the Predator poster above my childhood bed, on top of my Hollie Hobby wallpaper. It’s like he watched over me all those years and protected me like he protected the girl and himself from the Predator while all his friends were killed.  The only other exception to a cheater who I won’t allow in the Douchebaggery Club is Jackie Chan.  Yeah I know he also had a baby with another woman other than his wife, but I swear someone slipped him a drug and he accidentally fell on her or something. Yup. Totally innocent.  Oh, back to Schwarzenegger (and yes I taught myself how to spell his name correctly at age 8, because… well I don’t know why, I just did!  So watch Ahnold pranking everyone, scaring the poo (family friendly!) out of everyone. 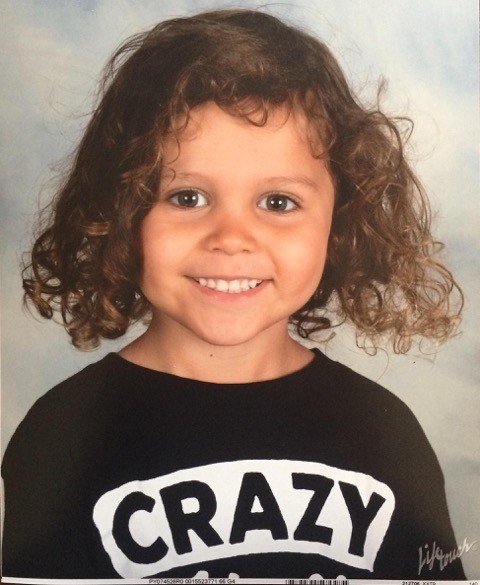 I really don’t think this mom forgot it was picture day at school. I’d totally put that shirt on my boy below. Because he’s crazy too. You know, the good kind of crazy where he turns the house into a cyclone, but makes you laugh so hard you gigglesnort. Yep, that’s my boy! (Ignore the cats in the bottom right corner mock fighting) Kylie, why are you staring at the sky while you are driving to work? THIS is the problem with L.A. drivers! 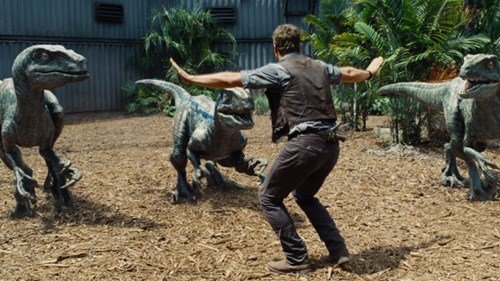 And the best Zookeeper copy goes to… Chicken Man! (I don’t know what his name is) 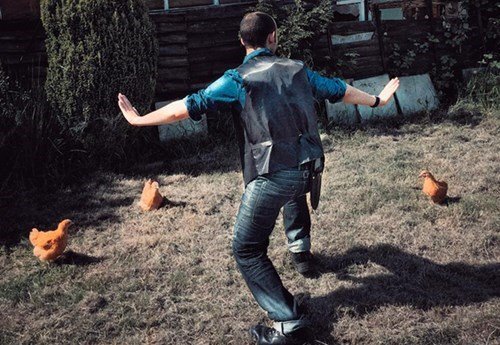 And that’s all the time I have for you today. I have lots of sleep to catch up on. Now, if you’ll excuse me, I’ll leave you with this one last thing… Jun 20, 2015Jamie
Educational savings with Knowledge First FinancialWhat to Do in Jamaica: A Practical Travel Guide