Welcome to the weekend, my little gingersnaps! We’ve got a full day today, so let’s get started!!

Singer Nicki Minaj posed for and was interviewed in the July issue of Cosmopolitan magazine. In it, she states that she demands that she climaxes when she is intimate with a person.  She mentions having a friend who has never had an orgasm, and how bad she feels for her, even going so far as to straddle her friend and demonstrate how she needs to get on her man to get what she needs. Ummmm… hey, I support women getting their needs met 100%.  Not sure I’d actually hop on my friend’s lap and straddle her, but to each their own.  Also, I’m a little curious re: Nikki’s demands for a climax.  How does she go about it? Does she make them sign a contract? Heaven forbid, what if they have performance anxiety and it doesn’t happen for her? What are their consequences? Maybe some people don’t react well to such pressure.  Maybe I just think of incredibly weird scenarios when someone says things out of the ordinary like that.  Oh who are we kidding? I think of incredibly weird scenarios regardless of the situation.

Attention all future lovers of Nicki Minaj… you have been warned. I have no idea what the consequences are if you underperform, but I’m just going to assume they are grievous. Don’t let that woman down.

Nicki Minaj on Having Sex: ‘I Demand That I Climax’ 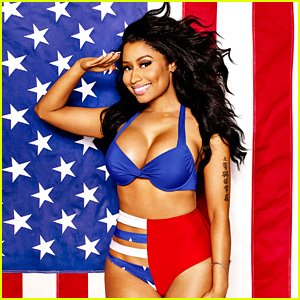 Here is what the 32-year-old rapper had to share with the mag:

On being high-maintenance in bed: “I demand that I climax. I think women should demand that. I have a friend who’s never had an orgasm in her life. In her life! That hurts my heart. It’s cuckoo to me. We always have orgasm interventions where we, like, show her how to do stuff. We’ll straddle each other, saying, ‘You gotta get on him like that and do it like this.’ She says she’s a pleaser. I’m a pleaser, but it’s 50/50.”

In other celebrity news, the actresses who played Buffy and Willow ran into each other at Michaels and then decided to get their families together for a fun weekend in Santa Monica.  Why can’t I run into Buffy or Willow in Michaels? I ran into the actress who played Fred (Amy Acker) in Target. But we didn’t converse and she didn’t tweet about me or anything. Probably because she didn’t know me.

But seriously, Buffy and Willow hanging out together at the park?  How awesome is that?  Sometimes… I like to live in a world where Buffy and Willow and the rest of the Scooby Gang (and SPIKE!) are still fighting the big bads. I like it here in my world. I see Buffy every day.  No really, she’s in my living room. (wearing her Jayne hat and Harry Potter scarf)  Aaaaand now you know just how weird I am.  Well, without seeing my Buffy action figures anyway. You know, if I had Buffy action figures. Which I totally don’t. *avoids eye contact* 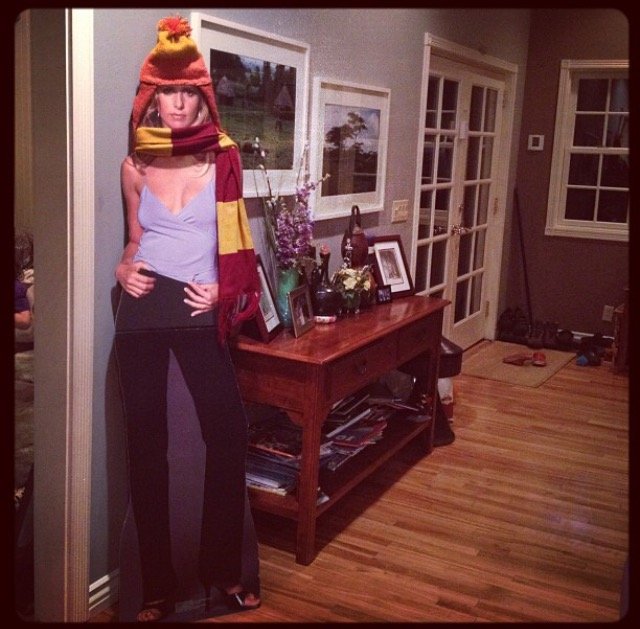 Buffy and Willow are back together again, reuniting over some family fun and craft-making.

Former “Buffy the Vampire Slayer” stars Sarah Michelle Gellar and Alyson Hannigan, who played BFFs on the hit show, were reunited over the weekend in Santa Monica, California.

“So this girl (#AlysonHannigan) and her husband (#AlexisDenisof) know how to throw a party,” Gellar wrote on Instagram Sunday, sharing a happy snap of her and Hannigan clad in denim-and-white outfits.

“I thought I was good with the crafts, till I went to this party #CraftMaster,” she added. “Thanks for having the #PrinzeFamily I’ve never seen a farm and pony rides in Santa Monica before #NowIveSeenItAll.” According to People, Gellar, 38, and her family had likely been invited to the third birthday party of Hannigan’s daughter, Keeva. Earlier this month, Hannigan revealed that she and Gellar share “mutual love of crafting” after the pair bumped into each other at a Michaels.

In Weird news, a woman was arrested in Louisiana and offered to LICK THE OFFICER’S BUTT HOLE if he would let her go. I have a few things to say about this. 1. No, this wasn’t in Florida.  2. I’ve heard of women offering sexual favors to get out being arrested, but WHAT IN THE H-E-Double Hockey Sticks?!!! Offering to lick the officer’s butt hole? The whole situation makes me want to go into a Bella stuttering episode. Ewwww. EWWWWW. Has this woman heard of E. Coli? Does she know what comes out of the no-no hole? Perhaps someone should sit her down and explain it to her. If she’s not careful, she could get Pink Eye AND E. Coli poisoning at the same time!!!  I took Microbiology Lab in college. Don’t get me started on microorganisms that could come out of the no-no hole. No. Just. NO. 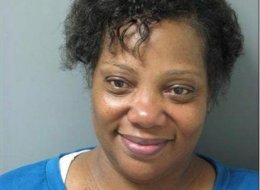 A woman accused of assaulting her boyfriend was allegedly willing to do anything to avoid arrest, even lick an officer’s butt.

Diane Thomas, 52, was arrested on May 16, accused of punching her live-in boyfriend in the face “multiple times” and scratching him with her fingernails, The Smoking Gun reports.

Thomas, of Monroe, Lousiana, admitted to the assault but blamed the victim, saying,“He (was) a bitch and got in her face, so she beat his ass,” a police report obtained by the website alleges.

When Thomas realized she was being collared, she tried to get officers to reconsider, explaining that “she had a good job,” according to the incident report.

Her pleas didn’t work, so she allegedly offered to “lick [the officer’s] butt hole,” as Complex.com indelicately quoted from the arrest report.

Officers didn’t take up Thomas’ butt bribe. Instead, they charged her with public bribery as well as a misdemeanor domestic abuse charge, according to The Smoking Gun.

Thomas has since been freed from the Ouachita Correctional Center on $5,000 bond.

The internet guy behind the humor site Pleated Jeans has a new antic he does. On his Tumblr page (linked below) he does what he calls “Obvious Plant” where he replaces his local pet shop’s signs with new, hilarious signs and descriptions. There’s nothing more I can really say without you looking at the pictures below except that this guy is awesome and more people should do this.

If more ads were brutally honest like these, we’d all be better for it.

The awesome Internet guy behind Pleated Jeans, Jeff Wysaski — and one of HuffPost’s Funniest Tumblr Bloggers — plays one of our new favorite games: He replaces normal products and signage with items that only folks like us who spend way too much time on the Internet understand and appreciate.

Looking to buy a turtle? Wysaski calls it a “Regular Boring Normal Turtle” that is “not teenaged, not mutant, not ninja.” Can you not see any fish in the shop’s tank? That’s because it’s inhabited by an “Invisible Jenny” that could use a few “tiny sweaters.”

Look at some of Wysaski’s best below, and make sure to check out all of his work. 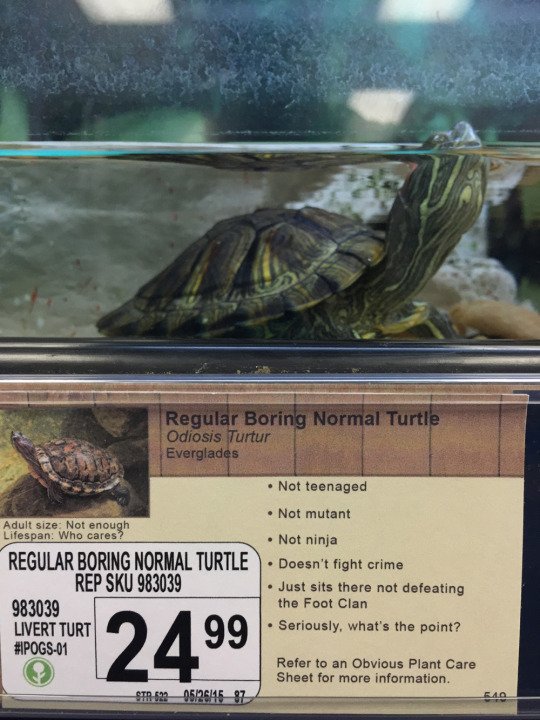 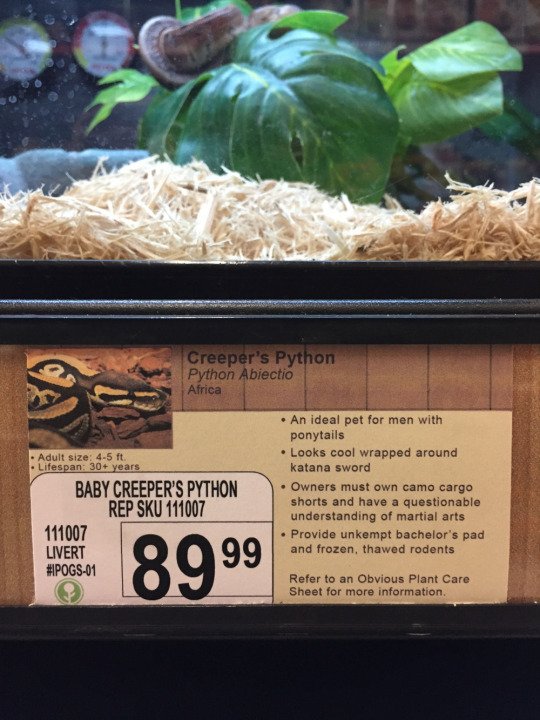 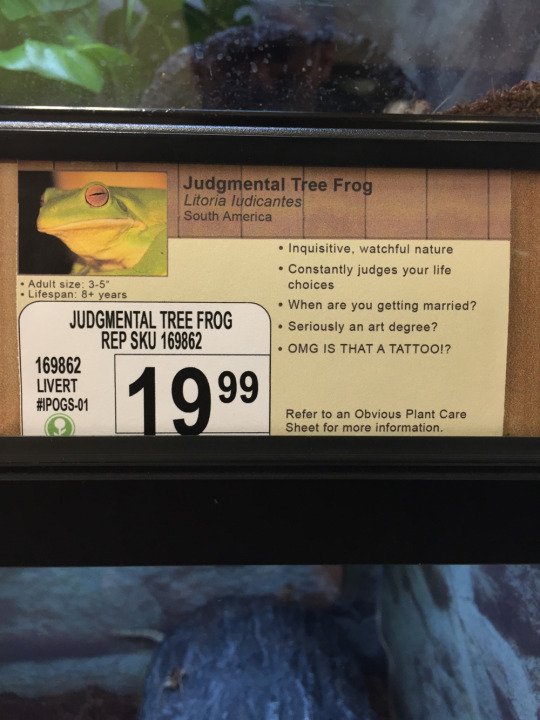 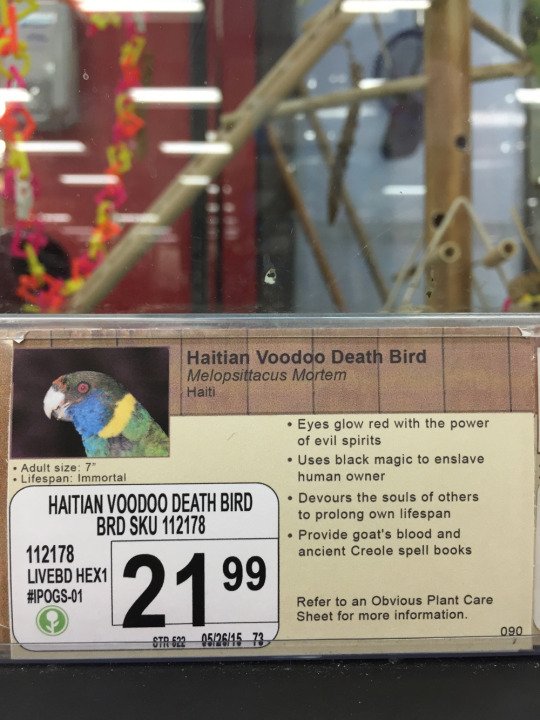 There are many Amazon reviewers out there. I’m one of them myself.  And then there are those who use products to write reviews that are purely entertainment. I think this one below is one of my absolute favorites. 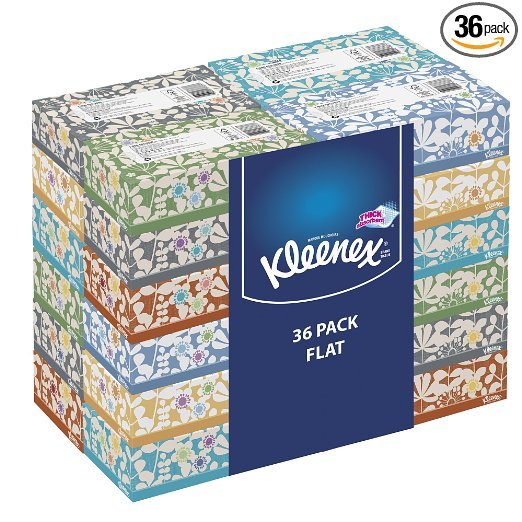 A mother’s struggle,
By James O. Thach “@JamesOtisThach”
This review is from: Kleenex Facial Tissue, 85 Count (Pack of 36) (Health and Beauty)

I want to start this off by thanking Kleenex for selling these in 36-packs. I’ve put it on subscription, and if they want to start selling a 72-pack, sign me up. I have three reasons for needing this much Kleenex, and their names are Liam, Samuel and Hank.

This is how it goes in this house. First the Kleenex disappears. Then the toilet paper. Then they go for fabrics. And you don’t want it to get there, unless you’re ready to invest in a five gallon drum of Fabreeze.

This used to be a good Christian home. But it’s not about moral judgment anymore. I’m way beyond that. I’m in survival mode. If I don’t supply absorbent paper products, I’m going to find my dish towels hidden in the basement, stiff as aluminum. The other day, I almost cut my hand on a sock. I am sorry to speak so frankly, but with three teenage boys, a woman has got to be practical.

The funny part is, they think they’re being sneaky, with their 45 minute showers and sudden need for “privacy”, as if I’m going to walk in on them journaling. They slink around the house like unfixed cats, while I try to announce my location at all times. No one needs to ask me to knock anymore. I knock on the walls. I practically wear a cow bell. I’m not looking to catch anyone by surprise, believe me. I’m just trying to get through this.

The other day my husband was watching me unload the groceries, and he asks me, all sweetness and light, “Honey, what’re you doing with all that Kleenex?”

I about knocked him off his chair. 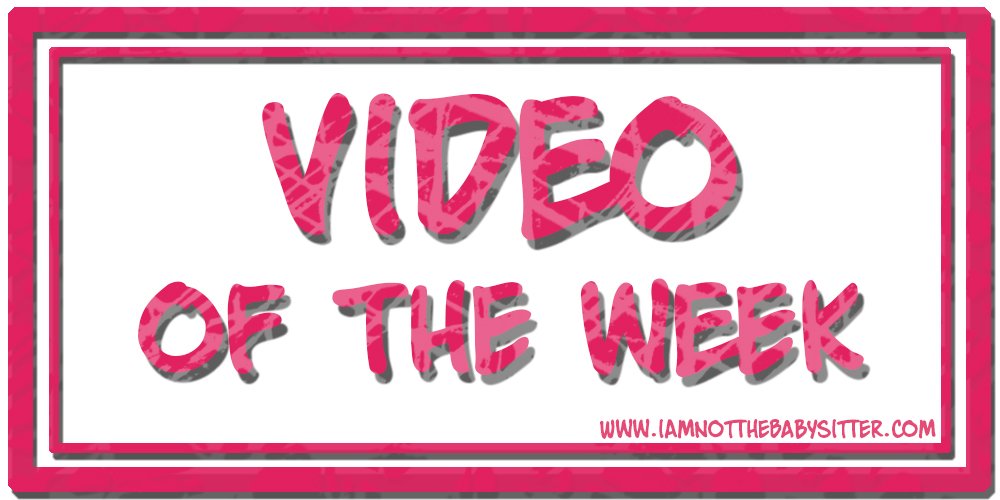 When NOT to take a “Selfie”. 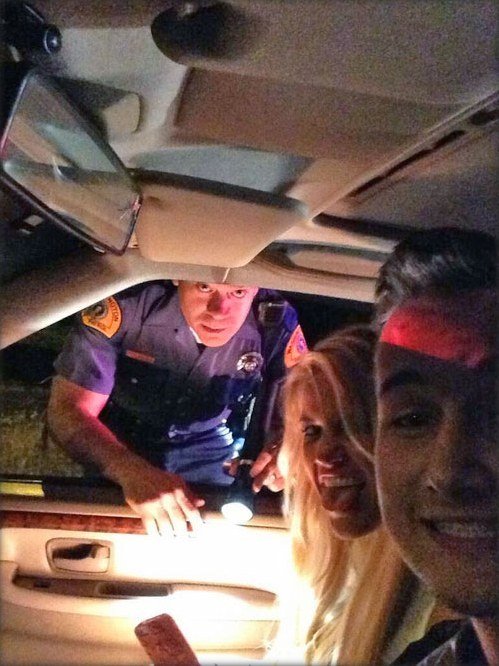 This selfie is so full of WIN! 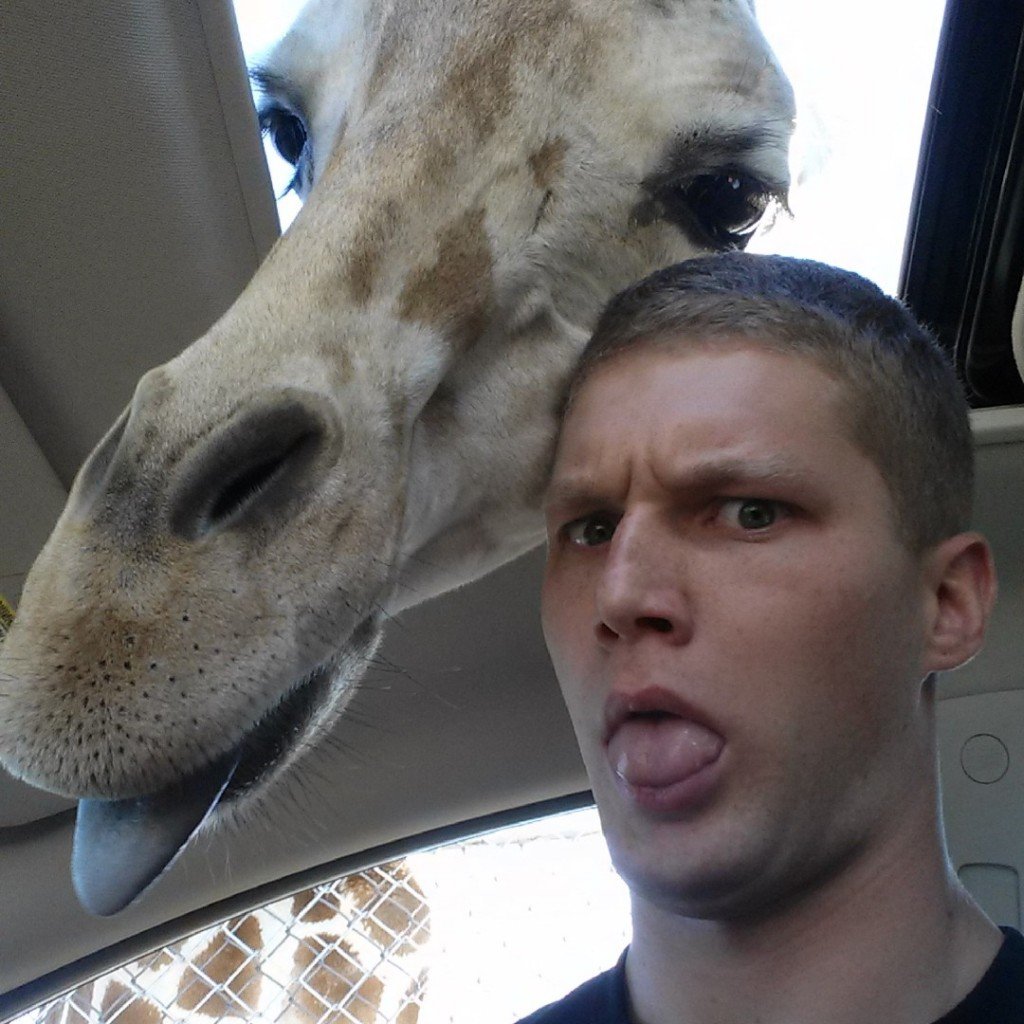 Something tells me these cats are not happy to be photographed with their naked owners. Just think how the photographer felt when they were putting the cats into their places. Did they need a license or permit for this kind of photo?  I wonder what the photographer was wearing. Was he naked too? 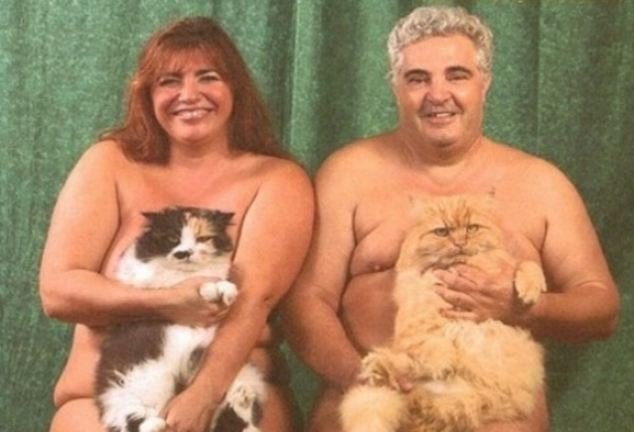 And that’s all the time I have for today, my little gingersnaps.  May your weekend be full of clothes and lacking in E. Coli.  Until next Saturday, I leave you with this WTF fact… 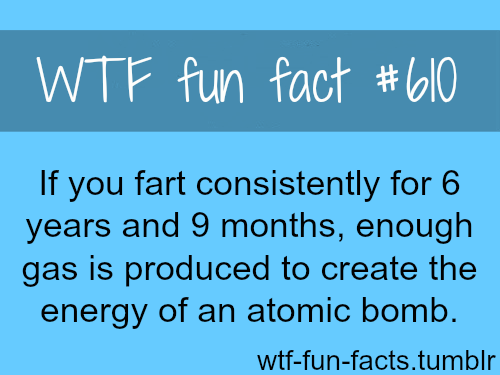 May 30, 2015Jamie
Should You Open a Gold IRA?Creating the Perfect Graduation Celebration