Welcome to the weekend, my little gingersnaps.  Are you ready to party? Me neither. Are you ready to read an Entertainment Review from this week’s events? I sure hope so. Let’s get started, shall we? By the way, I’m also co-owner of The Spank and Ginger Show and we are currently hosting a $50 Amazon Gift Card giveaway. If you’d like to enter, head over to The Spank and Ginger Show and enter the Rafflecopter giveaway. Please keep in mind our site over there is less family friendly than this site, so if you’re easily offended or sensitive to taboo topics, you may want to skip the giveaway and/or visit to the site. Now, for my entertainment review… If the news is to be believed, North by Northwest will be getting a baby brother.  I think the question we all want to know is… will the baby be named, “South”?  According to this article, Kim Kardashian underwent in vitro fertilization, consulted several doctors and even talked to psychic John Edward. Ummm… what? What was the psychic supposed to do? Apparently Kim felt like it wasn’t ever going to happen because it took them almost a year to get pregnant with this baby.  For goodness sake, their daughter is only 2 years old.  It’s kind of a smack in the face to everyone who has dealt with infertility for YEARS, but let’s face it… these two people have never had to wait for anything they wanted in their lives and it’s likely they were never told “no” as children.  It’s probably good North by Northwest will have a sibling to share therapy sessions with when they are older after being raised by two people who are in love with themselves.

Too bad the name Reign is already taken! Multiple sources confirm that Kim Kardashian and husband Kanye West are giving 2-year-old daughter North a little brother. “Kanye loves Nori more than anything, but to make his world complete he wanted a little boy, an heir,” says a source close to West. “He’s overjoyed!”

Kardashian is elated as well. “Kim always wanted two kids,” says a Kardashian pal. “A girl and a boy.”

Kardashian, 34, and West, 38, documented their struggle to conceive baby No. 2 on E!’s Keeping Up With the Kardashians. Over the past year, the fashionista underwent in vitro fertilization, consulted a cadre of doctors, and even talked to psychic John Edward.

“Kim was really down about it,” a source says of her inability to get pregnant. “And she was worried.” As she recently told Glamour, “The waiting and waiting has been a roller coaster.”

But this spring, she received the news she longed to hear: “I just got the blood test back and I’m pregnant!” she exclaimed to sister Khloe Kardashian on a show teaser that aired May 31.

The day after that aired, the Selfish author — now in her second trimester, according to a source — told Us how excited she is: “I’m so grateful to be pregnant when we didn’t even think it was going to happen.”

She said that she didn’t even mind her severe morning sickness. “I can barely get out of bed,” she continued. “But it’s so worth it. I don’t really care.”

Man Shoots Himself In Foot To See How It Feels, Colorado Police Say

And the Darwin Award goes to… Adam Hirtle of Colorado, who shot himself in the foot because he wanted to know what it would feel like. He took off his boot, because no need to damage his boot of course, and then shot himself with a .22 caliber semi-automatic handgun. Not only did he do something incredibly stupid to himself, he also did this in the presence of one or more kids.

Soooo… this dumbass is now in jail facing charges of prohibited use of a weapon, reckless endangerment and child abuse. Let this be a lesson to all those out there who wonder what it feels like to get shot in the foot.  Learn to live with your curiosity.

Some guys shoot themselves in the foot metaphorically. but only Adam Hirtle knows if it’s worse to do it literally. And he did it not once, but twice.

Hirtle, 30, of Colorado Springs, Colorado, told investigators he purposely shot himself in the foot Wednesday night because he was curious how it would feel, the Denver Post reported.

Investigators went to a hospital around 7 p.m. after getting a call about an accidental gun discharge.

Hirtle was quick to correct them that his wounds were anything but deliberate.

He told officers he intentionally pointed a .22 caliber, semi-automatic handgun at his foot and pulled the trigger , according to Fox News.

Police said Hirtle told them he was in the garage and decided to take off his boot and shoot his foot. Then he put the boot back on and took another shot, according to KDVR.com.

Hirtle did not sustain life-threatening injuries from his self-inflicted wounds,according to 9News.com.

What Hirtle will do with his newfound knowledge is anyone’s guess. However, he will be getting an education in the legal system, according to Westword.

Hirtle has been arrested on suspicion of a prohibited use of weapons, reckless endangerment and child abuse, because one or more kids may have been in the vicinity when he fired the gun. 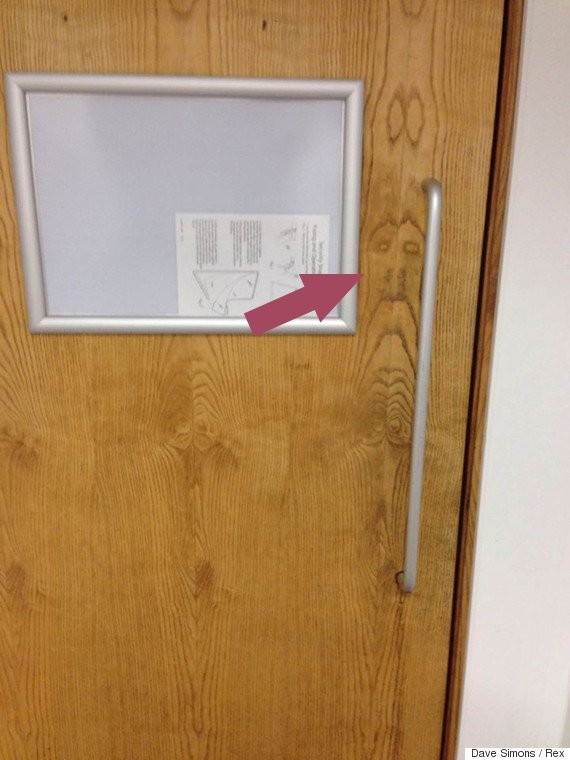 In other weird news, some man saw some wood grain that resembles a face on a door in a Scotland Ikea and declared that it was the face of Jesus.  Seriously, why does it always have to be Jesus? He is in Scotland… couldn’t it be the face of a Highlander? Or maybe a lumberjack? Oh! Maybe it’s a magic door and it’s the face of Gandalf or Dumbledore.  Hell, it could even be Sasquatch.

Some people spend half their lives looking for their personal savior. One guy found him while shopping.

Dave Simons, 33, was at an Ikea in Glasgow, Scotland, when he made a pit stop in the restroom. He looked at the door and saw the outline of a familiar-looking face.

“I went in to the toilet and there it was on the main door when I put my hand out. I said, ‘Oh my word, it’s Jesus,'” Simons told the Daily Mail. “I tried to subtly snap a photo because the last thing you want is to be heard taking a photo in a toilet.”

It’s no Spanish fresco, but there’s definitely some kind of curious beardedness wrought in the grain of the wood.

Frankly, it might have been a little more exciting if the image had shown up in Simons’ Norden or Valje or Ivar. At least the door didn’t require any convoluted assembly.

Sadly this product is no longer available on Amazon, but thankfully the reviews still are! 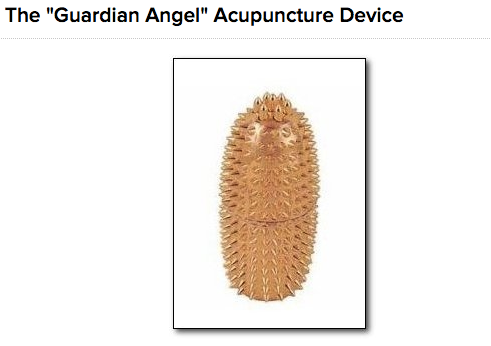 Hey, they have pens in the shape of Catholic Saints! And the sign says they’re perfect for exams. Why? Do they never run out of ink or something? Do they move your hand toward the right answer? What if the test taker is a chewer? They might accidentally bite the head off the Saint!  Then what?! 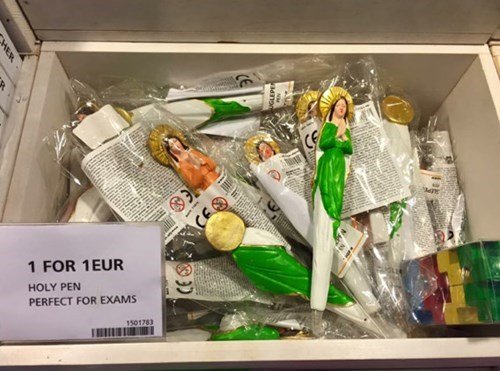 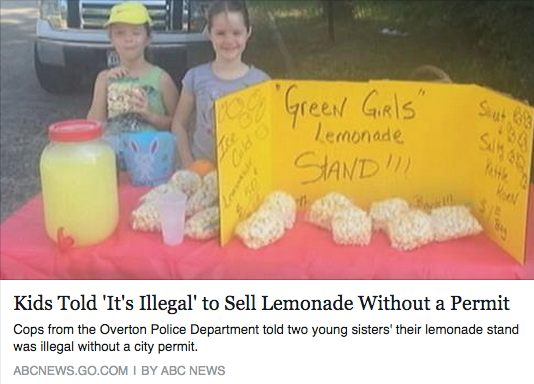 These two girls in Texas made a Lemonade Stand to earn money for Father’s Day, so they could take their dad to Splash Kingdom. However, the Po Po spotted these two malicious lawbreakers and forced them to close their stand because they didn’t have a permit.  Shame on these girls, who should’ve known better!  The girls ended up giving away the lemonade for free and asked for donations instead, which IS legal.  And then the local news stations covered the story.  The owner of Splash Kingdom gave the girls free passes, as did a local radio station, and the donations kept pouring in, adding up to almost $200.  Actually, these girls are geniuses.  This is a brilliant way to make money.  So next time you’re in a rut and need some extra money, borrow a couple of cute kids.  Then you need to open a Lemonade Stand near a Police Station and come up with a sob story of what you are raising money for.  Once the Po Po shut you down, you contact the local news and watch the money pouring in.  GENIUS, I tell you!!! Now please excuse me while I find some cute little kids to borrow. Mine are too big to garner sympathy.

Two young sisters with an “entrepreneurial spirit” set up a lemonade stand in Overton, Texas, to raise money for their dad’s Father’s day gift, their mom said.

But Andria and Zoey Green’s business closed abruptly Monday after police came by to tell them their stand was illegal without a city Peddler’s Permit, according to Overton Police Department Chief Clyde Carter.

“It’s illegal to sell lemonade without a permit,” Carter told ABC News today. “But we didn’t tell them to shut down, we just asked them to get a permit.”

The girls’ mother, Sandi Evans, said they went to try to get a Peddler’s Permit at City Hall, but found out they’d have to get licensed by the Rusk County Health Department before being allowed a Peddler’s Permit.

The Rusk County Health Department did not immediately respond to ABC News’ request for additional information including specific details about the process for getting a permit to sell lemonade.

“Once we found out everything we would have to go through, we just decided to stop technically selling the lemonade,” Evans told ABC News today. “The girls are still going to have the stand, but they’re just going to ask for donations instead.”

Andria, 8, and Zoey, 7, are going to open up stand again Saturday, and a lot of locals and even people outside the community are planning on coming to support them, she added.

After news stations covered the story, many businesses have showed support for the girls in the form of donations and freebies, their mom said.

“We received free passes to Splash Kingdom, where the girls wanted to take their dad for Father’s Day,” Evans said. “We got them from the owners of the theme park and then again from a radio station.”

The girls have also collected $200 in donations after they temporarily closed up shop, Evans added.

“We do have so many positives coming out of this, and since I don’t feel right keeping the money now that they got their dad’s gift for free, we’re going to give away the extra tickets and set up scholarships with the donations they’ve collected,” she said. “We’re going to give the scholarship to a local graduating high school senior majoring in business management.”

I NEED THIS SIGN!!!  Prepare the Holy hand grenades! 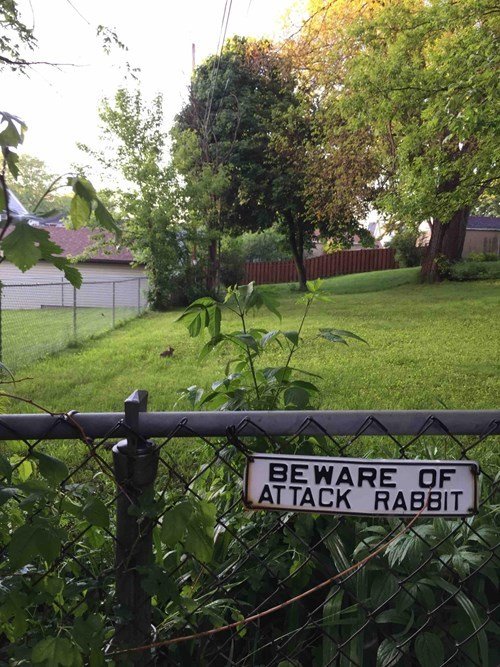 I’m pretty sure this is the highest level of love one can achieve. 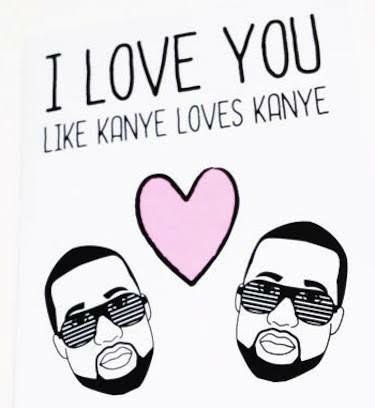 And that’s all the time I have for you today.  Have a great weekend and for goodness sake, don’t shoot yourself in the foot. Until next time, my little gingersnaps… I’ll leave you with this WTF fact.  If any of you went to an Ivy League school during these years, please verify this creepy fact! 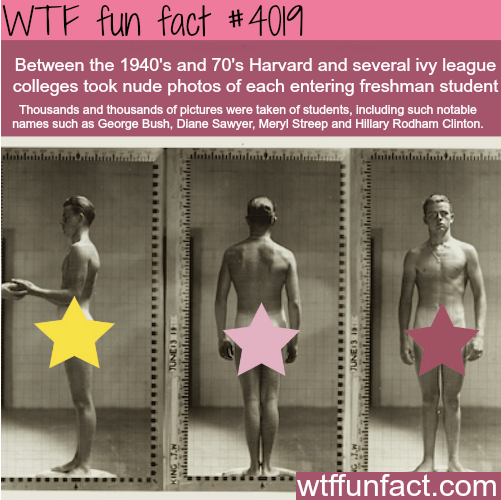 Jun 13, 2015Jamie
Spokane NAACP Leader's Race Comes under QuestionI almost peed myself watching this little boy rock out to Rage Against the Machine on Guitar Hero