It’s Been a Watershed Breastfeeding Year 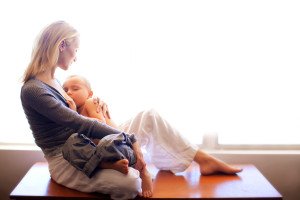 It was two years ago today, exactly, that I was having brunch in northern California with Brian, the kids, and my parents. I almost forgot about that Friday morning, until my dad brought it up to me the other day. Aram was two years old and was still occasionally breastfed during the day. He asked to nurse at the restaurant and I placed him on my lap and began to breastfeed him. The people at the table looked over, more, it seemed, out of curiosity than contempt.

That is when my mom (a breastfeeding advocate for the past 25 years) looked over at me and said, “You know, Jamie, you can’t change the world.” At the time, I didn’t understand where the comment was coming from, so it was frustrating to hear. Now, I understand her intentions with that statement. It was her white flag moment. She had been trying to educate people for decades with what she felt was little change in society, and she felt defeated in that moment.

Flash forward one year later to the day (exactly one year ago today) and Brian, Aram, and I were at the photo shoot for the infamous Time magazine breastfeeding cover (although, at the time, we didn’t know any of the photos would make it in the magazine or on the cover). Great experience, unexpected results (not all negative).

Now we’ve reached a year later. Time gives amazing perspective (actual time, not the magazine, but they’re pretty good at it, too).

As much as my mother’s despondent comments seemed a little melodramatic given the scenario, with the perspective I have now, her words were absolutely right, perhaps just not in the way she meant them.

A single human being cannot change the world, however, one human being or an event can be the catalyst for cooperative change. Many people need to be involved for real change to happen. This just reiterates the importance of community.

The social perception of the media has been negative in recent years. The less than reputable few have tainted the public’s perception of how media is typically run.

One of the positive aspects of the media is that you can use it to reach a global audience/community. The Time cover event was most definitely a catalyst for education. Whether people loved or hated what was portrayed, a mass education was underway. As with anything, social change takes time, but the amazing thing was how many people were reached who would have not otherwise felt supported in their parenting practices or have thought to research different parenting practices.

For me, the most exciting and empowering moment that came from the Time cover was when a woman contacted me after watching the Nightline interview where we discussed the cover and adoptive breastfeeding. The woman had just brought her child home from a country in West Africa. She had no idea that adoptive breastfeeding was possible into toddlerhood and beyond. Her child was having difficulty adjusting, and showed interest in her breasts one day during nap time. When the woman saw the Nightline interview, she decided to offer her breast to her child and the child immediately latched on and fell asleep. The country where this child is from values breastfeeding well past a year, and cross-nursing is common. This adoptive mother believes her child was breastfed by her caretaker. The child came back to her breast the next day during nap time and her mother asked her if she was sure. The child nodded. The mother asked, “You know there is no milk, right?” She said the child patted her knowingly and said, “Yes, I know.” The adoptive mother thanked me and said the transition and attachment have been aided tremendously. She said she wouldn’t have even thought it was a possibility unless she saw that Nightline interview.

I started crying when she told me that. It was the first time I realized that something big was happening. It had nothing to do with us, but our position in this event was special, and we knew it. It was like someone had given us the best seats in the house to watch this unfold.  The negative and positive critiques were trying to place emphasis on us personally, but in that moment we realized our role was finite, like a grain of sand at the beach that someone decided to magnify for a moment.

After that one adoptive breastfeeding story reached us, others started pouring in. Parents from all over the world were speaking out about their parenting practices. Some said they came out of hiding to their families. We received countless emails from adoptive parents who breastfed their children of various ages. Again, we did not feel we deserved any accolades (Time did more than we did) but we were grateful to be the ones receiving the positive stories.

Today is significant for me personally because I am able to see the confidence that men and women have in their parenting practices. They are willing to share why they are parenting for the needs of their children, not necessarily to convince parents to parent exactly like them, but to stand up and say, “This is what is best for my child, and by sharing our story, you may either understand why different parenting practices work for different children and families, or you may realize this is a good option for your child or family.”

Today, my friend Zoe shares her adoptive breastfeeding story on her blog, Slowmama. She admitted her own fears and reservations (due to social stigma) in sharing this story, but felt it would help people and that it’s an important message to share. Go over there, check out her awesome posts and her two adorable twin four-year-old girls, and give some encouragement to a brave and beautiful family.