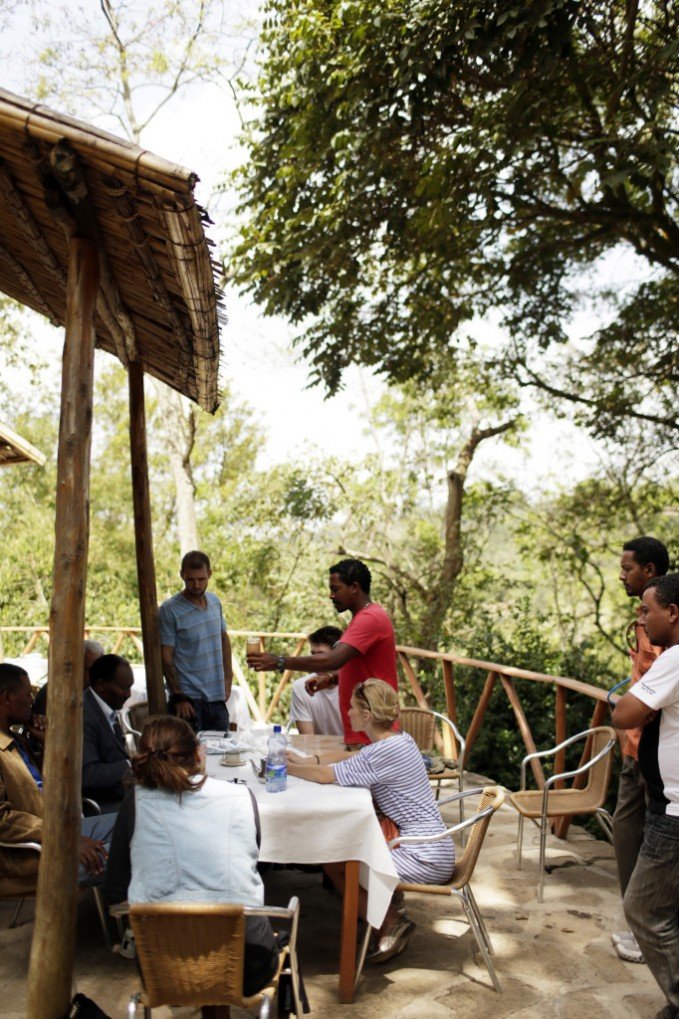 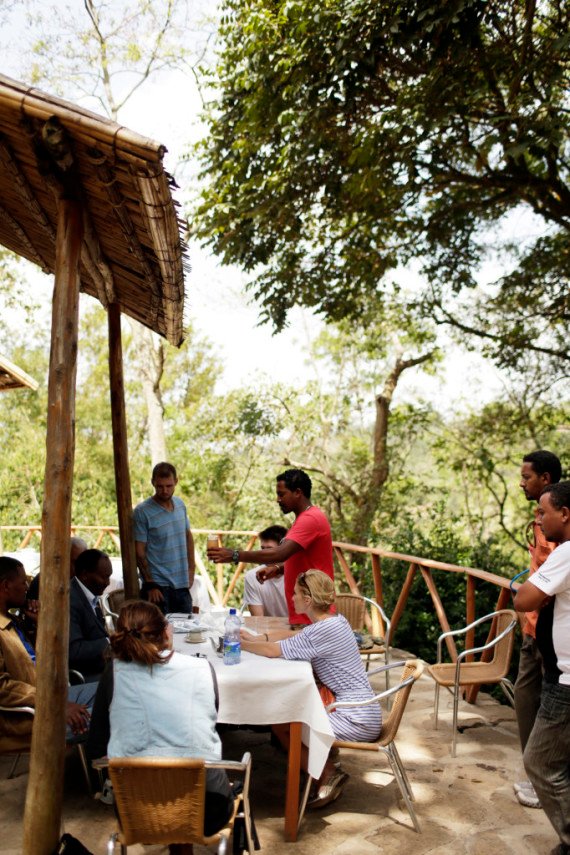 Meeting with the Minister of Water. -Photo by Lori Dorman

On our final day at the Aregash Lodge in Ethiopia, the owner came over and said, “God works in mysterious ways… The Water Minister of Ethiopia surprised me with a visit today. He came all the way from Addis Ababa.” 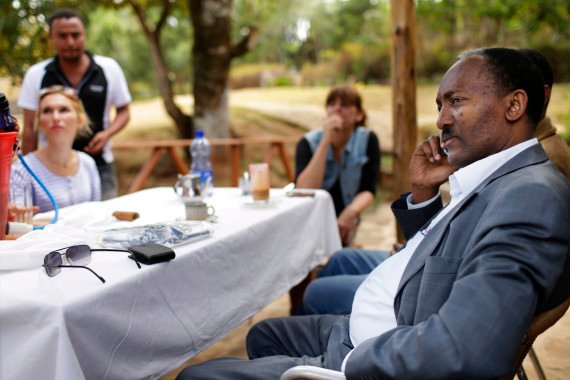 We held an impromptu meeting at the lodge where the minister and his associates sat and watched a filter demonstration. This was the first time he had seen such technology and was in awe. He showed us the chlorine tablets they had been using and lamented about the issues he had with them. 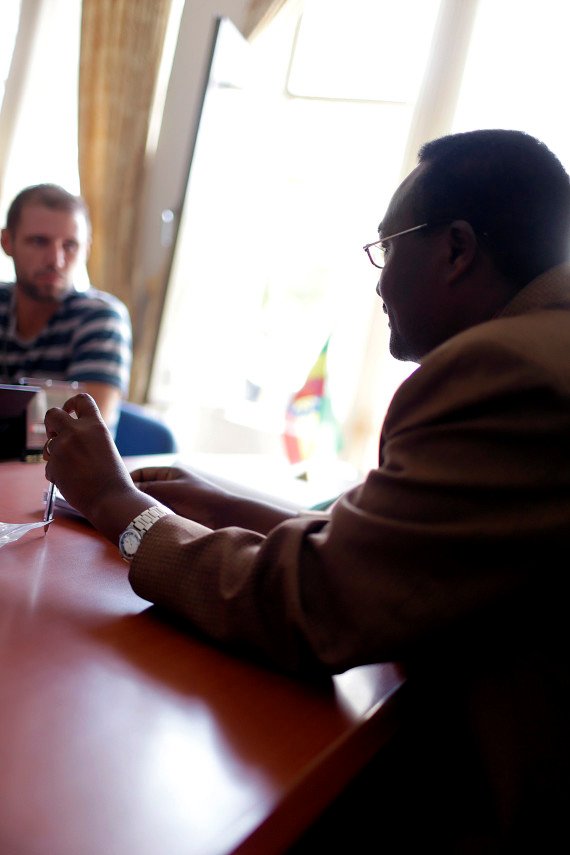 Meeting with Minister of Water, Awassa. -Photo by Lori Dorman

He then connected us with the local minister of water for Awassa, where we came up with a solution for a village in the surrounding area that need clean water desperately. 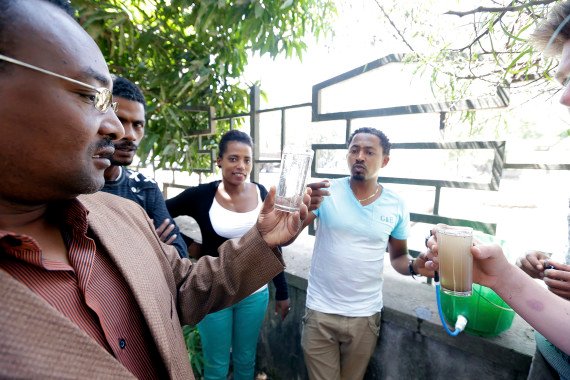 This community was in the area we heard had airborne diseases, and there happened to be quite a severe sandstorm the day we arrived to implement the filters. The weather was extreme, it was a totally different feeling from the other implementations. The crowd looked on interested, but not very happy. 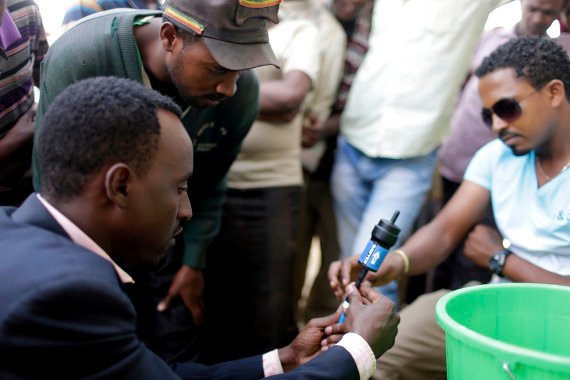 This was probably the worst well we had seen. The water level had decreased a lot and the options were uncovered stagnant water in the dry sandy area. The people complained of the taste and how they were getting sick. This was the first time where we visited a location where the people looked hopeless. This was because they had reached such dire states, and the community had become somber. 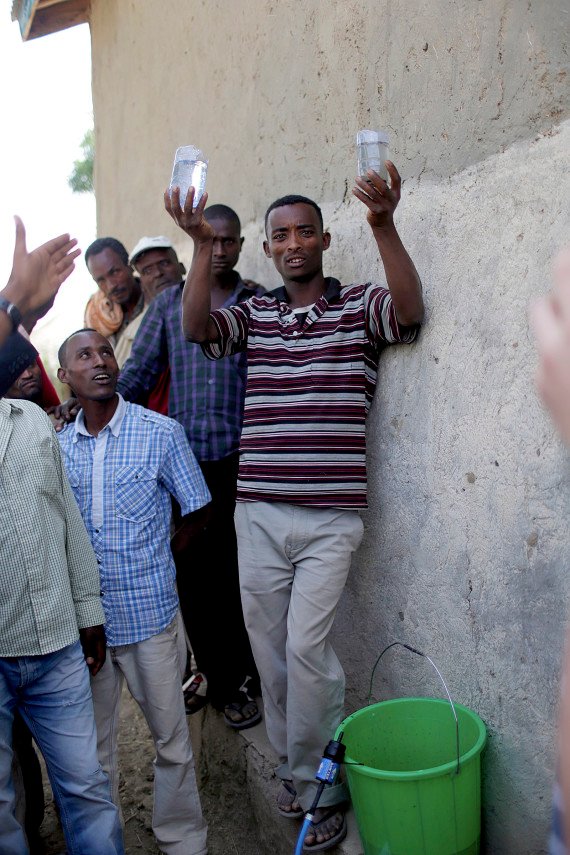 As soon as the water was filtered, we began handing it out to the children who were severely dehydrated. They all patiently waited their turn, but as soon as they were handed the water and reassured there was more where that came from, they became to drink with such fervor that clear drips of water were falling down their their faces as the women of the community looked on with intense satisfaction. 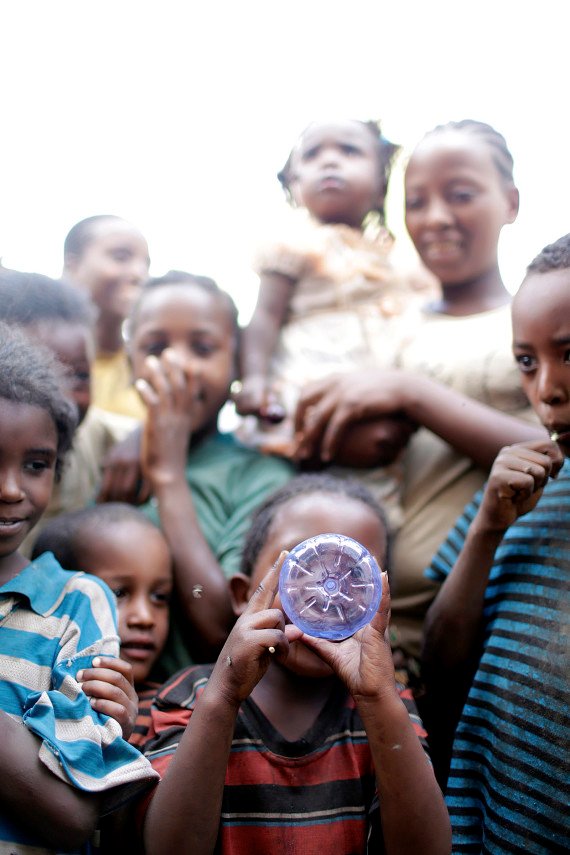 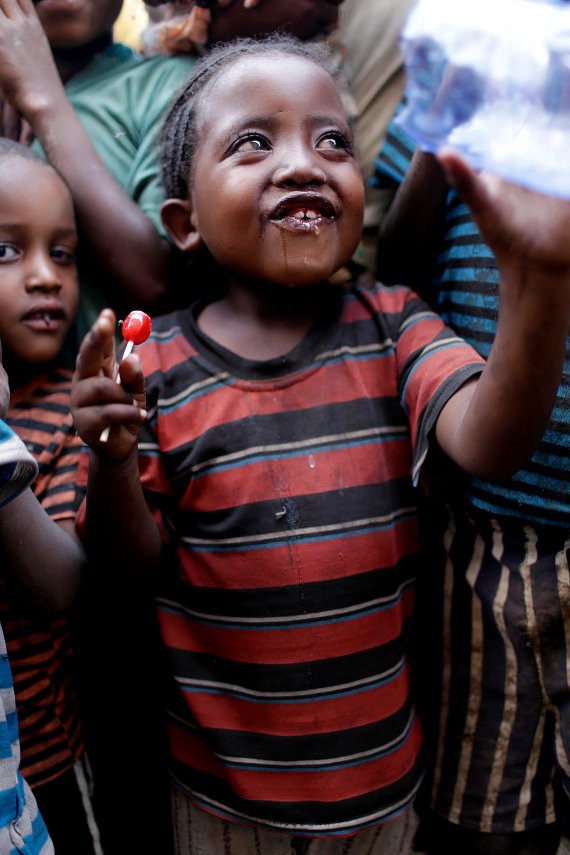 We were all surprised how quickly the mood changed. There were cheers, smiles and a swarm of people around the filters learning how to use and clean them properly. 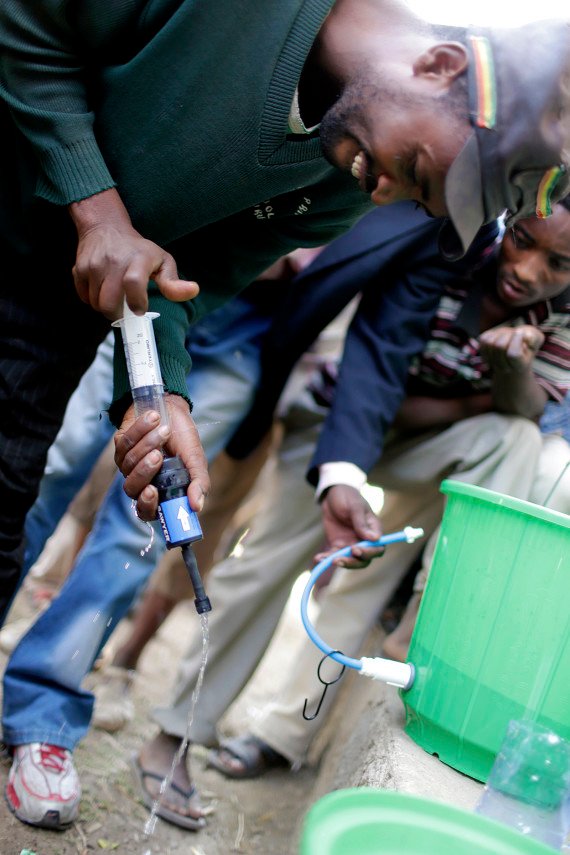 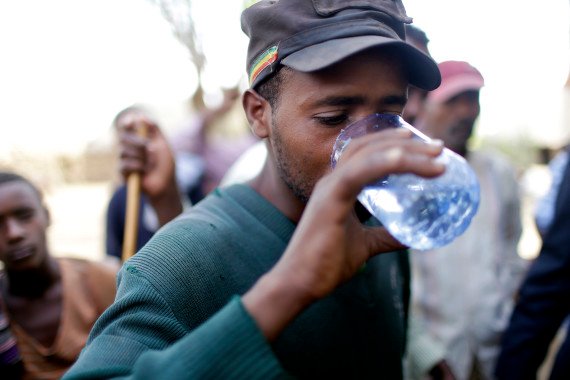 The leader of the community left us with these words:

Learn more about why water matters and how you can help by visiting WavesforWater.org