Every year during this time I secretly envy the people living in Arizona…… Keep Reading!!!

With the news that Netflix will be releasing the House of Cards Season 3 on Febuary 27, 2015, Sesame Street just released an awesome House of Cards Parody called “House of Bricks.”  Watch this modern twist on the classic Three Little Pigs as we follow the story of Frank Underwolf and his attempt to take over the white brick house.… Keep Reading!!!

Christina Aguilera recently was on the Tonight Show with Jimmy Fallon where she sang “Thank for Being a Friend,” the Golden Girls theme song. The singer also said that she “goes to sleep to that song every night.”… Keep Reading!!!

We all know their names and of course the signature looks of these the well-known and beloved Disney Princesses. What BuzzFeed Video decided to next was brilliant, taking the time to actually create historically accurate versions of our favorite Disney Princesses.

Take a look at their full blog post to get an idea of the time put into getting these looks as accurate as possible. http://www.buzzfeed.com/eugeneyang/if-disney-princesses-were-… 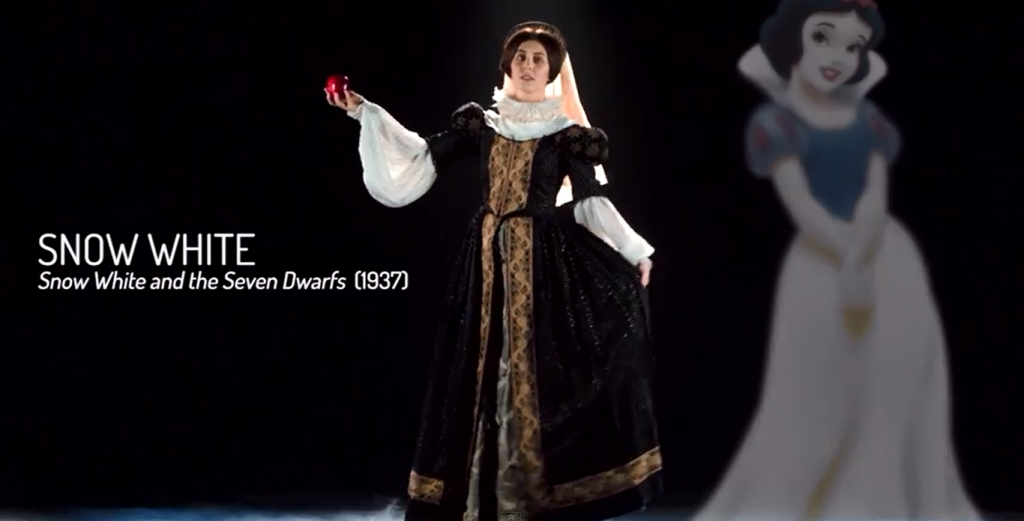 No One Showed up for This 6 Year Old’s Birthday Party, but When the Community Found out They Did This…

Ashee Buratti sent out invitations to her son Glenn’s entire class for his 6th birthday party. Glenn has been diagnosed with autism and epilepsy and his mother said he was extremely excited about his party. However, none of the parents RSVPed, but Buratti remained hopeful that some of the families would still show up. Unfortunately, this didn’t happen. Buratti said when she broke the news to Glenn that no one would be coming to his party, he broke down … Keep Reading!!!

The Secret to Why Moms Get Nothing Done

We all know it is true but Blogger Esther Anderson’s video “Why Moms Get Nothing Done” captures all of the finer nuances of what really goes on around the house lol.

We found it on huffingtonpost.com… Keep Reading!!!

Orchestrated madness is the phrase that comes to mind while watching Siska’s new video for the song “Unconditional Rebel.” Shot in one continuous 5 second take, the video features some 80 extras and was shot using a camera that shoots at 1000 Frames Per Second to capture this unique piece of poetry in slow motion.

Here are some screen shots to give you an idea of what you are in for!

John Oliver on the Sports Illustrated Swimsuit Issue: How Is This Still a Thing?

We subscribe to Sports Illustrated…
Every year we’ll get the famous swimsuit issue, and every year I’ll think I’m going to find a great bathing suit. I mean, the sporty people at Sports Illustrated painstakingly put together an entire issue dedicated to swimsuits. I always assume that to be something good in there, and that is where I go wrong every single time. So, for my fellow swimsuit hunters, I offer this advice: Go in expectations low. Expect nothing.

These guys must have thought Ford was wanting to play matchmaker when they offered each one a date with a beautiful woman. What they didn’t know is that American motor company was revving up for an awesome Valentine’s Day prank.… Keep Reading!!!

Rosamond Pike recently went on Ellen and discussed being a working mom with a 9-week-old infant son. She explained that although her job allows for her to bring her son to meetings, most people are still very surprised when the actress arrives with her baby. The new mom also divulges that she has the same relatable, hilarious, unexpected, and unglamorous moments in breastfeeding and pumping like anyone else does… except for maybe the award show snafus. Her recent BAFTA awards … Keep Reading!!!

Have you heard of Tree Change Dolls? The project initially started as a hobby for Sonia Singh of Australia, and soon became much bigger than her family had ever imagined.

Signh, a trained scientist, uses second-hand dolls and gives them a completely makeover/under. Since most the dolls she uses happen to be Bratz dolls, much of the praise Signh has garnered comes from the revelation that these hypersexualized children’s dolls are not only aesthetically more pleasing to the eye, but … Keep Reading!!!

Watch This Video Compilation of Babies Going through Tunnels

What the reaction of these babies going through tunnels. Perhaps it’s giving them flashbacks of being in the womb?… Keep Reading!!!