This week Frito-Lay launched Doritos Rainbows. It’s a limited edition version of the chips to raise money for the “It Gets Better” campaign. Gay and Bisexual youth are 4 times more likely, and questioning youth are 3 times more likely, to attempt suicide as their straight peers. Nearly half of transgender youth have considered taking their lives, and one-quarter report having made a suicide attempt. It Gets Better‘s goal is to prevent these suicides by having gay adults convey the message that these teens’ lives will improve, via social media videos.

You know what that means: Mike Melgaard, the famous Target Troll, strikes again because people are pissed at Frito-Lay for wanting to see children survive childhood. Enjoy!

I think you’re confusing the products you boycott 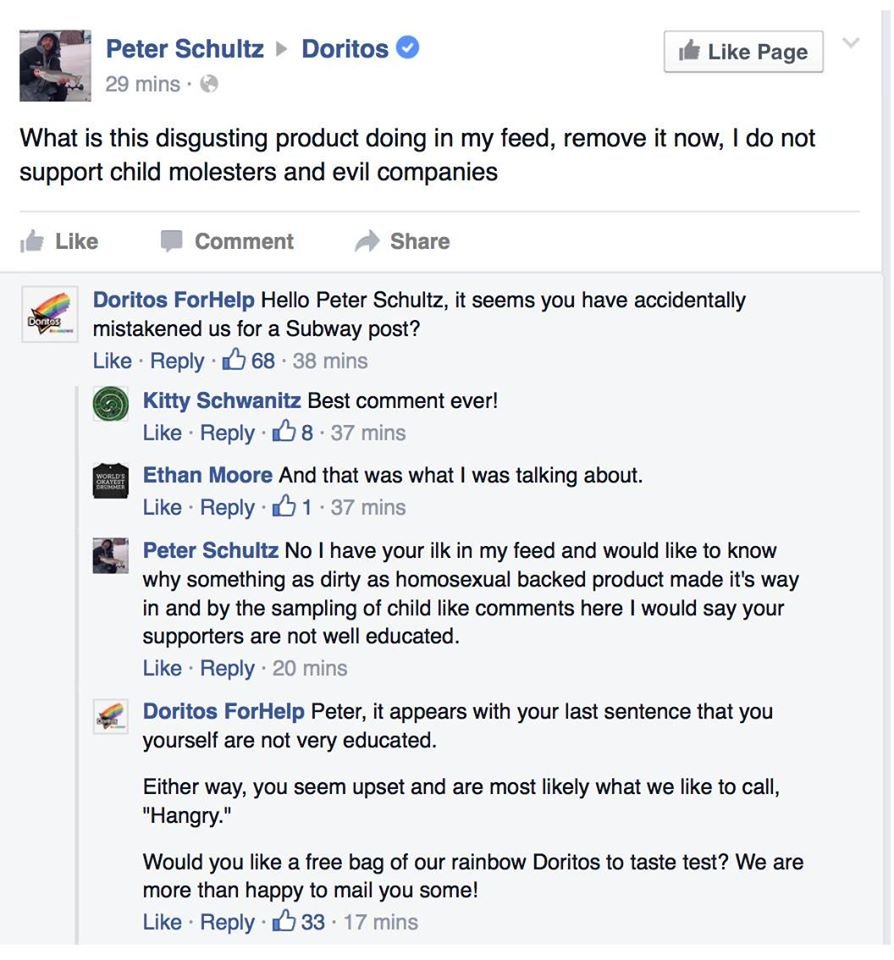 How many men must get ultra fabulous before Jeni cares enough to quite facebook? 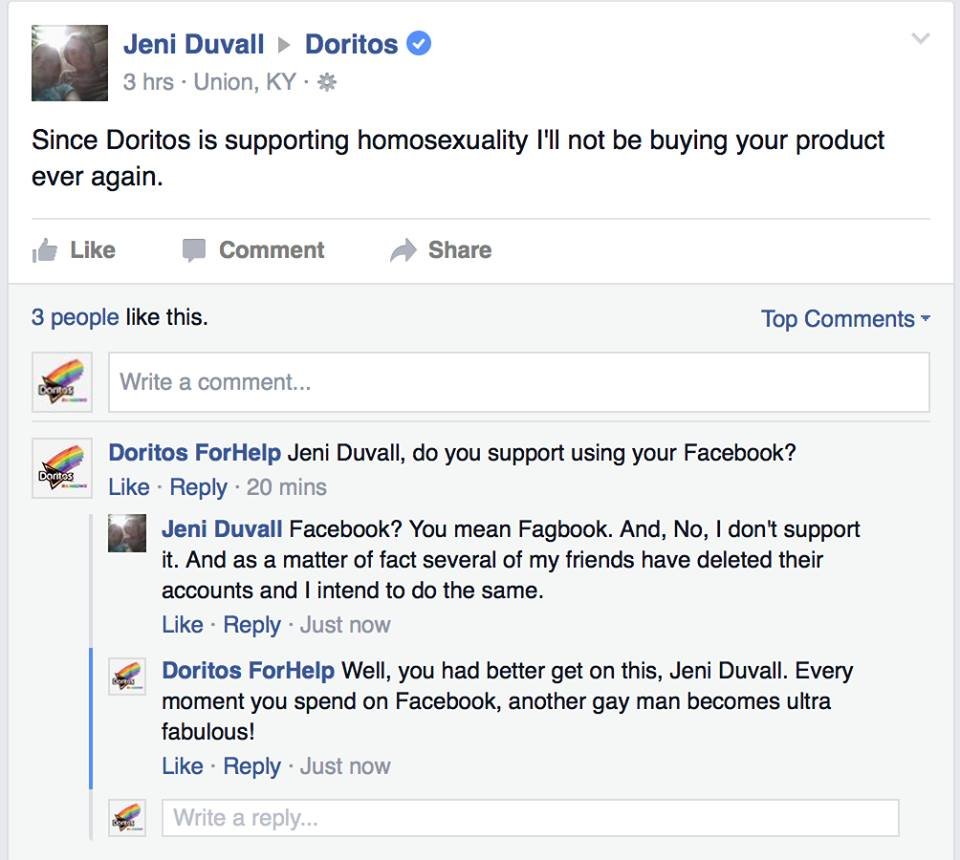 But which aisle will we find them in? 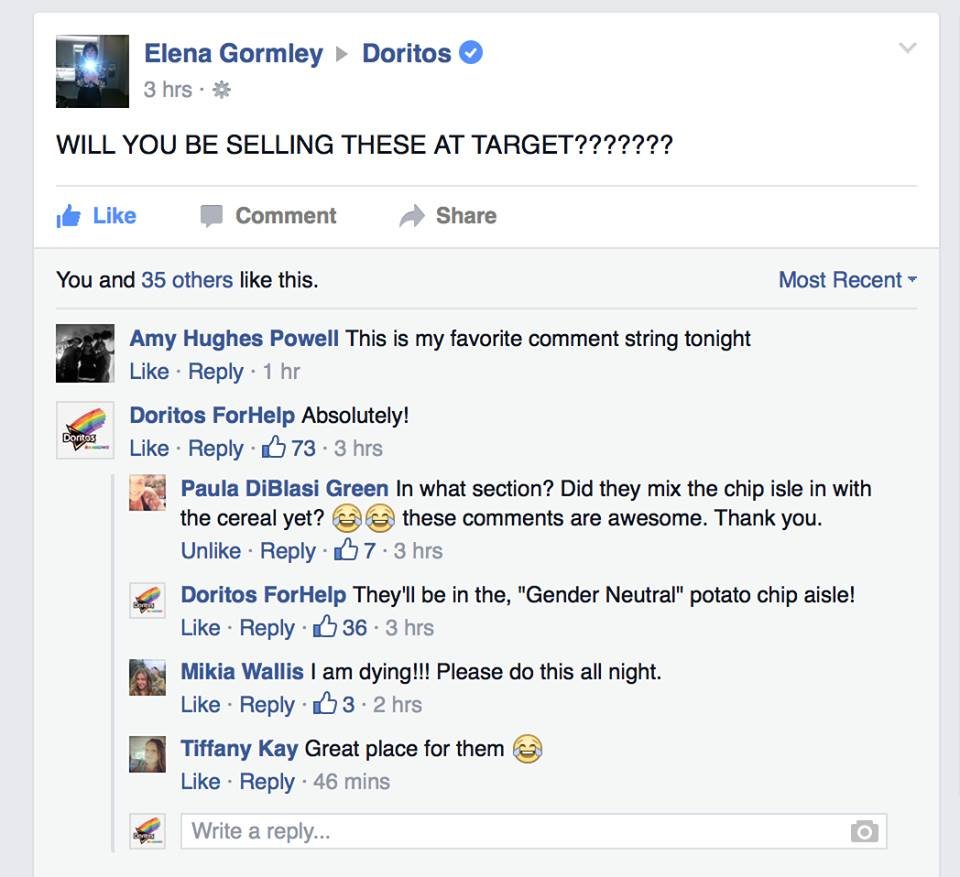 I bet this guy is friends with Bob Clark 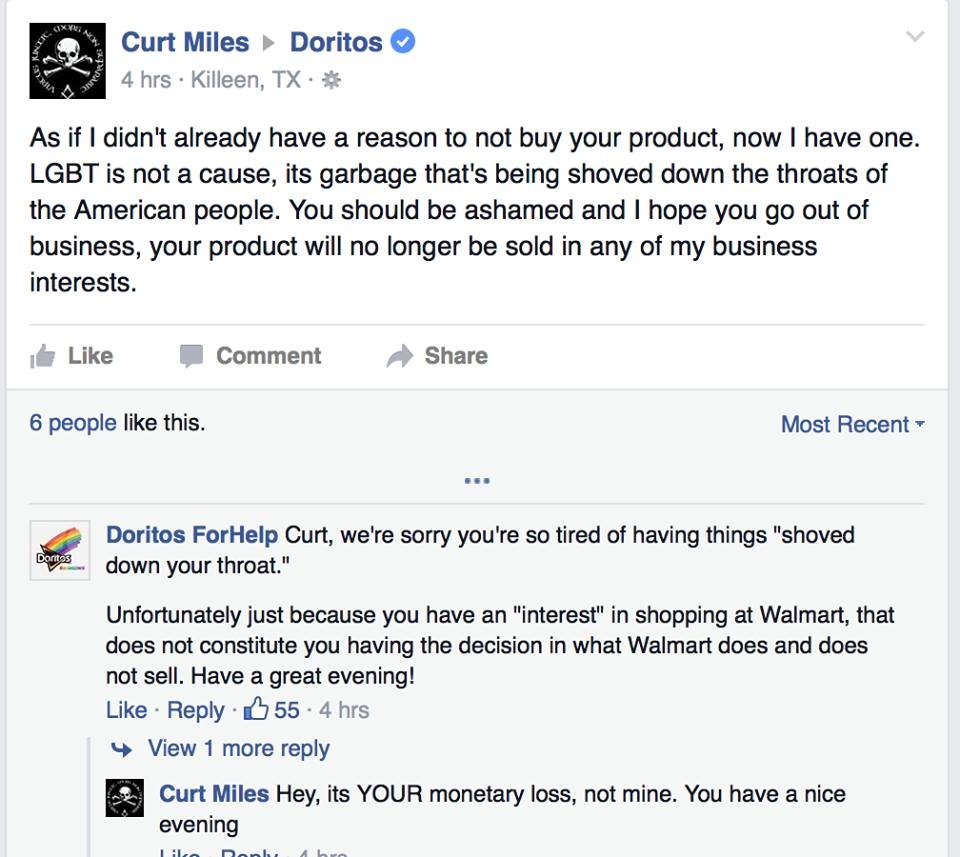 I could get on board with penis Doritos 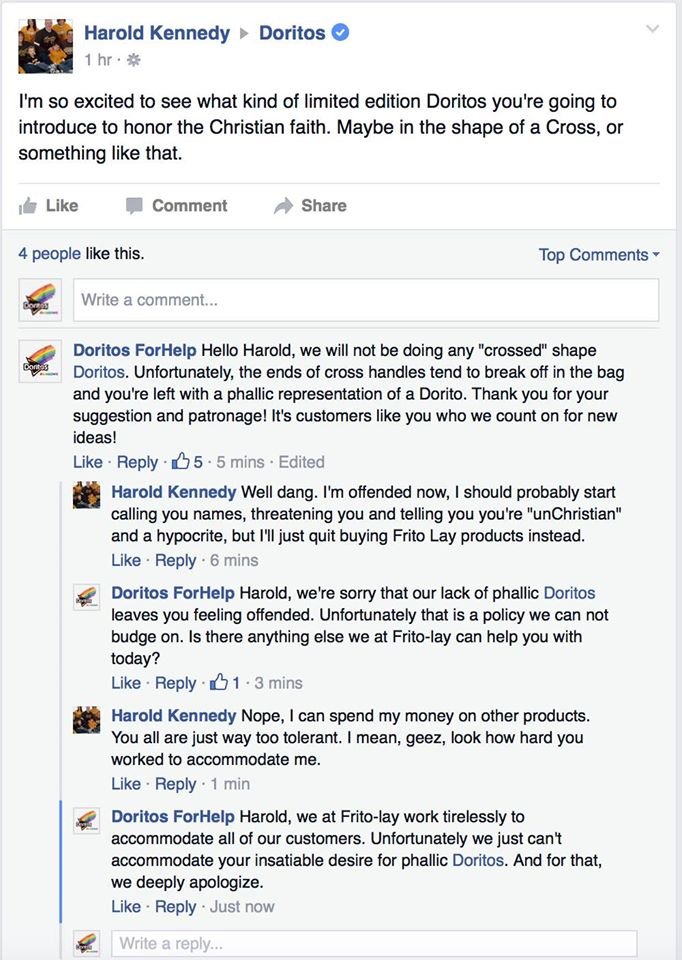 This one sums it all up. There is nothing political about suicide prevention! 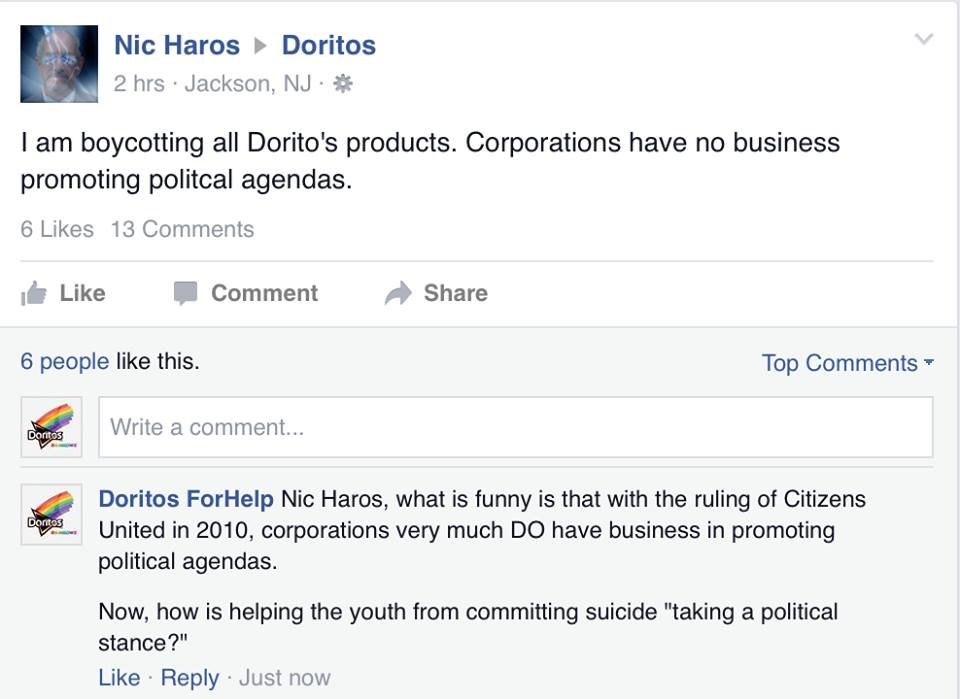 I can’t wait to see Doritos’s response to this. Target’s response was pretty awesome, Doritos has to up their game.