Home > Why We Allow Toy Guns in Our House

Why We Allow Toy Guns in Our House 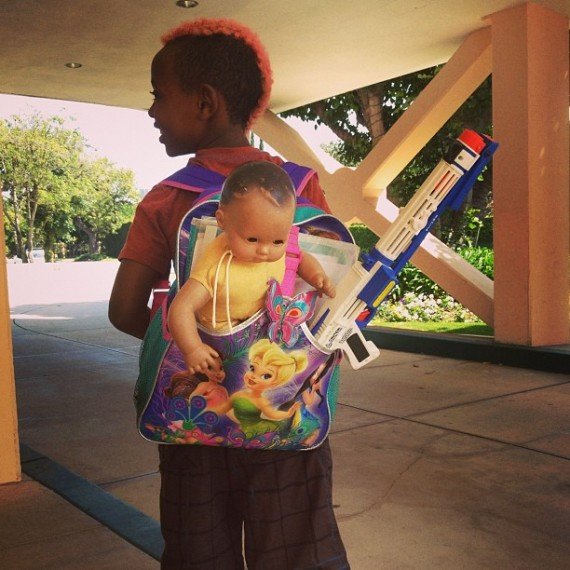 Strobridge Elementary school in Hayward, California is holding a “safety day” where they will have firefighters discuss fire safety and police officers discuss bicycle and gun safety.

The unique part of this day is the toy gun exchange. If you give up your toy gun (squirt gun, Nerf gun, Star Wars blaster- you name it) you will receive a book and be entered in a raffle to win a bicycle.

Charles Hill, the principle of Strobridge Elementary explains why he believes the toy gun exchange will have a positive impact on the participants:

“Playing with toy guns, saying ‘I’m going to shoot you,’ desensitizes them, so as they get older it’s easier for them to use a real gun.”

This was timely for me, because I was just thinking about the toy guns in our home. I wasn’t questioning whether or not the boys should be allowed to play with them, but rather, if we should call the toys “guns”.

I know some people prefer “squirters” or “blasters” to guns, and I started contemplating if that was right for us.

I am also curious if that is what many parents find problematic about something like a squirt gun.  In reality, it isn’t much different than having a water balloon fight, but it is the connection to violence with the shape of the toy and the association that the word “gun” has with “firearm” that makes it different.

I understand the concern with that, I really do. I do not think it would be wrong to remove anything related to a weapon or what the family perceives is a promotion for violence; it would not be wrong to decide that isn’t something the family is going to embrace in their home.

But back to the word. So, the dictionary defines a gun as a weapon for the first definition in the dictionary, but the second definition opens up a lot more objects to being classified as a gun (including a squirt gun):

Okay, so my glue-gun can keep its name. (I lied; I don’t have a glue-gun…I just wanted to sound crafty for a second.)

I spoke to Brian about the boys playing with toy guns,  and asked for his thoughts. He believes that it is important for the boys to have the ability to play with toy guns as weapons (for hunting or otherwise). The boys are interested in his job; they know he has a gun with him at all times, and they naturally are curious. 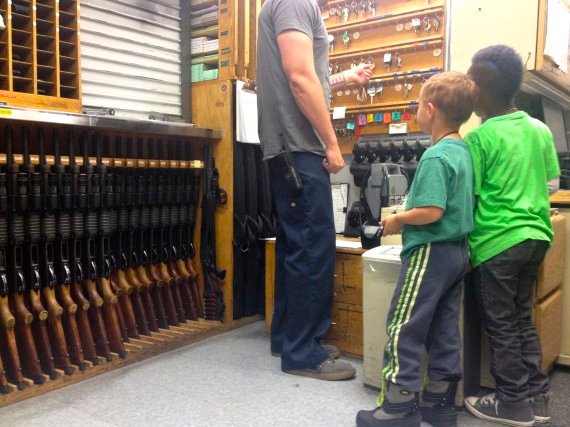 Brian occasionally shows them his “real guns” while they look on with a healthy fear and curiosity. He shows them how he unloads the gun, then holds it properly, even when unloaded, because it is a very dangerous device. They ask questions about shooting people, and Brian explains that he doesn’t shoot people, nor does he ever want to. I’ve heard him say something to the effect of, “They train us guns to use guns as a very last resort…which is so rare I, thankfully, may never have to do that. If a person is hurting someone else, they probably are hurting, too, and we want to make sure to get the person help, not hurt them more, or kill the person. That is what the guns I have do; they kill people… At work, we never want to use our guns, but I am glad I have it, because I want to make sure I keep innocent people safe and make sure I stay safe, so I can come home to you.”

He also added as a comfort and a truth, “Most people don’t use guns, even if they have one, because even the people we arrest for doing bad things realize how serious taking another life is. You can’t bring a person back, even if you shot them on accident.”

The boys ask why mommy doesn’t have a gun, and Brian explains to them that not all grown-ups want or feel they need a gun. It is legal to own one responsibly, but many people feel like there is no reason to possess one or that it would be more dangerous to own one than not to.

Then, they like to talk about how mommy has knives.

Yes, I do. (Come to think of it, toy knives and swords are toy weapons that no one seems to be concerned about.)
The boys and I started a “real knife” collection together that we keep in a safe in our room, but the boys sometimes ask to bring it down and we’ll look at the pieces we’ve collected together. In every country we’ve visited, we’ve brought a knife back. My favorite was a knife created by the Hamar people in Ethiopia. When we were in South Africa and Aram was recovering from puking his guts out, he wanted to find a knife for our collection, but instead found a a group collecting money for an AIDS clinic and made sure we stopped to give them his knife money. (Don’t worry, we still made sure to find him a knife…Okay, this one might have been a letter opener, but it is knife-ish. That letter opener makes me smile every time I look at it because of the story attached.) 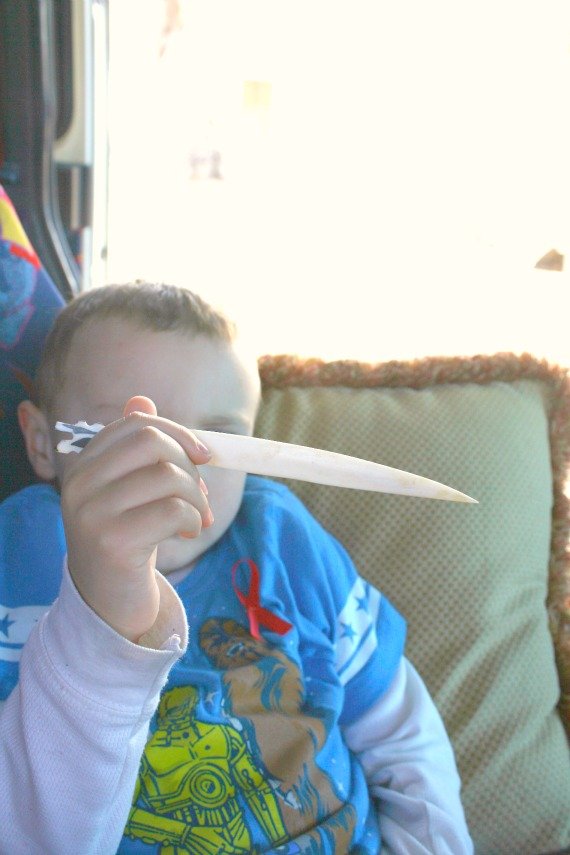 It seems our family isn’t afraid of weapons, real or fake. It is important that they learn about the uses for every weapon (hunting, self-defense in extreme rare scenarios, and even combat), but the most important thing is that they understand the difference between real and fake weapons. Whether or not they believe using a weapon in any of the scenarios we listed is right or wrong will be up to them to decide as they grow older.

Even though they haven’t reached adulthood, the boys’ opinions are of value and I was curious what they thought about this.

I told the boys about the school toy gun exchange and asked if that was something they would be interested in.

Aram scrunched his face in disapproval and Samuel said “No thanks, can we please keep our guns?” (I had to explain to them that I was just asking what they thought and not suggesting this was something they needed to do. They seemed to open up more once they realized their toys weren’t  at risk of being replaced by books.)

I asked Samuel what the difference was between real and fake guns. He answered, “Real guns hurt people.” I asked him if he thought it would be easier to use a real gun since he plays with squirt guns a lot, to which he replied, “No, Daddy’s guns are different than toy guns; we don’t know how to shoot them and we could accidentally shoot ourselves if we played with them.”

I asked Aram what he thought and he just said, “I like playing with toy guns. I like squirt gun fights with you in the pool.” And I thought, “I do too!”

Samuel: ” I don’t want to learn to use real guns when I grow up. I want to be a gardener.”

Samuel: “Or a secret agent…”

Samuel: “Oh, I’ll learn to use one then, but I want to be the kind that works with computers.”

Again, I think it is a personal decision if you want to allow your children to play with guns, and I do understand that if it goes against your own family ideology, then skipping the guns makes sense.

However, as a person who has had a brother taken from this world by a firearm, and a wife of a law enforcement officer, I wholeheartedly believe allowing toy guns in our own home is not putting our children at risk of violent behavior. In fact, in our case, I think it is helping them understand the serious nature of weaponry and warfare and, like with the boys’ martial arts classes, they learn to respect human life by understanding how fragile it is. They are learning that while they may have the capacity to end someone’s life through violence, it would be the last thing they would ever want to do.

I guess with all of that being said, in about 10 years you can expect to see us playing as a family in the paintball park.