For all of us dads out there that were severely disappointed when we found out that the original Tony Hawk hoverboard video was a prank, here’s the real deal! I’m thinking big picture here with hovershoes, hoverstrollers, hoverBigWheels and so on. I’m wondering if my 18 month old son would be cool with getting a hoverboard carseat and pulling him around with one of those kid-leashes. It definitely would make trips to the zoo a little easier. 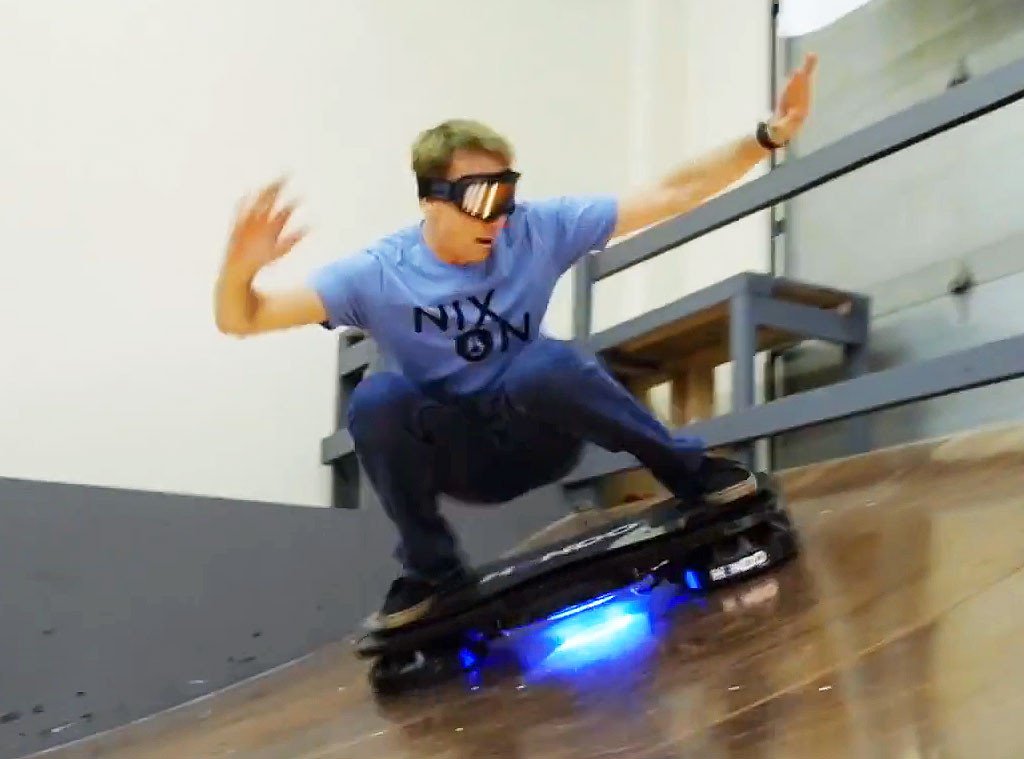 I’m a little skeptical regarding the technology and where it’s at considering that the video shows them “hovering” over an obviously super-slick surface instead of a regular skate ramp. I’m wondering how often the board actually touches the ground and has to slide instead of hover. Then again, defying gravity without jet engines or propellers and putting it into a package the size of a skateboard is a pretty amazing feat. I don’t think Marty McFly would be impressed at this point with the board but I have to admit that when I sit on Santa’s lap this year, it’s on my list.