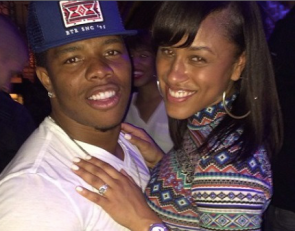 After TMZ released footage Monday morning of Ray Rice physically assaulting his girlfriend, the Ravens terminated his contract and cut him from the NFL team. Just over 20 minutes after the Ravens announced this, the NFL released a statement that Rice will be suspended indefinitely.

Rice originally made national headlines regarding the incident when TMZ Sports had released hotel surveillance footage of Rice dragging his unconscious girlfriend out of the elevator.

The video released this morning shows footage of the actual assault.

Even after the first video surfaced, the Ravens had firmly supported Rice. The NFL was also heavily criticized for only suspending Rice for a mere two games. This lead NFL commissioner Roger Goodall to announce an enhancement in the personal conduct policy on domestic violence. 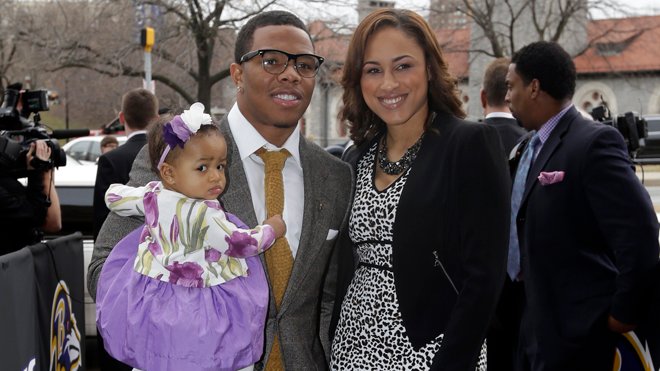 Pictured: Ray Rice, his wife Janay Palmer (who was his girlfriend at the time of the assault), and their daughter.

However, Rice’s fate with the Ravens rapidly changed with the release of the second video. The footage reveals Rice not only hitting his girlfriend so hard she becomes unconscious, but also him spitting on her and dragging her out of the elevator, all while clearly not showing any kind of concern for the other party. 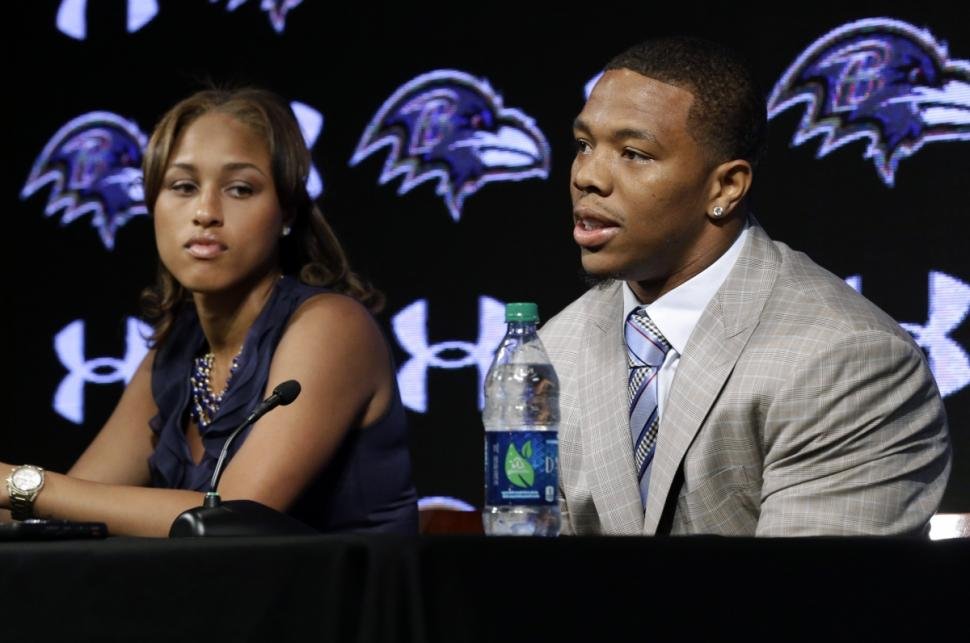 I would love to know why it took this video for the Ravens and the NFL to take action. Did they have to see the incident in order to believe it? Or was it simply a PR move? Has the NFL completely lost sight in doing the right thing without public pressure driving the action or reaction?

Ray Rice fired? Justice always prevails! (By always, I mean only when there’s video evidence.) (And even then, only sometimes.)

Terrance Knighton Broncos defensive tackle is not cool with the way any of this was handled:

That man should be thrown out the the nfl and thrown into jail. Shame on those deciding his punishment. Smh

What took so long?

Had today’s video never come out #RayRice would still have a job. As if the incident and the 1st video weren’t bad enough. #fightforvictims

Chris Harris Jr. cornerback for the Denver Broncos believes the NFL should even have a stricter domestic violence policy put in place:

The NFL should have zero tolerance for domestic violence. There is never a reason for any man to be violent towards any woman.

Why did it take so long for the video to be released?

Anyone know why the @ravens hid the #rayrice video for 6 months? To protect the victim, the offender, or to protect their investment? #nfl

Duke Ihenacho strong safety for the Redskins heavily weighs in on Twitter:

No I don’t care how you slice it, it’s wrong. They gotta open the case back up and come down hard on this one

Save the “maybe she deserved it” comments. Imagine if that was your sister, or daughter, or someone you cared for.

& being a fan of someone that’s a good player is one thing, but this is way bigger than football. Don’t be blind to what’s really important

Just so many things wrong with this situation. Spit, punch, trying to wake her up like she passed out on her own..na ain’t coo

What message does the public’s reaction send to other victims?

On a serious note, when you blame the victim & make jokes, you’re pushing other domestic violence sufferers to stay quiet. #rayrice #nfl

Why is #rayrice only getting punishment when a video leaks of something we knew he did already? What did everybody think a punch looks like?