Time magazine just released the image for a new cover: 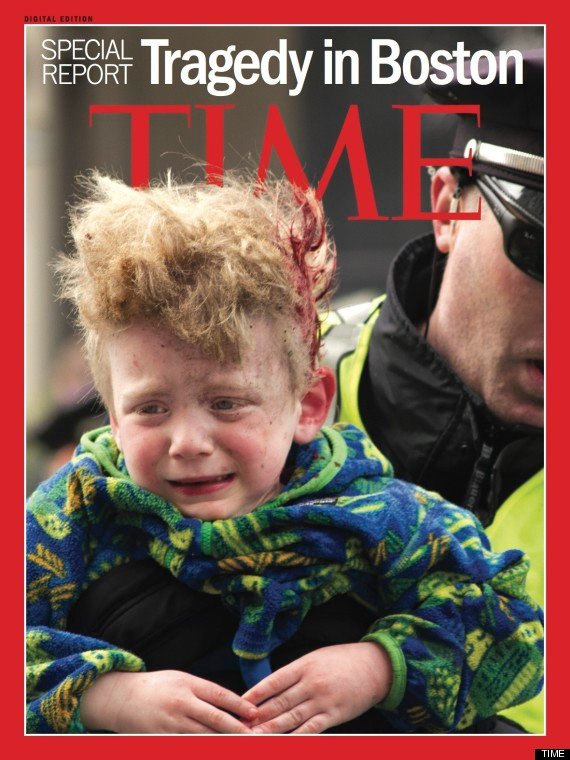 The image of a child crying, appearing to be bloodstained, and carried by a first responder has people outraged.

“He’ll have to relive that Time and Time again. Poor Taste.”

“Time is exploiting a tragedy to make money.”

Why are children’s images so important in news? Because they capture the truth of the moment.  Remember “Napalm Girl”? The iconic photo changed people’s perception of the war in Vietnam.

The publication is weekly, and this is a special. I doubt the child is going to be aware of this image at this moment, and if he is when he is older, it is wrong to assume what opinion he’ll have of it. If it does bring up unsettling emotions, I highly doubt the image will be circulating around mainstream media at that point, and would be very easy to avoid.

As far as being a profitable news source…

Um, that would be all mainstream news. Their goal is to report news and make money by viewer and reader interest. That would include every report you’ve seen about this story on TV. A photograph caught in the moment of the horrific event is a legitimate image to use when covering this story. The goal of a cover of a magazine is to grab you attention and bring interest to a story. I think it did that very well.

Anyway, as far as Time magazine covers go- I like this one.

Apr 17, 2013Jamie
Gender Specific Colors- Who Started The Pink and Blue Trend?Are we embalming ourselves with household products?