Home > After the Storm Perspective

After the Storm Perspective

I am so happy I can start using this blog as a true outlet again. I was waiting until my blog traffic died down and the community that remained was one with whom I was actively building relationships and healthy dialogue. I am so thankful that it has only taken a couple of months for that to happen.

This post and the one that will follow are going to be a bit of venting. In this post, I’m giving my thoughts on the negative aspects of being on the TIME cover, and also, the reasons it has been a blessing. The next post will be about what we experienced from the moment TIME magazine contacted us through the shoot and up until the release of the cover online. My main purpose will be to hopefully inspire others to understand the importance of discernment (and teach your children to always be discerning) when it comes to the media, while describing some of the lessons I’ve learned from this whole bizarre situation. 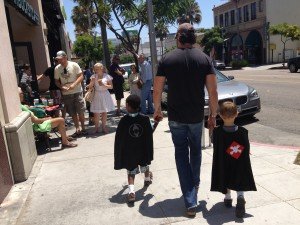 I had to sift through some pretty disgusting articles a couple of days ago because many were under copyright infringement and using my photos without permission. I was able to escape reading some of the articles about the TIME cover, up until now.

It was easy not to take the complete fabricated stories about my family or who I am personally, because they were clear lies. However, what angered me was seeing even some supposed “legitimate” news outlets take bits of my life out of context to make it something completely sensationalized and ugly. For instance, the Dailymail and other outlets had reported that I breastfed Aram at the Playboy Mansion. They were selectively reporting from a post posing the question, “Where is the oddest place you have ever nursed?” What they neglected (and no doubt saw) was the previous post explaining why we were there (to look at the empty grounds for a Fayye Foundation charity event) and that there were no women around, just a lot of birds and monkeys. The point of my post was to show the irony of a place that built their empire on breasts, and here they are now being used for their main purpose, nourishing a child. While I was there, I found it was one place that I felt completely accepted and again it felt ironic that there was tolerance at this location where there isn’t any in the majority of our society. There was another media site that was exaggerating a post where I had pictures of the boys holding up edible underwear. Again, what they neglected to mention was that I was at a Valentine’s Day party put on by the Christian wives group from my husband’s work. It was a gag gift and my children ended up finding the “gift” soon after I came home and thought it was hilarious that there was “a bathing suit bottom made out of fruit roll-ups” (their words). Of course I’m going to take a picture of that; the innocence and ridiculousness of the situation was too cute.

It was nice to have a bit of perspective now that so much time has passed since when the articles were written. I was able to appreciate parts of different sites which claimed we did it for some sort of attention or that now I’m a “household name” and my family will be ridiculed forever. This has already been debunked — in a matter of two months everyone has completely forgotten about us personally, and some even have forgotten about the cover. We knew that would happen, and I’m assuming the people who reported it knew that too. Of course, their goal was to sensationalize to make money and reporting negativity does just that. 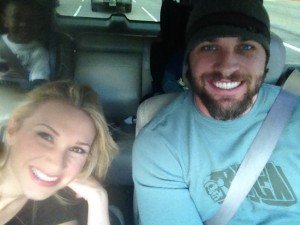 Brian brings the calmness to the relationship (most of the time ;-))

After spending a day reading absolute garbage I was a bit disheartened. I called up Brian, always cool, calm, and collected, and he just had the, “Eh, it’s not true, who cares?” attitude, which normally is very helpful, but I was in such a funk that it wasn’t helping. I called up my sister, mom, and friends, and my mom had this piece of advice:

“That kind of humility is worth its weight in gold and you cannot bring it on yourself in the way that you have had it. Consider it a blessing. You did something well thought out and positive, and it didn’t turn out exactly how you wanted. The fact that TIME chose a sensational picture and tagline has nothing to do with you, but think of who is in your corner, the people you want to be there; the people who were discerning enough to figure out who you really are!” -mom

Yes, my mother is the overwhelming voice of reason, at times. She made complete sense.  If TIME chose an awesome picture with a great headline who knows what would have happened? I’m sure the people who don’t understand breastfeeding past infancy would still have the same strong ignorant reactions, but it probably wouldn’t have gone global, and it would have been well received by the majority of the AP community. I’m also guessing that I would have personally been more embraced by people because my intentions would have been clear.

However, that didn’t happen, and now I understand why it might be positive for the future (something Dr. Sears had said from day one). The photo they chose seemed so extreme that it opened up not just a national, but a global, discussion. People loved it or hated it, but it got certain people talking about breastfeeding past infancy and even if they don’t understand now, they probably were in some way educated from the articles coming out during that time. This will lead to future tolerance. Also, there was the benefit of people having negative reactions to me, personally. If they chose a beautiful photo that really represented the softness and beauty of breastfeeding past infancy, then I probably would have been given more credit than I deserve. The fact that across the board people didn’t like the way breastfeeding was portrayed in the photo (including me) just meant that any individual positive accreditation was taken out of the situation. Not only personally was that good for us, but it benefitted the issue of normalizing breastfeeding I believe more than if some breastfeeding groups attempted to make me a martyr. There was an odd unification happening when everyone came together to hate the photo and the tagline (and bizarrely, personally attacked the subjects in the photo) but then ended up talking about the issue of attachment parenting and breastfeeding a toddler. 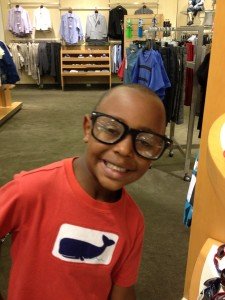 There were also personal benefits for me and my family. We ended up meeting some of the most beautiful and discerning people in direct relation to the cover being released.  These were people who took the time to try to get the facts straight before they opened their mouth to give their opinion. These are the people I want to be personally associated with, because their discussion and advice will undoubtedly be wise and rational. I’ve found that out of all the pages on Facebook the people on this blog’s Facebook page seem to have some of the most level-headed and kind answers, always thinking about people who live life differently than them, but never being apologetic for how they live their life. What a wonderful support group for all women (and men – Barry and Tom you brighten my day with your comments), and I love that we all found each other because of the cover.

Aside from the actual point of posing (in celebration of Dr. Sears book’s anniversary and encourage mothers to parent without shame), I think the most positive outcome has been for the work we are 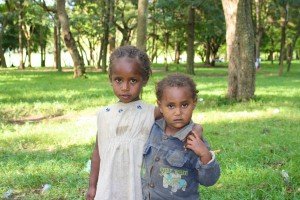 doing in the Sidama region of Ethiopia. People from all over the world came to support the Fayye Foundation, and in the next coming weeks when we go back to Ethiopia we are bringing a group with us that would have never been put together if it weren’t for TIME and the publicity that came from it. In that sense I am so happy for all of the attention that personally came to our family because we knew we would redirect the spotlight we were given to shine it on to people and an area that truly deserve it. Of course, this isn’t the kind of coverage that the majority of people want to see, they would rather see an extreme “reality” show for entertainment. However, with every last ounce of residual attention or focus we will use it to show the reality of the orphan crisis in the Sidama region of Ethiopia. While that isn’t as exciting or sensational as the West would want it, we will feel content knowing that as this candle was burning out we were focusing attention where it needed to be and did not use it for personal attention, financial gain, or in any other vain way. 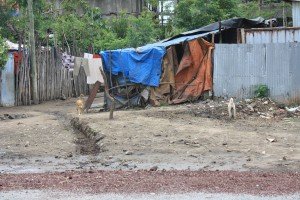 Now that I’ve been able to sort through my thoughts, I have an overwhelming sense of gratitude to my old and new friends, and to the people putting themselves on the line to help support families and encourage them to make the best choices for their lives. Our travels are even more fulfilled as we have met people from this experience living in all areas of the world, and my children will grow up and reap the benefits of such positive and loving people. I am proud and honored to be a part of such a beautiful community. 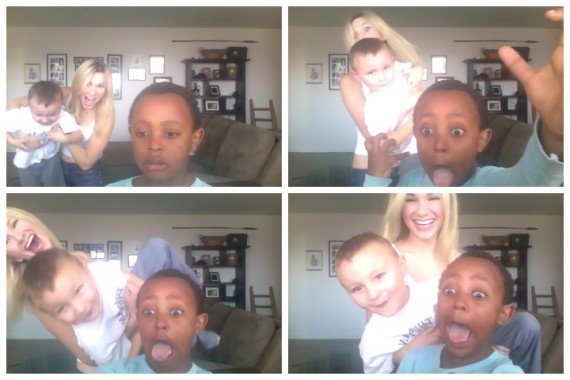 Aug 4, 2012Jamie
Letters For The BoysOur Experience with TIME