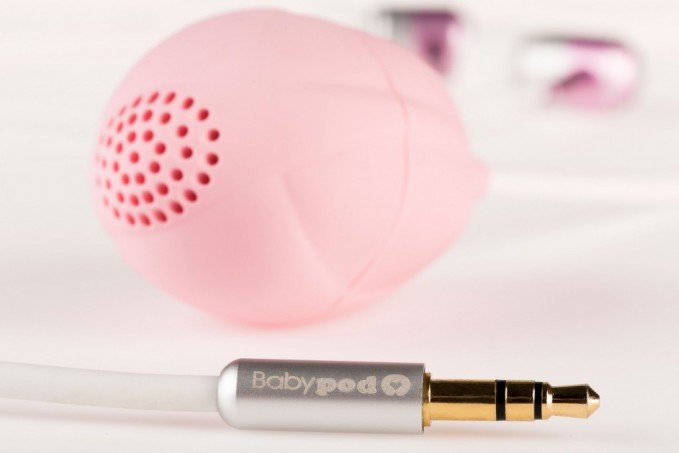 A new product from the Spanish gynecology clinic Institut Marquèshas been developed to help you avoid awkwardly putting headphones around your bump. Enter the Babypod, a speaker that you can insert into your vagina and plug your phone into.

According to Babypod, the only way to for your baby to hear unmuffled sounds is to play them directly into your vagina. Their clinical studies showed 87% of babies reacting to music by mimicing vocal movements, when it was played vaginally, and not muffled by the abdominal walls. Also, where previously it had only been confirmed that a fetus can hear at week 26, babies exposed to the Babypod showed they could hear at 16 weeks.

There is already talk about possible medical uses for the Babypod including being able to speed up ultrasound scans because more movement makes it easier to get all the measurements needed. It could also stimulate baby for kick counts on those days where you start to panic that you haven’t felt much movement, which eases mother’s anxiety and saves everyone a panicked doctor visit.

To celebrate Christmas, Babypod put on a concert for expecting mothers where everyone sat around with their vaginas plugged in and enjoyed the first ever concert for fetuses.


And what about the sound wave vibrations? What harm could they do? Well, fear not they don’t exceed that of your beloved battery operated boyfriend!