There Is a Heated Debate over the Color of This Dress Is this dress blue and black or white and gold?

I see a periwinkle blue and black, just like this: 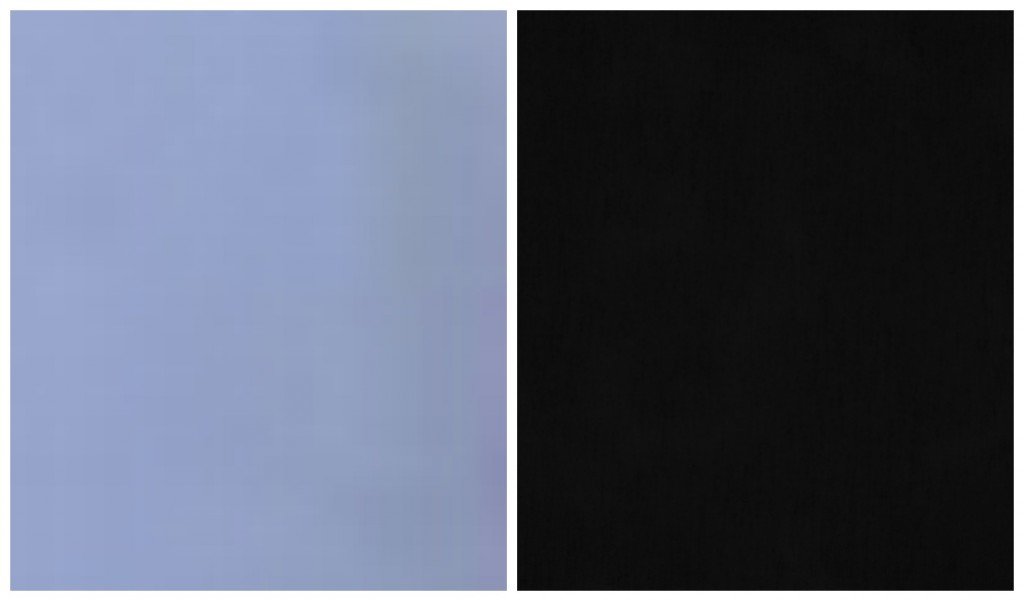 If someone told me this was white and gold, I would think you were crazy…

And I guess my husband is crazy, because he just accused this dress of being white and gold.

This madness all started when Tumblr user swiked uploaded the picture of the dress above. A huge debate started over the colors of the dress in the photo.

Then Buzzfeed started a poll and asked their readers what color this dress was. Out of almost 800,000 votes (so far), the overwhelming majority claim that the dress is white and gold.

As a hypochondriac, I really don’t like being in the minority. I am ready to call my Ophthalmologist up and ask him in seeing a white and gold dress as blue and black is indicative of some degenerative eye disease.

What do you think? What colors make up this dress? Blue and black or white and gold?

Addendum, from IANtB’s Science Editor: Sooo I was sitting at dinner tonight and got a text from a friend, imploring me to “science the dress!!” I had no idea what was going on…

Before I studied science, I studied art. And before I studied Anthropology, I did psychology. So I knew quite well how unreliable our eyes can be when it comes to color (and lines, too) and how susceptible they are to context. The color white, especially, can appear very blue under blue lighting or camera settings. I told her that it was either a prank that some kid on tumblr was playing using a very slowly changing gif, or an optical illusion — the latter being the most likely. The optical illusion I was thinking of was this one: 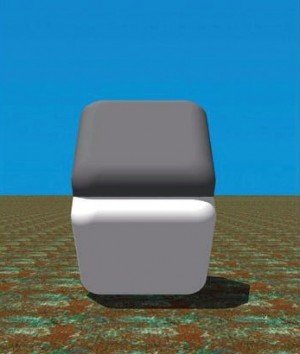 The top box looks darker than the bottom one, right? Well, they’re the same color, but with different shading around the edges. Don’t believe me? Well, I’ve cropped the top and the bottom squares, just for you. Here, look:

See? No difference! It’s all about context.

Other factors that could be affecting perception include variations in the technology different people use to view these photos. This can be everything from the angle you’re viewing it on your phone to monitor settings (brightness and hue), and differences in the technology used to produce the color on the screen. And the filters and lighting conditions under which the photo itself was taken. Here is an illustration someone made to demonstrate the effect that lighting and different monitor settings can have on how the dress appears:

But — given that many people are reporting that the dress is “changing color” on them, I think that the predominant effect that is going on, here, is an optical illusion. Wired.com has a better explanation than I could give you about what is going on exactly. But basically, here’s the deal. Most people think of optical illusions as just something silly and fun. But what these images are actually doing is taking advantage of weaknesses in our perception derived from having eyes that evolved under particular conditions, to do particular things. (Lines are a great thing to play with, because there were very few straight lines in the jungle where our ancestors lived.)

Our eyes are evolved to see mostly in sunlight — i.e. “blue” light….versus, say, firelight, which is more to the red end of the spectrum. The color of the light can affect the way the light reflects off the object we’re looking at, so our brain “compensates” by “filtering out” certain color information in order to get a more accurate idea of what color the object really is. This sort of thing was very important for our ancestors, for whom the difference between a blue berry and red berry may have been: poisonous or not poisonous! (Primates are the only mammals that can see the full “ROYGBIV” rainbow, and this is a big reason why.)

My personal experience with this dress is a great demonstration of how context can affect perception. When I first saw the dress, I was in the bar area of a restaurant, with dim lighting. When my friend texted me about the dress, I had to tap around on my phone (blue light) for a while before I could figure out what it was she was freaking out about. It then appeared to me as white/gold. Then later in the evening, when I was at home with warm, incandescent lighting, my brain filtered out the warm light and it turned blue. Then later, I had a date with my cousin to play the video game Portal, which has a lot of crisp blue hues in it. When I checked Facebook again afterward, my brain filtered out the blue information, and it was back to being gold and white.

There is a whole area of psychology devoted to studying our our eyes can be “tricked” by virtue of the fact that our primate ancestors evolved to extract particular types of information in a particular type of world — mostly sun-lit or moon-lit only, and there were certainly no straight lines! This is why optical illusions are so fun for us! As Obi-Wan says, “Your eyes can deceive you. Do not trust them.”