Home > The reason why this unlikely friendship is blossoming in a tattoo shop will inspire you: “I take five minutes out of my day to keep her smiling”

The reason why this unlikely friendship is blossoming in a tattoo shop will inspire you: “I take five minutes out of my day to keep her smiling” 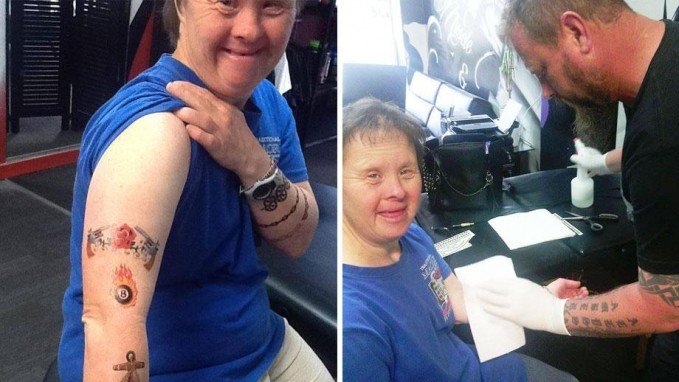 Jason Ward, a tattoo artist at Muscle and Ink tattoo shop in New Zealand, has a special relationship with one of his regulars. 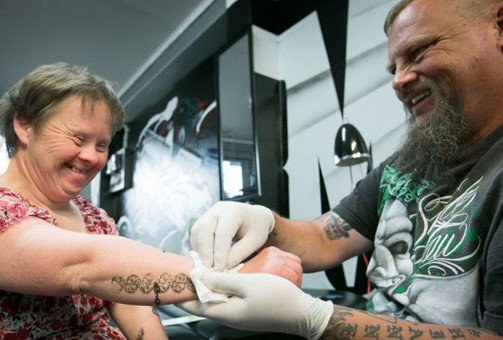 Every Friday a woman named Suzie Barry visits Jason to get a new set of temporary tattoos on her arm.

“The first time she came in, she walked up to the desk, put her things on the desk, and said ‘put these on my arm’!” the tattoo artist recalled. “Someone at Suzie’s care facility has a ta moko tattoo all up their arm…Apparently she goes back there on a Friday afternoon and compares them!” 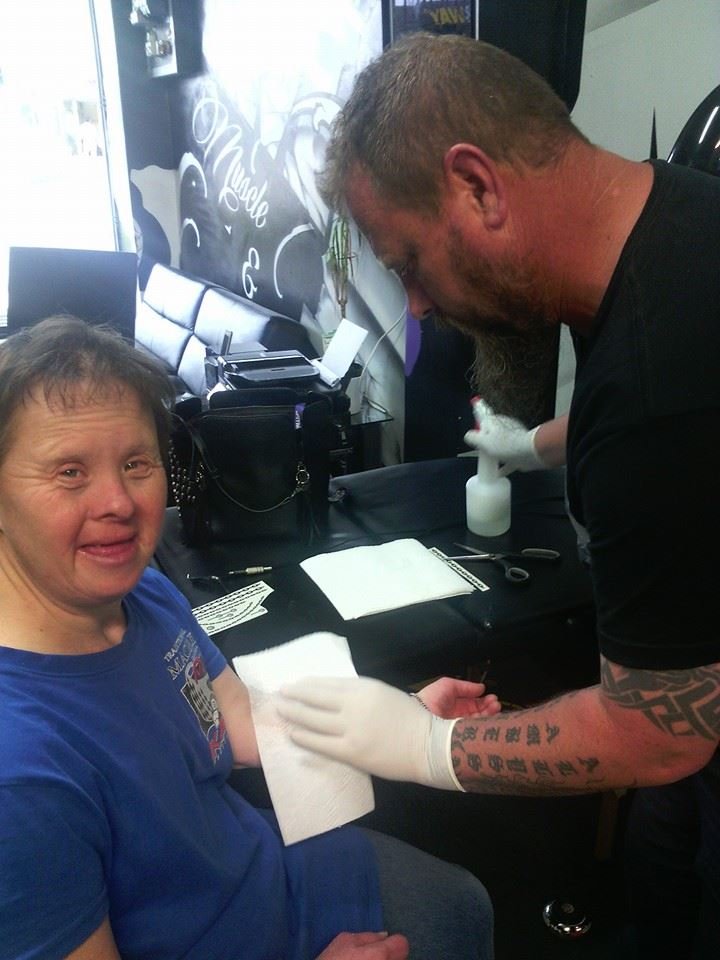 Suzie said that Jason treats her with respect and the tattoos make her feel “equal.” This budding friendship is so promising that Jason doesn’t feel the need to charge Suzie for her frequent visits. In fact, he didn’t even realize that what he was doing was out of the ordinary until a friend shared a photo of the two on Facebook and it went viral. When the media attention started, Jason said he was a little put-off, but ultimately embraced it when he realized it could help inspire others:

“It’s crazy. Some people think it’s a publicity stunt but it’s not, it’s just an everyday thing. On Monday I wanted to hide, I had no idea what was going on. It was crazy that a photo that a friend took could on a typical Friday, could just take off like that. Through the Facebook post we have had so many people message our studio wanting to send us some stick on tattoos. But there are people in the community that you can do this for. It’s great that people want to do something for Suzie, but they could look a little closer to home. If you just do one thing for one person everyday that makes them smile, then that’s your day. If everybody does that then everybody’s smiling.” 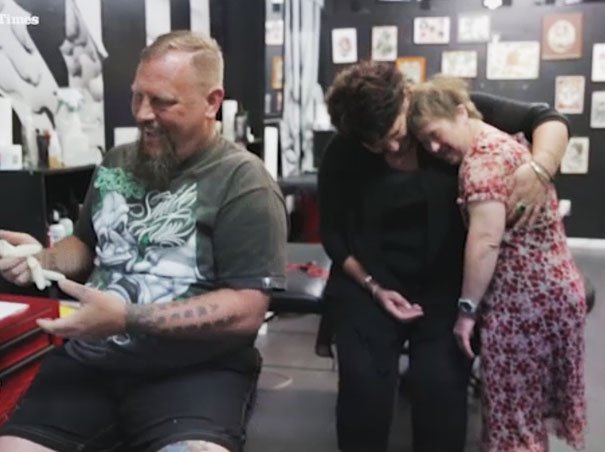 Jul 22, 2015Jamie
Adorable dad gives tour of his baby girl's nursery in the style of MTV CribsMother of Three Recieves Help from Strangers While in the ER with Her New Baby