The Mummers Parade 2020 Will Be a Great Time! 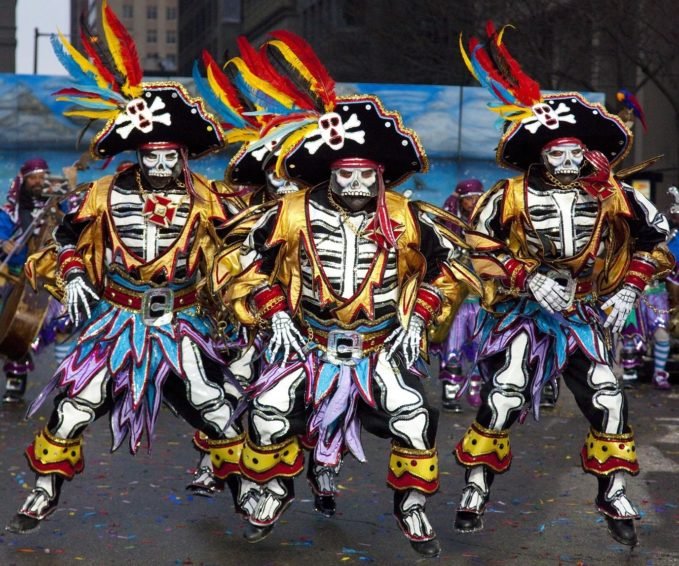 On New Year’s Day in Philadelphia, a centuries-old tradition will march its way down Broad Street in one of America’s most significant historic cities, Philadelphia. The 2020 Mummers Parade is coming up soon and not to be missed. The parade is a mix of spectacular costumes, silly antics, and musical performances that will delight people all ages.

Origins Of The Mummers Parade in Early America

The Mummers Parade is one of the oldest folk festivals in the United States. In 1790, George Washington welcomed the mummers (masked mimes generally associated with Christmas time) who called at his Philadelphia home. The parade grew out of a mix of several immigrant traditions. The Swedish immigrants had a tradition of celebrating the start of the new year with fantastic musical performances. The English and Irish immigrants brought the tradition of the Mummers play, a short scene performed by traveling actors dressed in intricate costumes.

Around 1900, the city of Philadelphia adopted the parade as an official event. Since then, there has rarely been a New Year’s Day without the festive procession. Local people work throughout the year to prepare their spots within one of five divisions:

Where to See the Mummers Parade

The Mummers Parade begins at 9 AM at the intersection of Market Street and 15th Street. It follows 15th Street down to Broad Street. The participants then take a long walk down Broad Street to Washington Street. Most observers will line up along Broad Street, where they can see the entire spectacle.

Although the parade is free at most locations, passionate Mummers fans can purchase special tickets for seating at the main grandstand for $20 a person. You can reserve your seat at the Independence Visitor Center.

If you want to see the full performances of the different divisions, there are four performance areas.

How to Get to the Parade Route

Many of the streets that are near the parade route are closed on New Year’s Day. You can hire a car to bring you closer. Alternatively, public transportation will run on a limited schedule and can bring you within walking distance. No matter which way you go, expect things to be quite congested, so plan ahead.

Where to Stay in Philadelphia

If you are visiting in the city around the end of the year, several hotels in Philadelphia will put you near the parade route. Wherever you stay, the Mummers Parade 2020 will be an unforgettable way to start the new year. Just start planning now, so you don’t miss out on this rare celebration.

Doubletree by Hilton Hotel Philadelphia Center City: This hotel on the parade route offers suites with sweeping views of the city.

Dec 13, 2017Rex
Your Ultimate Guide to Find the Best Pregnancy MattressesThe Most Common Ways to Tell Your Parents You're Pregnant