The Most Realistic TV Shows About the Surgical and Medical Profession 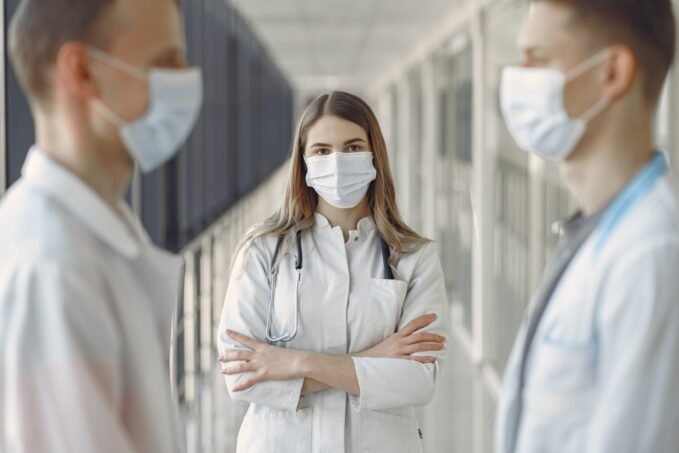 We’ve all seen TV shows centred around hospitals, whether it be a soap opera, sitcom, cartoon or drama. Some of these we can classify as realistic TV shows and some of them are more lacking on the details.

If it’s a sitcom, like Scrubs, it doesn’t really matter how accurate it is as long as it’s funny and charming. For dramas like House, having realistic cases is part of the schtick, including real-life illnesses, frighteningly life-like surgeries, and even nitty-gritty surgery compensation claims.

In this post, we’re going to give you a list of the most realistic TV shows about the surgical and medical profession. We’ll then share a few of the least accurate ones for comparison, so you can decide which ones are most up your street to get stuck into.

Realistic TV Shows to Watch About Surgery and Medicine

We’ve all been in a situation where we’ve seen something on a TV show and instantly noticed how fake it looks. In this case, most of us have been in a hospital and will find it relatively easy to spot things that don’t seem right.

Spotting these mistakes can take your mind out of the show and back into your living room real quick. This is why some of the most engaging and best tv shows are realistic ones, some of which include:

You’d think a sitcom about young doctors who spend most of their time finding their place in the hospital’s social hierarchy and dreaming up weird fantasies would be pretty unrealistic. In actual fact, Scrubs is one of the most realistic TV shows about the medical and surgical profession out there.

Insider interviewed a series of doctors asking for their opinions on the show. Their comments fit into three main opinions:

They also said it’s one of the only shows that seems like it was ‘made for doctors’ which is very high praise coming from those who work in the profession. Even if it’s not the most realistic show on this list, it’s definitely the most realistic sitcom.

House is one of those shows you know is realistic from the minute you start watching it. One of the main reasons for this is that all the cases depicted in the show actually happened in real life.

Realistic TV shows help keep the audience engaged, but House actually keeps physicians engaged too! This is because the cases chosen for the show are some of the craziest cases ever to be solved in the medical profession.

The show almost serves as a teaching tool for its audience. Any fan will be able to tell you whether you have jaundice just by looking in your eyes, and know how a lumbar puncture procedure is carried out.

However, if this was just a realistic TV show with unusual cases, it wouldn’t be that entertaining. What makes it entertaining is the main character, Gregory House – a neurotic drug addict who has to solve the mystery each week with his team of medical diagnosticians.

Fun fact: House is actually based on Sherlock Holmes, who Arthur Conan Doyle originally based on a medical diagnostician.

We’ve now talked about the most accurate medical comedy, and a drama with interesting and quirky cases. On the contrary, ER is the show with the most realistic depiction of how hard it is to be an emergency doctor.

ER is a realistic TV show because it accurately depicts how fast-paced the ER is and how exhausting it can be for emergency doctors. It also makes good use of correct medical jargon, which wouldn’t be of much consequence to the average viewer but would definitely trigger anyone who works in a hospital.

For those of you not living in the UK, you might not have heard of this period drama. It centres around a group of midwives living in East London in the late 1950s and 60s.

The creators of the show made sure they had an advisor on board so that they could make it a realistic TV show. The show is so realistic, in fact, that the its advisor was asked by a real-life midwife how they managed to convince labouring women to give birth on camera.

Call the Midwife is also praised for its medical accuracy and relies on research from medical and historical journals for its storylines.

Some of your favourite medical TV shows might not have been listed above, so we thought we’d give a cursory shout out to the least realistic TV shows in case it shows up there.

Grey’s Anatomy is a strange one because, although the show’s writers work with medical advisors, it chooses to portray drama over accuracy which stops it being a realistic TV show. One of the show’s writers, Karen Pike M.D., told Stamford Medicine Magazine that the writers often ignore her advice.

The show has also been criticised for showing interns performing surgery solo, hospital superiors being bypassed, and residents making mistake after mistake without facing any repercussions. Oh, and one surgeon can apparently perform every surgical procedure known to man from complex brain surgery to delivering babies.

This show has been criticised for making its residents appear superhuman. When a patient is brought to the hospital, the doctors main concern is stabilising them until they can work out a diagnosis.

In The Resident, the trainees often diagnose cases in a matter of seconds, nothing like House where it takes an entire episode to solve a case.

Also, the main character seems to get on a lot of critic’s nerves with his apparent foul-mouthed obnoxiousness and lack of respect for authority. A trope seen in many TV shows, but not one you expect from a trainee starting his first job at a hospital.

Our final unrealistic TV Show is Nip/Tuck. The show has been given props for its accurate portrayal of surgery, but not for its depiction of the life of a plastic surgeon.

This one could probably have gone in the realistic section. That said, so many plastic surgeons disagree with the way the main character is portrayed that it can’t be classed as a realistic TV show.

On the plus side, most of these critics found the show entertaining, and were jealous of the fantasy lifestyle the surgeons in the show were leading.

Does it Matter if a TV Show is Realistic?

In this post, we’ve managed to share four of the most realistic TV shows based on the medical profession and three of the least realistic.

Thankfully, the accuracy of shows doesn’t always reflect their entertainment value. Some of the least accurate shows are actually as entertaining as the realistic ones. I’m sure there are even some shows out there that are hyper-realistic and boring.

All that really matters is that you enjoy them. However, there is something to be said for realism, helping you engage with the story and buy into the world the show has built for you.

Thank you for reading – now go watch these shows if you haven’t already!

Nov 17, 2018Rex
3 Ways to Bring a Mediterranean Look to Your HomeTips For Treating Teething Babies