Home > The Idiot’s Guide to Klout

The Idiot’s Guide to Klout 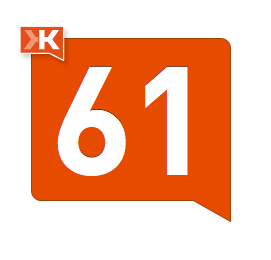 I’m the idiot, and here is my guide to Klout.

I signed up for Klout (having no clue what it was) because a friend told me to. Apparently, this is a common occurrence.

When I attempted to learn how Klout worked I came across complicated explanations, or posts dedicated to how much the writer hated it.

So, here is my dumbed down discovery of how Klout works:

Klout measures your social media influence. It has nothing to do with you. It is about people reacting to the content you release.

I’ll use two people as examples-

And to make this post more interesting, I’ll let my kids name them.

(example 2): Spiderman has 200 twitter followers and tweets frequently, but less often than Poophead

Poophead has a lower Klout score than Spiderman

How can that be?

Poophead has many followers, but they are not engaged in her content. There are few social engagements from the content she is sharing.

Spiderman has a smaller loyal set of followers. They engage in his content almost every time he posts.

Poophead has content that few people forward on to their own social networks.

Spiderman posts contain engaging and interesting material. His posts are consistently and frequently shared and retweeted by his followers. His posts then cause engagement in follow-up comments, as well.

Poophead  has a large audience of low Klout scores

Spiderman has a smaller audience, but they all have high Klout scores.

So, stop stressing about your lack of twitter follows, and worry more about the awesome content you are generating!