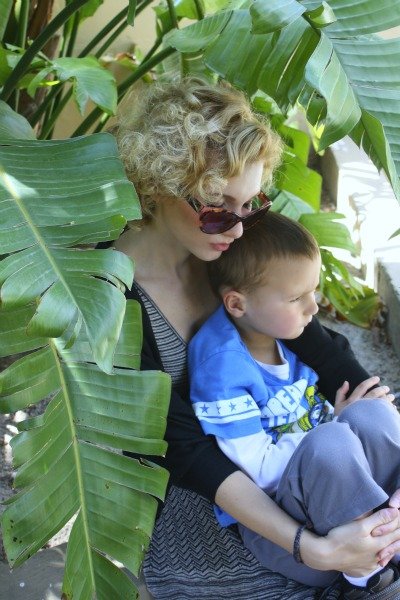 Before taking a trip, Brian and I always discuss our concerns with the areas, especially when the kids are also coming with us.

With any trip, our biggest concern seems to be illness, because it is not only extremely stressful to be sick in an unfamiliar area, but also can be extremely dangerous if you don’t know where or who to go to for aid.

Well, our biggest fear came true on our second day at Madikwe when Aram not only contracted a serious bug, but the stomach bug caused vomiting every 15 minutes for 24 hours. 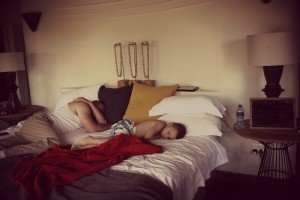 Within the first hour of his symptoms we alerted the staff at Madikwe. The lodge is almost on the border of Botswana, and the closest clinic is a 3 hour drive. The closest reputable hospital is a 6 hour drive. We knew, in a medical emergency, a helicopter would be used to bring the person needing medical assistance quickly to the hospital.

The team at Madikwe are trained medics and our lovely guide, Andre, came in to look at Aram. He seemed okay, but it was important to keep a close eye on him.

Within the first hour of his vomiting, I called Jay Gordon, which awoke him (because it was around 2AM in California). For the next two days, Jay had me give him almost hourly updates, where he assessed Aram even when it was the middle of the night in California.

When Madikwe was alerted they brought a phone over with a doctor who specializes in assessing situations in rural areas, and also will tell you where the nearest reputable clinic is, if the case is severe enough to need medical assistance. He gave me his cell phone number to give to Jay, so they could come up with a plan together. However, after speaking with Jay, the other doctor had the exact same assessment of Aram. All agreed we could and should stay, but monitor him. If we decided to go to a clinic (even if the doctor’s said it wasn’t necessary) Madikwe assured us they would be ready at any time we needed them, we just needed to say the word.

After three days with improvement, but still illness, we left Madikwe for Cape Town. We were met at the airport by Terry’s partner from Destination Southern Africa, Craig. He was alerted that Aram was sick and assured us that Cape Town has some of the best  doctors in South Africa.

When we arrived at More Quarters, we were warmly welcomed by the staff that immediately let us know a doctor was on his way over to look at Aram. He arrived about thirty minutes later and did a thorough examination of our little patient. The doctor said we did a great job keeping him hydrated, as he was not dehydrated at all, which was inconceivable for the amount of vomiting he had done the past three days. He also did an instant malaria test, which was negative (thank God). At the end of the examination, the doctor gave us some prescriptions, only to fill if he wasn’t improving the following day. He believed Aram was going to be on a quick road to recovery.

Aram, unfortunately was not improving much at all so we did fill the prescription. Two days later, he was back to his old self… Oddly, he requested only McDonalds the first two days he felt better (we do not eat that at home). We were so happy he was eating, and gladly obliged his request. 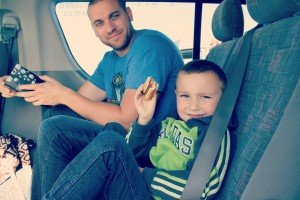 I never thought I would be happy seeing my child eating a McDonalds hamburger…Never say never!

The lesson I learned in this is that if you plan accordingly, you should never be afraid to travel abroad with your children. Even in light of this illness, our experiences from our trip outweighed the awful parts of being sick, and Aram wholeheartedly agrees.

Also, I’ve never felt more safe and secure during an illness with my child than I did on this trip. What a wonderful feeling to not feel alone and to have so many people genuinely caring about the well-being of someone you love so much.

A big thank you to Destination Southern Africa, Madikwe Safari Lodge, More Quarters, and Dr.  Jay Gordon for really going out of your way to provide excellent care for our child during what could have been a terrifying time for our family.