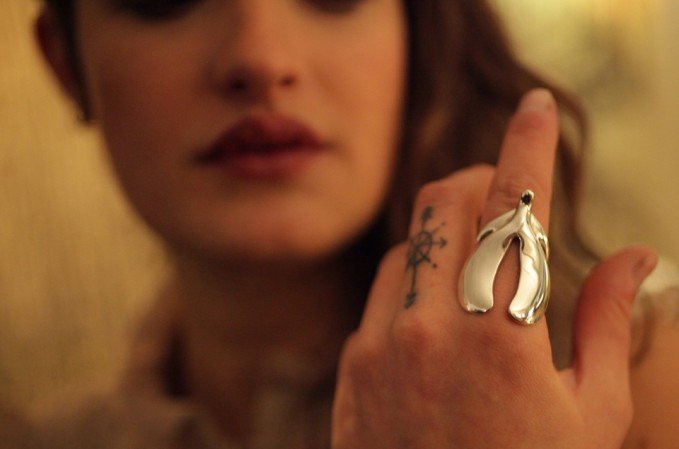 Watch out world, the clitoris ring is taking the internet by storm.

The PenelopiJones Experiment has designed “The Clitoring” a set of rings and pedants which “illustrate the newly rediscovered internal structure of the clitoris.”

The majority of people seem to be aware of the outer “button” as the entire clitoris. However, this this ring depicts internal anatomy, which has a wishbone appearance.

And since recent studies suggests that the G-spot and vaginal orgasms seem to be a thing of make-believe…every woman should be extremely aware of her clitoris. If a pretty ring helps women become more comfortable with their anatomy, then who could possibly argue with that?

If you are in the market for a piece of clitoris jewelry then head over to PenelopiJones. (Solid silver jewelry starts at $122 and solid gold starts at $535.)