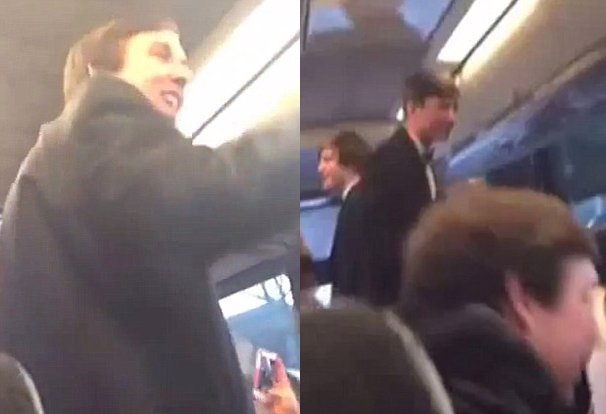 This article was written by Mark Hagland, co-founder of Transracial Adoption Group, regarding the apology from the parents of the University of Oklahoma Sigma Alpha Epsilon members who were recorded chanting racial slurs.

I was added by a friend to the Transracial Adoption Group several months ago. Mark is an adult adoptee from Korea who always seems genuinely passionate about combating racism and educating and raising awareness regarding white privilege.

Here’s something to consider that I think is very timely right now. I’m posting this not to demonize the parents of this student (one of the fraternity leaders who led the horrific racist chants at the University of Oklahoma that ended up on social media and have caused the current uproar there), but rather, to point out and comment on one piece of their statement (please read the full content via this link):

While it may be difficult for those who only know Levi from the video to understand, we know his heart, and he is not a racist.

I wanted to point out the inevitable dynamic that emerges whenever a racist incident emerges into the public square. And that is this: inevitably, when something like this (the University of Oklahoma Sigma Alpha Epsilon fraternity racist chants incident) comes to light, the person (or in this case, persons) accused of a racist act, behavior, or statement, twists the dynamic by retreating to the “I am not a racist! I have a good heart!” stance, or gets others (as in this case) to do so on their behalf.

And then the entire public discussion of what has happened shifts away from the injury caused to the person or people of color injured in the incident, and definitely away from any institutional racism implicated in the incident at hand, and instead, ends up focusing on the “good heart” of the perpetrator(s) of racism, as the parents of this fraternity member are attempting to do. The person (or persons) accused demands to be given the “benefit of the doubt,” or even–often, in fact–accuses their accusers of racism–and manages to move the entire discussion away from the transgression itself, and from the broader social or institutional context of that transgression.

This happens all the time–ALL THE TIME. And this is one of the reasons that people of color are so reluctant to speak up when they are racially aggressed, because this dynamic is inevitably manipulated to shame and silence them, and to keep the white person (or persons) who has committed an act of racism undisturbed, and to maintain the status quo (and in the case of institutional racism revealed, to keep the mechanisms of social control in place).

What’s more, on a fundamental level, this is about white privilege–the ability of white people to evade accountability through societal lack of understanding of what racism actually is and how it works–through a lack of understanding that allows everyone to get stuck time and time again on a core misinterpretation of the dynamics of racism that frames racism as some kind of inherent and dreaded personal characteristic (and one that virtually no one who isn’t a Grand Wizard of the Ku Klux Klan will ever admit to, and perhaps not even some Grand Wizards), rather than a social reality embodied in everyday words, behaviors, and actions.
I just wanted to try to shed some light on a dynamic that is so commonplace, in light of the current uproar over the University of Oklahoma fraternity outrage.

Thank you for reading and considering this.

Mar 11, 2015Jamie
How are you spending your tax refund?Mom Cleared of Child Abuse Charges Goes into Hiding in Fear of CPS Bullying