Home > The Truth Behind the Thanksgiving Holiday

The Truth Behind the Thanksgiving Holiday 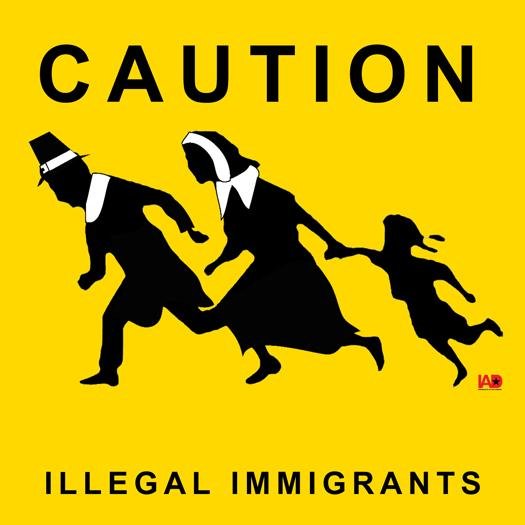 The Thanksgiving that we all know and love is actually a 19th century creation. By the early twentieth century it was really established as what it is – a family gathering to celebrate blessings. The true history of Thanksgiving is a controversial topic in certain circles. Some believe that the holiday is actually disrespectful to the natives of our land because colonists ended up committing mass genocide and dehumanizing native cultures.

Taking all of this into account, I hope that we’ll consider respectful ways to celebrate and decorate for Thanksgiving. I do have Native American friends who celebrate Thanksgiving because they are aware that the way we celebrate today is a 19th century fabrication. Our current Thanksgiving is truly it’s own creation – a time for family and thanking God for blessings -and doesn’t need to be tied to this tragic part of our history. Below is some food for thought from Catherine O’Neill Grace and Margaret M. Bruchac, authors of 1621 A New Look At Thanksgiving.

The strange people leave your house. You think they have seen you but you’re not sure. It doesn’t
matter, though, because you’re so glad to see them go. Maybe they’ll just get into their big air ship and
fly back to wherever they came from. Even if they have taken things that belong to you, you’ll be happy
to see them leave.
But as you watch, they don’t seem to be leaving. In fact, they appear to like it in your big backyard.
They begin to bring things out of the machine. They set up and saw and cut down one of the biggest
trees!  They are going to build a house with it, probably in that favorite spot of yours back there by the
stream, because that’s where they are clearing away the bushes and digging out the grass. They cut
down another tree and another and another!  They are building two, three, and a half dozen houses.
They have furniture and pans and dishes and rugs and curtains—everything that you have in your house
and some other things that you don’t even recognize. They also have big weapons that flash with a big
bang. You think that they could probably kill you with one big bang just as they have killed some of the
pets in your yard.
You stare at all the activity going on out there in your backyard. Suddenly you start to cry. These
strange people who have come from somewhere far off and who are so very rude are not going away—
ever. They are going to stay. They are going to live in your own backyard and use your garden and your
toys and fish in your stream and cut down your trees and act as if it all belonged to them!
Then a very strange thing happens. A group of the strangers have been talking together and pointing
toward the very place where you are hiding. Do you think they could have spotted you?  Yes!  They are
coming right toward you, talking and smiling. You don’t know what to do. Should you run?  Call for help?
Stay perfectly still?  One, who is closer to you than the rest, takes your hand and pulls you out to stand in
front of them. They are smiling and pointing at your favorite place by the stream where they are
building their houses. They want you to come with them!
As you do, the one holding your hand says: “We like you. We like this place. We are going to live
here from now on.”  Without asking if you are surprised or if you want them here, that person points to
a table set with a great feast, smiles and says: “Come. Celebrate with us because we have reached the end of our long journey and have found a wonderful place to live.”

Now that we’ve got an understanding of Thanksgiving, start deep-frying those turkeys at Jane’s Kitchen Miracles!