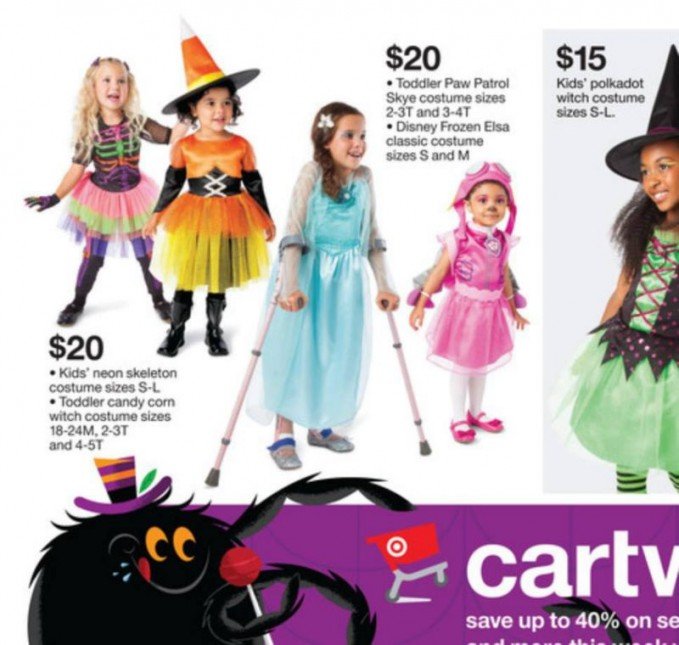 Dear Target,
I love you. Thank you for including a child with braces and arm crutches into your advertising campaign! And as Elsa, no less! My daughter (with arm crutches and prosthetic legs) is going to FLIP when she sees this! Including children with special needs into advertising makes them less of a spectacle to the general public when they venture out into the real world. Normalizing disabilities in children is PRICELESS.

Jen’s 5-year-old daughter, Jerrensia, decided to be Elsa for Halloween and rocked the costume like no other. 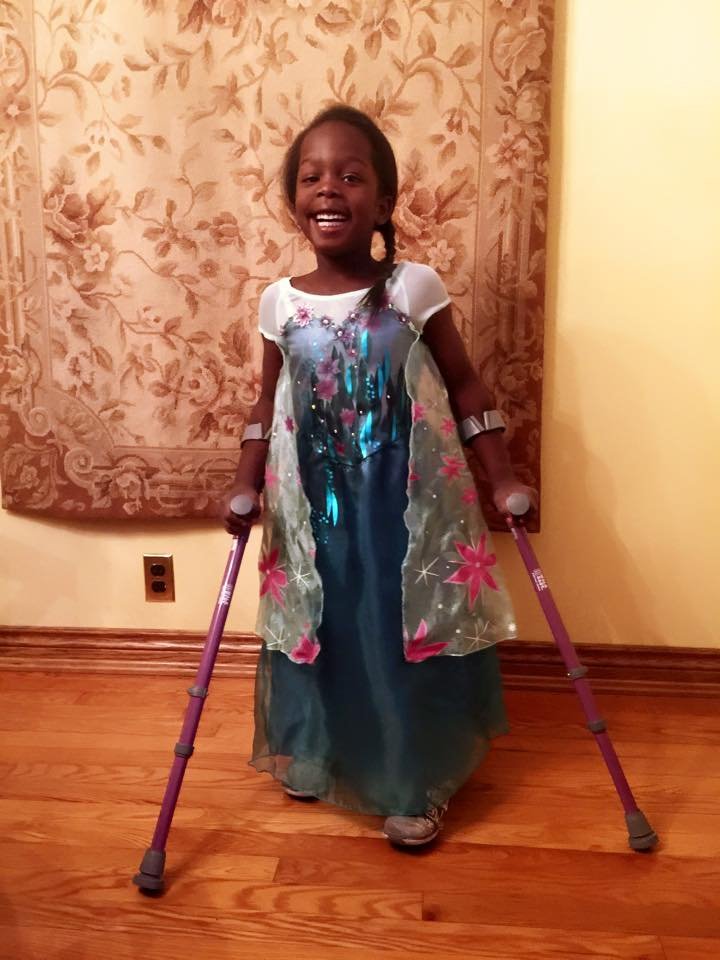 Target has had a banner year of changing the way society thinks. Earlier this year they did away with gender separation of toys and games within their stores. Their amazing breastfeeding policy was made public, as well, this year. What may be one of the best parts about this ad is that Target did it without fanfare. They just put it out as if it was a normal ad – because it was. This isn’t the first time Target has added diversity into their advertising, challenging the societal norms of advertising. In 2012, they were praised for running an ad featuring a child with Down Syndrome.

Nov 19, 2015Jamie
Camping Tips: 8 Things you Need to Know Before you GoSnazzy Maintenance