Why Is This News 4 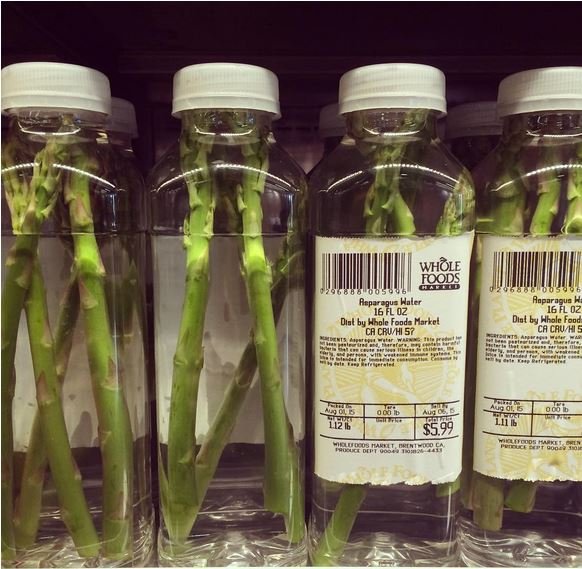 McDonald’s is tricking your brain into thinking you’re breastfeeding 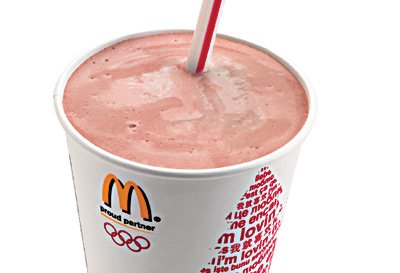 There may be actual science behind why McDonald’s milkshakes are so satisfying. The straws may be designed to mimic the flow of breastfeeding when you drink the milkshake. McDonald’s are geniuses!

When humans drink something, the speed that produces the most delicious feeling is the speed at which babies nurse…McDonald’s straws are designed so that when

Obama Wore a Khaki Suit and Then the Internet Exploded Obama wore a khaki suit the other day and (as always) Twitter went crazy: 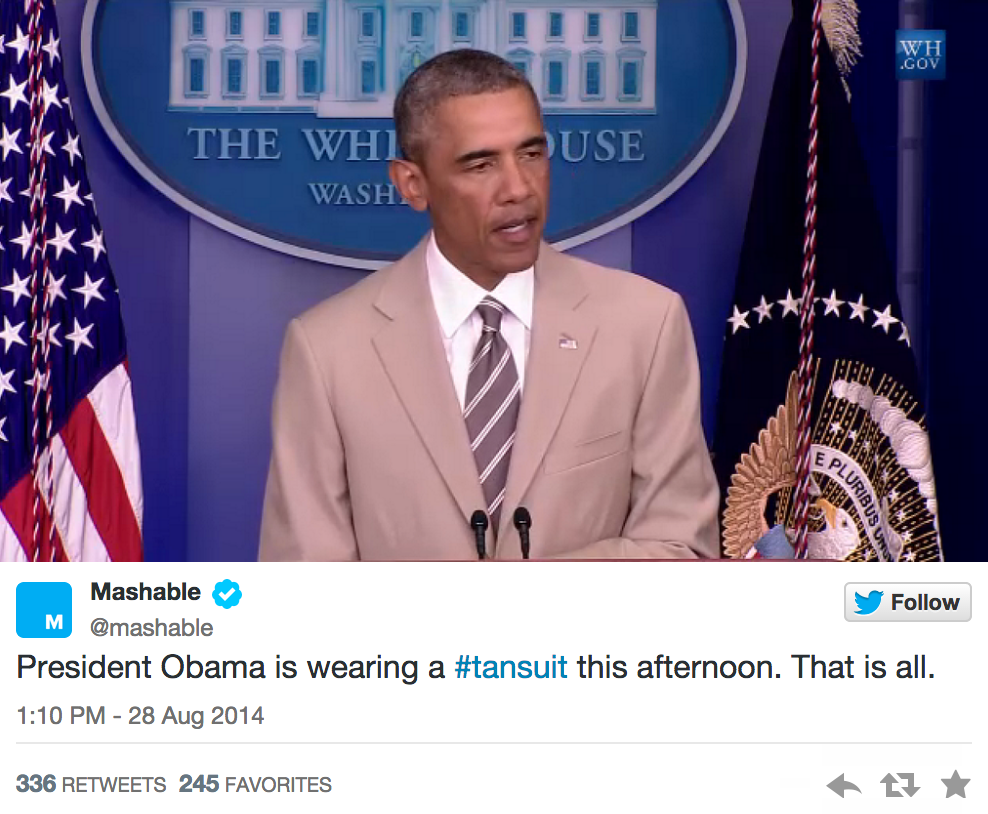 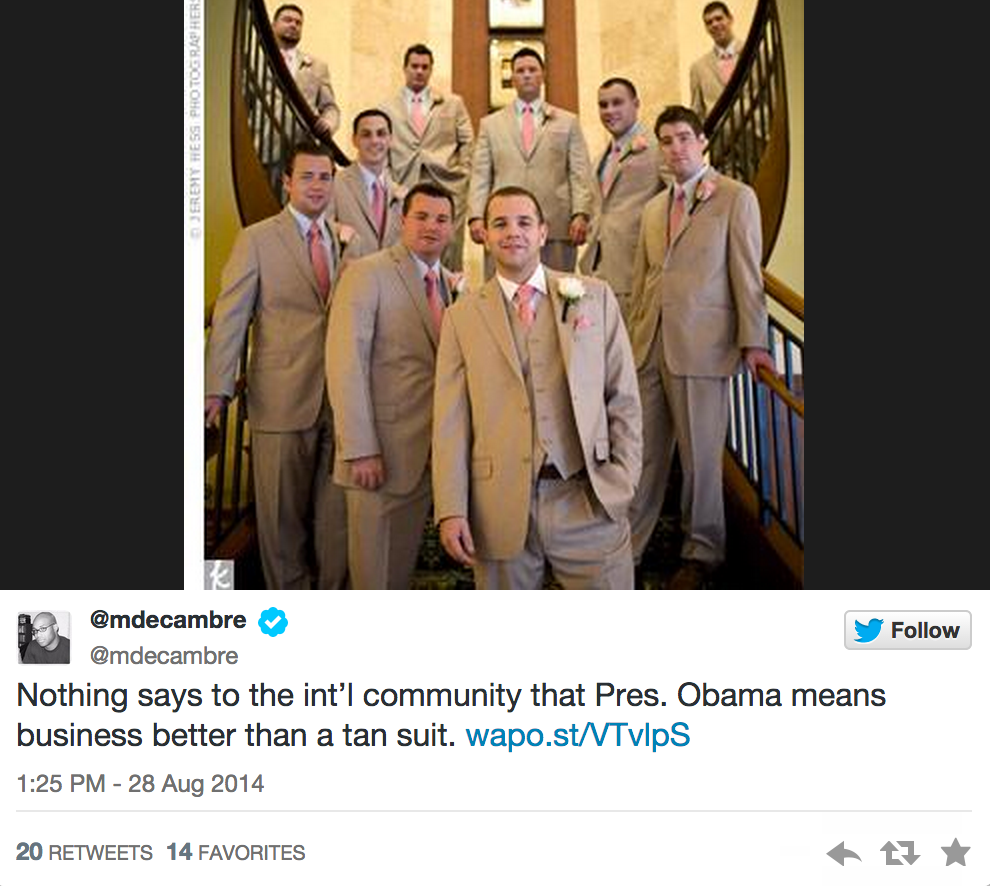 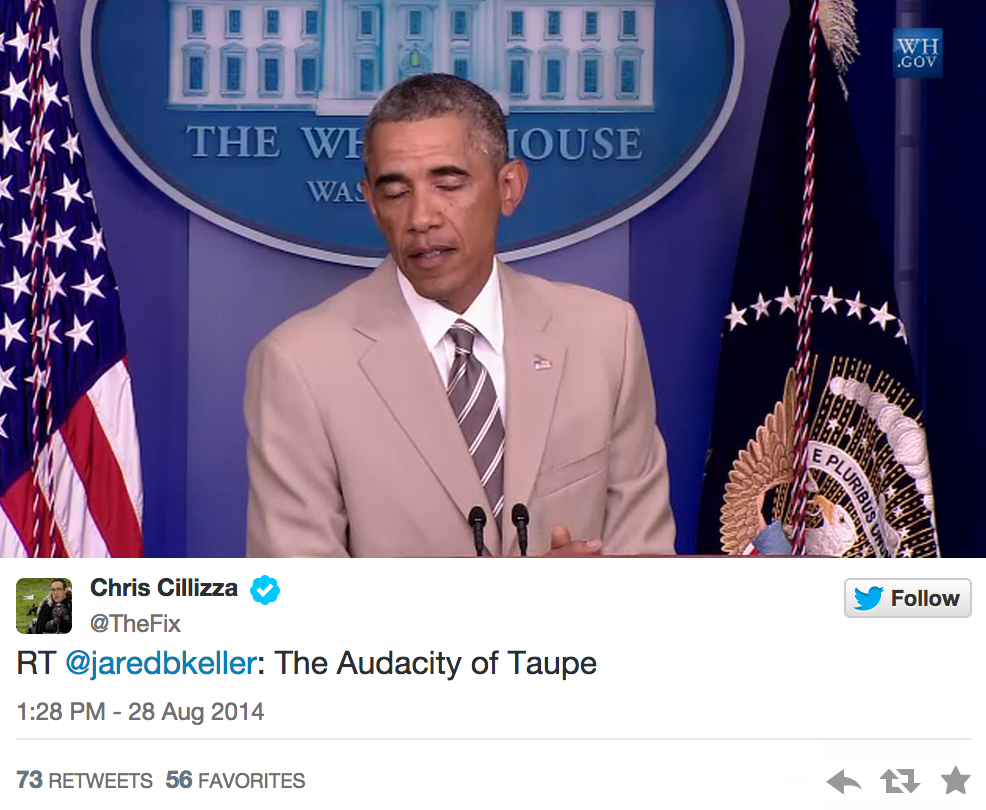 Honestly, the first thing I thought of when I saw it:

“Dressed in Locs and khaki suits and ride is what we do
Flossin but have caution we collide with other crews.”

Quite fitting if you consider that this was a briefing on Syria, Iraq, and Ukraine.