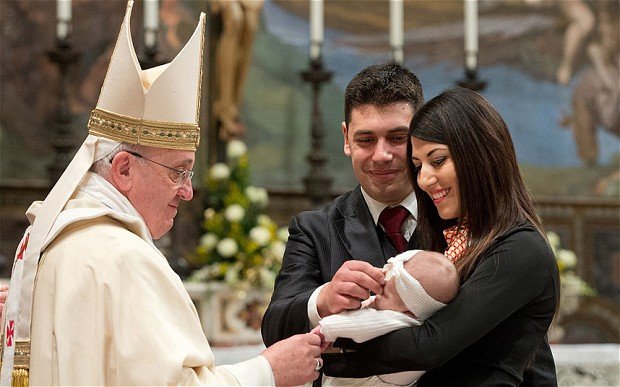 Pope Francis baptized 32 babies in the Sistine Chapel on Sunday and told their parents not to hesitate to breastfeed them there when they become hungry or restless.

He admitted the surroundings may come across as intimidating, and specifically addressed not the … Keep Reading!!!