You may remember that hilarious “pengwings” viral video that was released a few weeks ago. Someone watching a BBC documentary narrated by Benedict Cumberbatch noticed that he could not say the word ‘penguin.’ It was just another quirky thing that made the actor more lovable.… Keep Reading!!! 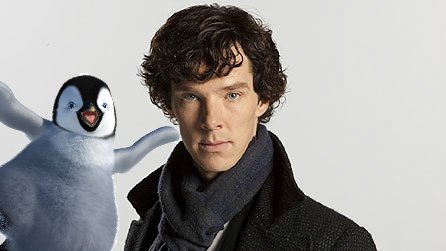 Actor Benedict Cumberbatch is has become a global sensation thanks to his starring role in the hit crime drama Sherlock.

He recently narrated a BBC documentary about the South Pacific, but there were a few viewers who noticed something peculiar…
The narrator could not pronounce the word “penguins.” From “Pengwings” to “Penglings,” Cumberbatch just couldn’t do it.

It reminded me of a child trying to say “spaghetti” but every time it comes out as “psghetti.” High adorable factor on both … Keep Reading!!!