Woman Gives Birth to 10lb Baby in Her Car 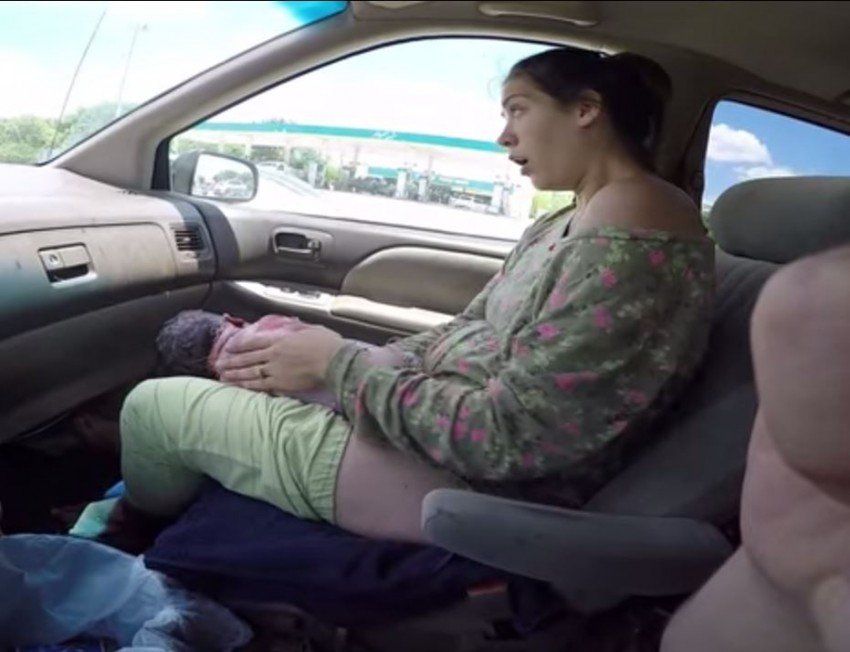 A Texas woman gave birth to her third baby, in the front seat of her car, while on the freeway. Her husband caught the entire event on video.

Reacting just as my husband would, the new father of three high fives his wife and then muses about if they can save money on paying for the birth center now.

Warning: While no nudity is seen, the video is unedited so if birth makes you uncomfortable I’d avoid clicking. My birth was very special, and probably not what most women experience for themselves, in a society of fear and one that does not honor the power and strength of being a woman. I am not bragging about this time in my life, I just want to communicate it, in the hopes of creating a opening for the possibilities that do exist.… Keep Reading!!!