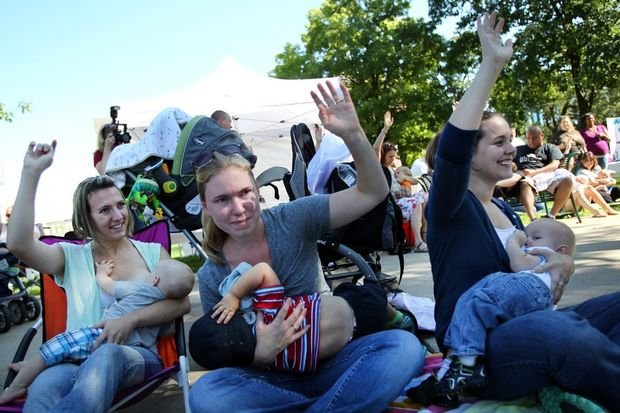 Prior to 4:30 Tuesday afternoon it was legal in Michigan to discriminate against a woman nursing in public.

While it is still unclear what the penalties will be for establishments or individuals who discriminate against a breastfeeding mother, this law approved by Governor Snyder (and sponsored by state Senator Rebekah Warren) has many Michigan moms breathing a sigh of relief.

Michigan is now the 46th state to pass this type of legislation protecting a mother’s right to breastfeed … Keep Reading!!! According to breastfeedinglaw.com (great resource, btw),  in the state of Missouri mothers can legally breastfeeding in public:

“Breast-feeding in public permitted. 191.918. Notwithstanding any other provision of law to the contrary, a mother may, with as much discretion as possible, breast-feed her child in any public or private location where the mother is otherwise authorized to be.
(L. 1999 S.B. 8 & 173 § 6) 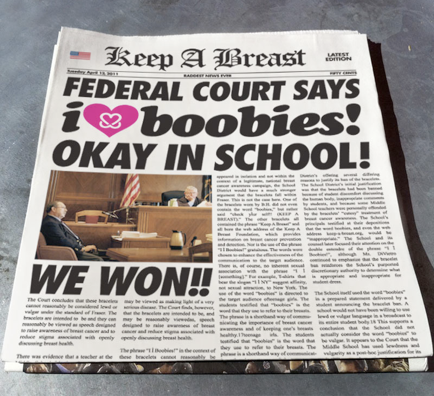 On Monday, the US Supreme Court rejected an appeal which aimed to ban students in Pennsylvania from wearing the “I ‘heart’ Boobies!” breast cancer awareness bracelets.

The Easton Area School District tried to prohibit youths from wearing the bracelets, alleging the words were lewd.

13-year-old students, Brianna Hawk and Kayla Martinez were given half-day suspensions on Breast Cancer Awareness Day after they refused to take off their bracelets. The students legally challenged the ban in 2010, citing freedom of speech.… Keep Reading!!!