The Relentlessly Gay Battle of the Neighbours 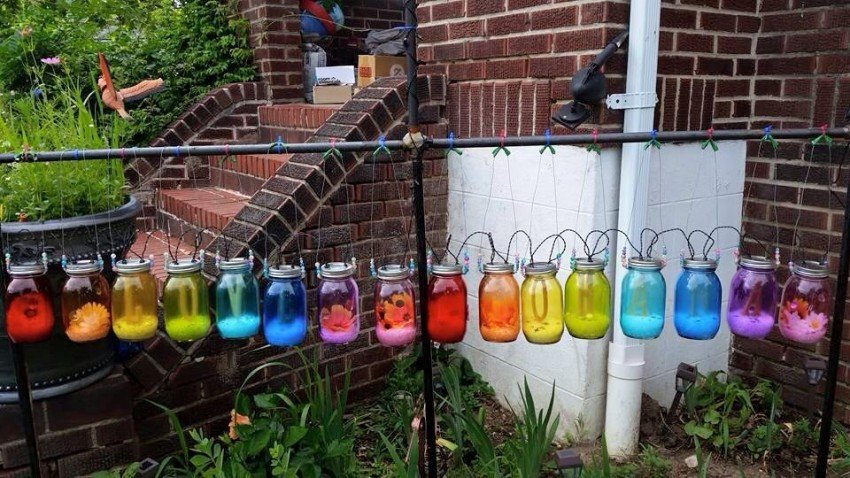 Baltimore homeowner, Julie Baker, who is a widow and mother of four, wanted to brighten up her yard in a very Pinteresty way. She made solar lamps with mason jars and spelled out “love” an “Ohana” (the Hawaiian word for family) within them. It’s a beautiful project that I now wish to replicate for my backyard.

One, I’m sure, very upbeat and friendly neighbour took offense enough that they decided to send Julie a note. 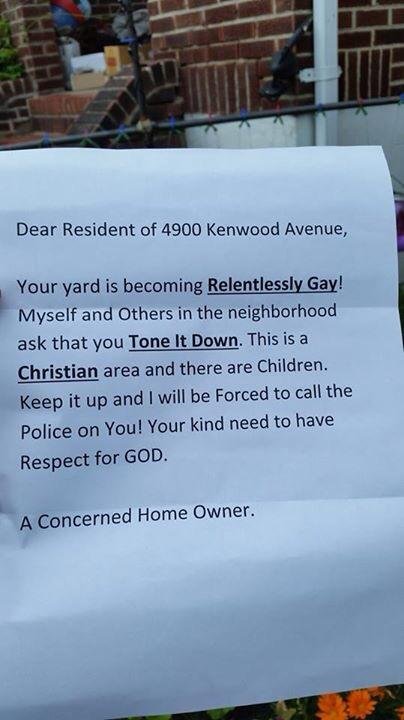