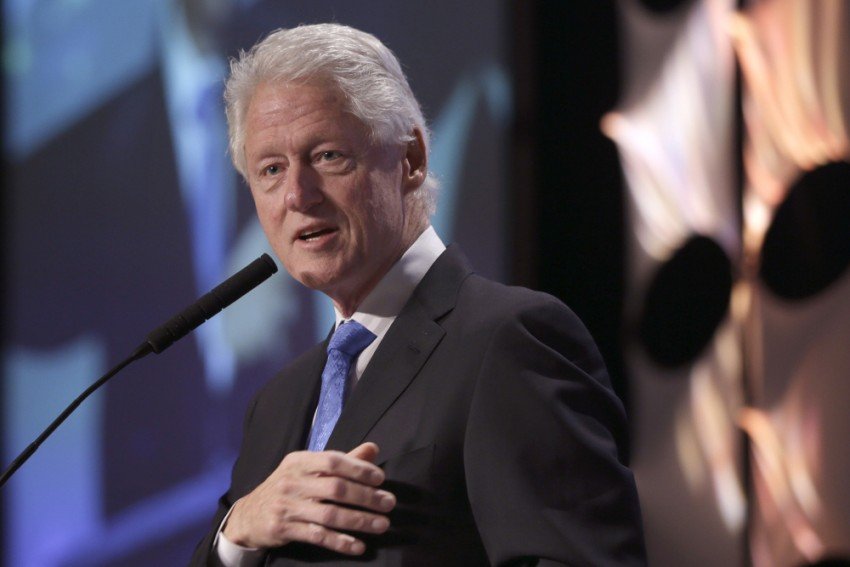 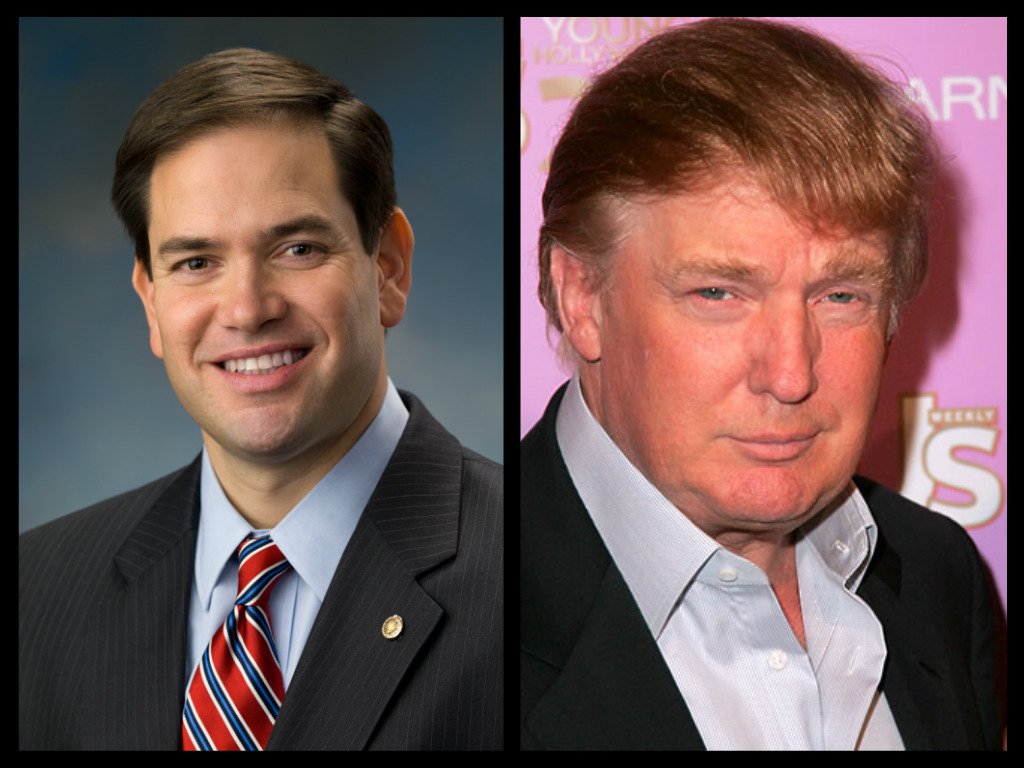 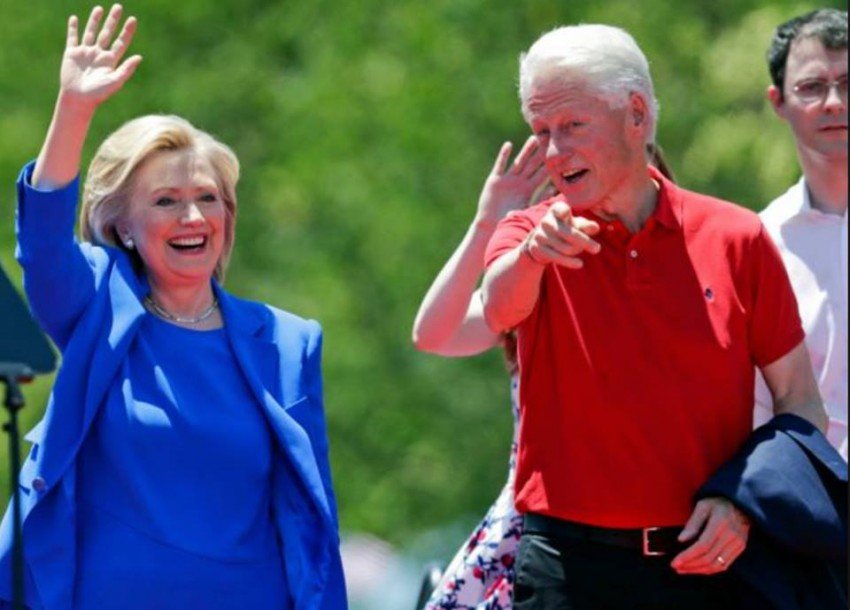 Summer’s upon us and so is the Presidential Campaign. Hillary Clinton’s husband, Bill, joins her on the campaign trail looking casual and comfortable in a red polo shirt and black dress pants, with the matching black belt. His red shirt complimented Clinton’s blue suit perfectly making for a very patriotic duo.
To turn this casual outfit into more fitting attire for Clinton’s speech, Bill added a perfectly fitted navy blazer to his ensemble. A daring choice to pair with black … Keep Reading!!!