Gabi Shull was just nine-years-old when she was diagnosed with cancer in her right knee. In order to save her life, doctors were left with no choice but to amputate her leg. They removed her knee and then reattached her foot backwards in order to give her the best chance of walking comfortably in a prosthetic.

The tiny dancer recovered, but she was left with a decreased ability to dance en point for her ballet classes. Things seemed hopeless on … Keep Reading!!!

Video: Ken Jeong of the Hangover Took the Role for His Wife Who Was Battling Breast Cancer

Well, here is a tear-jerker for you.

In true Ken Jeong fashion, he’ll find a way to make you laugh, even when you’re in the midst hearing of some serious information. That is probably why he was such a well liked doctor prior to leaving his career in internal medicine to become an actor. His first big role? Leslie Chow in The Hangover.… Keep Reading!!! 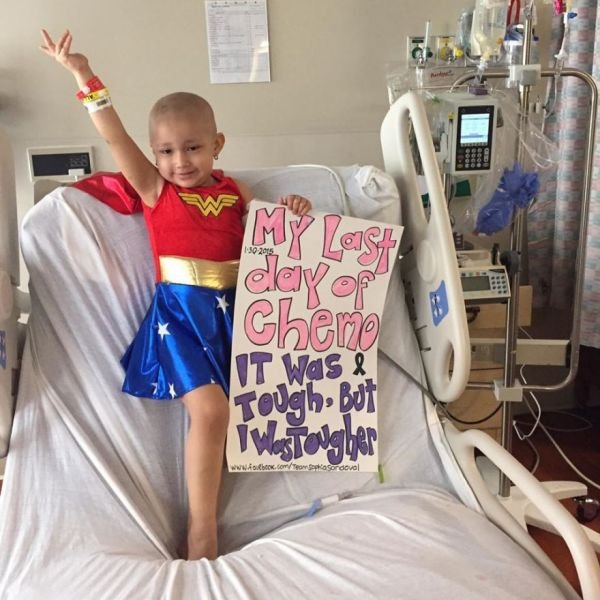 Sophia Sandoval dressed up as the mighty Wonder Woman and held a sign to commemorate her last day of chemo. The mighty little girl just went through multiple treatments due to a brain tumor.

The sign reads, “It was tough, but I was tougher.”

Lynda Carter would agree! The actress who played Wonder Woman on the 70s TV series, spoke out in support of the little girl and called her “A real-life WW!!” 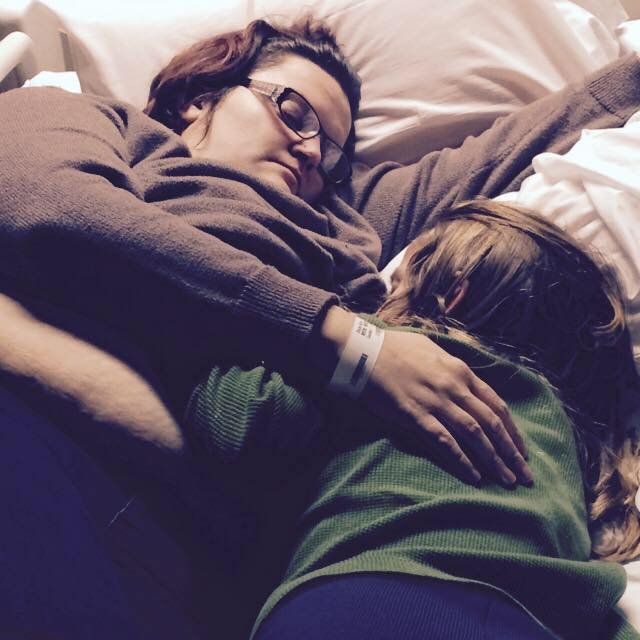 Text and image by Kylie Olean

This is the photo my daughter (13yo) took when I nursed my 4.5yo son for the last time.

One of the hardest parts of all this leukemia/chemo/hospitalization stuff has been its effect on my relationship with EJ. Obviously, it’s affected Alex as well, but there’s a big difference in how she can understand what’s been going on and how EJ has. Don’t get me wrong – in general, he’s been a trooper; however, it’s … Keep Reading!!! “Sometimes, kids get sick and then their hair falls out, that’s really, really sad…I don’t want any kids to be sad that they have no hair. What I want to do is give them my hair because I have long long hair, just cut some of it off and give it to someone.” –Emily James, age 3

When three year old Emily James learned about children losing their hair to cancer, her mother suggested that she consider donating her … Keep Reading!!! 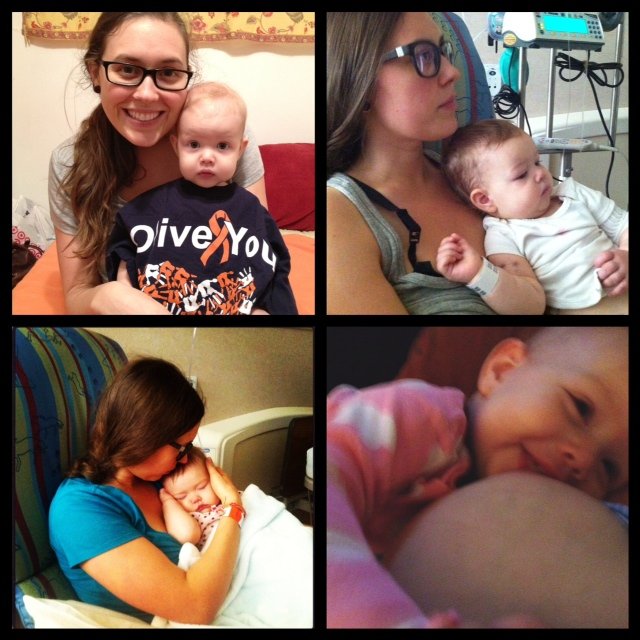 *Before commenting, we ask that you read the follow-up to this story here.

I was committed to breastfeeding my daughter from the very beginning. Her
conception was a complete surprise, but as soon as I discovered I was
pregnant I began researching everything.

I decided to have a water birth at home with midwives, and learned
everything I possibly could about breastfeeding. I received many warnings
from well-meaning family members to not be too disappointed if … Keep Reading!!!