Home > Switched at birth: New parents on the search for their biological son, taken from them in hospital

One of the worst things a parent-to-be could imagine is their child being switched in the hospital. There have been movies based on this (both fictional and non) a TV show based on this exact scenario is currently on air. For Richard Cushworth and his wife Mercedes Casanellas it’s not a movie, it’s their life. They are real life parents searching for their biological son. Even worse, they are making a pretty good case for this being planned by their doctor as part of a human trafficking ring.

When they welcomed their son into the world in May, in El Salvador, they quickly noticed something was wrong. After her c-section Mercedes was put under complete anesthesia after being told she was nervous by the anesthesiologist.

I held him and remember thinking that he looked like my husband. He was very white and had similar features 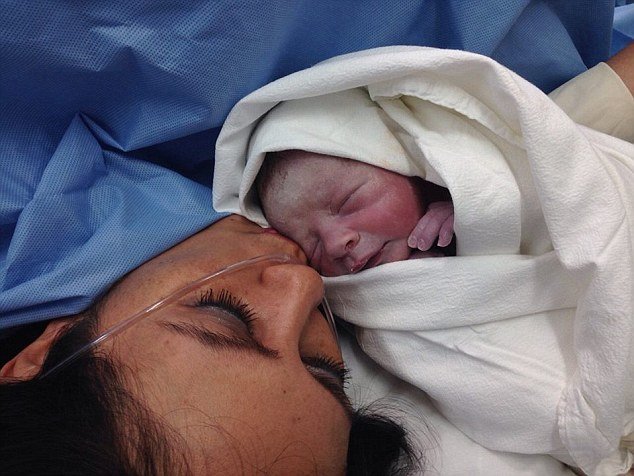 The only kiss mother and son have shared.

When she woke up in the morning she tried telling the nurses that the baby they handed her was not the one she met the day before in the OR. His skin was darker and he did not resemble either of the. She even recalls that during pre-natal ultrasounds the doctor constantly told her that her son had dark skin, something impossible to tell via ultrasound.

Despite their instincts and doubt they took their son home to Texas. After a few months of providing for the child they finally got up the nerve to get a DNA test. The results showed a 0.00% likelihood of the child biologically being either of theirs. 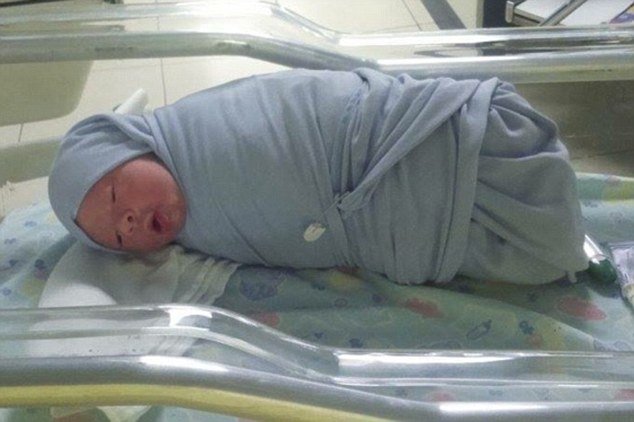 The baby they were given and have been raising as their own.

They are now on the hunt for their biological child, but are fearing the worst. Dr Alejandro Guidos has been arrested in El Salvador and is being investigated. All babies who were born the same day at that hospital have had DNA tests run. It seems the baby they have was not even born that day.

I just want him to give me my baby back. I want to know that my child hasn’t been trafficked or any other crime committed against him. I need my baby, I’m just asking for my baby.

A simple plea from a mother so heartbreaking it’ll bring anyone to tears.

Richard and Mercedes have also starting looking for the parents of the baby they have in their custody. Human trafficking experts say his biological parents were likely either pressured into adoption, which was not completed officially, so the baby could be used for this ploy or they were told baby was born still and are out there somewhere mourning their loss. Both Richard and Mercedes state that they love their son and will continue to care for him and raise him but feel it’s right to get him back to his biological parents if he was wanted by them.

Update: Their child has been found and it seems to be a hospital error and the babies were switched. Thank goodness for these parents listening to their instincts and demanding answers. They have been re-united and the babies will both be going home with their biological parents. I am so beyong thrilled that this had a happy ending. I hope both families can find healing in this and work through what I’m sure is a mess of emotions about handing over the baby they’ve bonded with while taking home the one that is theirs. 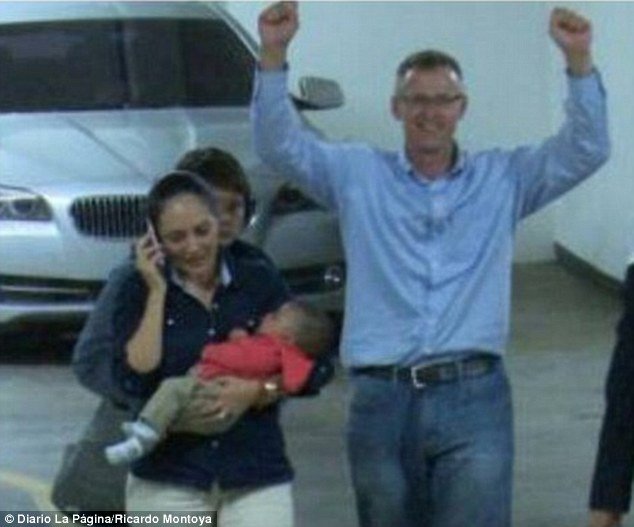 Their last moments before getting their son back and returning the son they’ve been raising to his parents.

Sep 7, 2015Jamie
Pregnant dog saves a toddler's life by breastfeeding himConversations with toddlers are even better when acted out by two grown men