Home > Sudanese Woman Sentenced to Death for Apostasy to be Released!

Sudanese Woman Sentenced to Death for Apostasy to be Released! 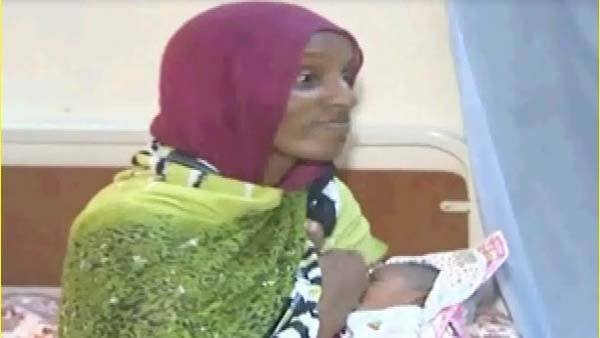 The Sudanese woman sentenced to death for refusing to renounce her Christian faith has been “freed” according to Sudan’s SUNA News Agency.

“The appeal court ordered the release of Mariam Yahya and the cancellation of the (previous) court ruling.” –SUNA News Agency June 23, 2014.

Meriam Ibrahim grew up in a home that practiced Oriental Orthodoxy and married a man of the same faith. However, prior to the arrival of the couple’s second child, she was charged with apostasy and adultery. She was later sentenced to 100 lashes and death by hanging.

This case quickly became international news. The controversy spread when the world learned that this 27-year-old mother was imprisoned with her 18-month-old son. The outrage only grew when her husband reported that Meriam gave birth to their second child while shackled.

Meriam’s lawyers had to face many obstacles as they battled an inconsistent court system, international media attention (including false stories fed to the press by government officials), and the ever-controversial Sharia law and its implementation method in Sudan.

The public took to social media and petition sites to try to bring more attention to the issue. (Change.org’s petition had nearly 1 million signatures when news broke of the release order.)

This case, thankfully, has a happy ending. However, we hope that the various human rights issues brought up during this trial will continue to be discussed and challenged by those so troubled by Meriam’s story.