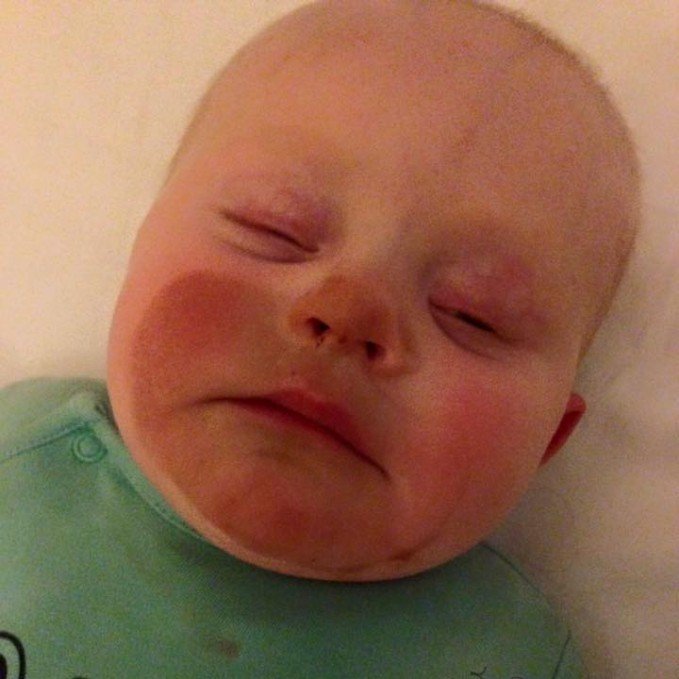 After her tanning session she nursed her 7-month-old son, Cooper. When he was done she was shocked to see a baby beard. Like any of us moms would do she immediately snapped a pic and put it on Facebook so other moms could join in her laughter. The photo went viral. Because someone always has to be the party pooper there were of course some critical comments but most were supportive. Many women even added their own spray-tan baby fail photos in the comment section.

For anyone who needs to know, for future reference, the beard came off completely with a few baby wipes. No harm, no foul.