Home > Sleep with the Hyenas

Sleep with the Hyenas

I wrote earlier about the Hamlin Fistula Clinic in Addis Ababa.

We had met with the president of the clinic and our group arranged to head down to Yirgalem to check out the clinic, placed in the more rural area. 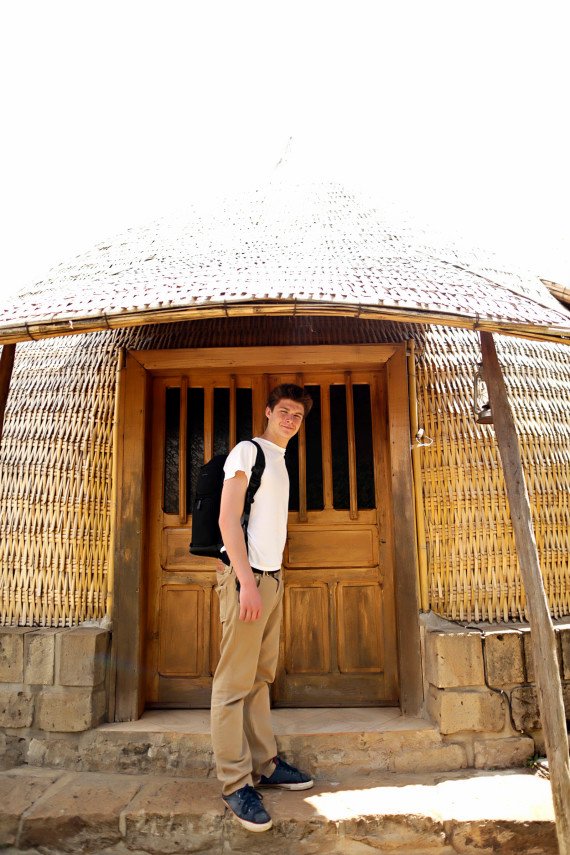 Quinn outside of his hut. -Photo by Lori Dorman

Grace, our type-A planner, thankfully took charge when we got news that there was an outbreak of airborne cholera and meningitis in the area we were planning on staying. I was in South Africa with a sick child when I heard the news, so I was panicking probably more than I normally would have been if I received the news in the states. 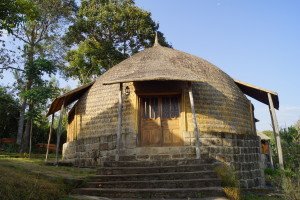 Grace suggested we stay at Aregash Lodge, which ended up being spectacular. The people who run the lodge are a married couple who grow all their own food on site. My hut had multiple dividers creating “rooms”. 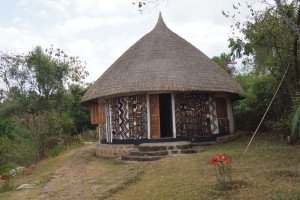 The Hyenas were out in full force that night and Grace woke up to strange cackling howls outside of her hut.  To make matters worse, the power wasn’t working because of a storm, so it was pitch black. I remember waking up to that sound and being mildly disoriented (at that point I had been traveling for about a month and hadn’t stayed in one location longer than 5 days). Once I realized what it was I was able to block the sound out and go back to sleep.

Unbeknownst to the rest of our group, poor Grace had no one to give her even the slightest reassurance that everything was okay and was attempting to come into our hut, but was trapped due to a pack of hyenas being in her way. Not surprisingly, she did not have a good sleep that night.

So, if you’re going to Ethiopia, I highly suggest the Aregash Lodge, but be aware there are (harmless if you stay in your hut) hyenas in the area that do sometimes get a bit chatty in the evening.

Jul 11, 2013Jamie
Why Lego Stands the test of TimeA Breastfeeding Story: When Mom Loses 3 Liters of Blood in Labor